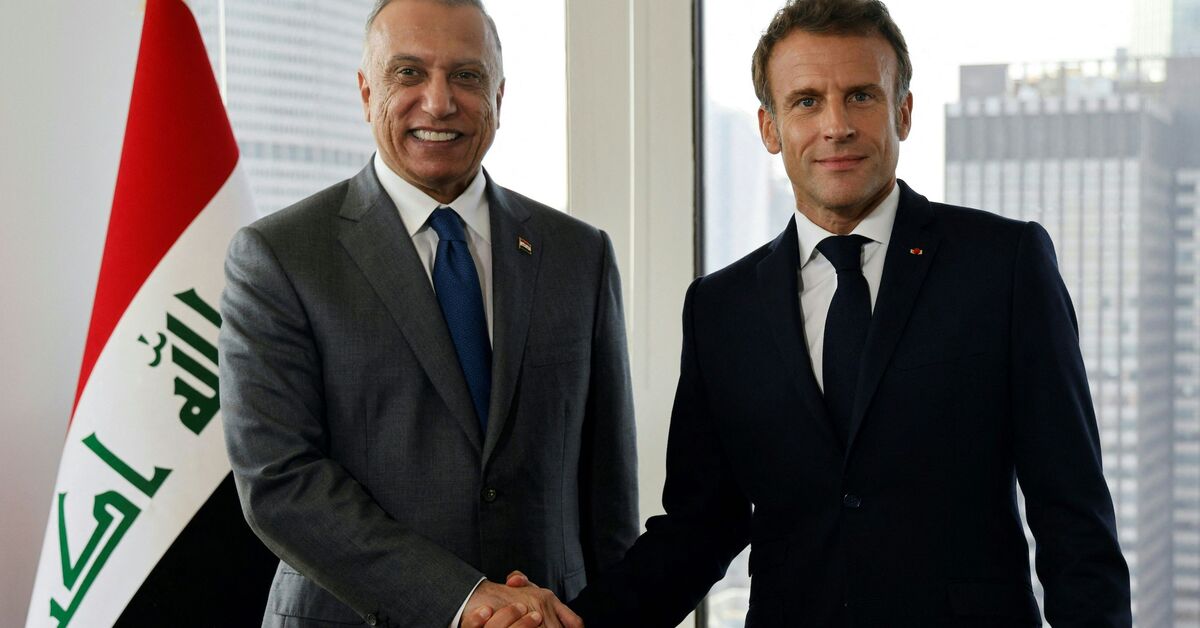 Iraqi Prime Minister Mustafa al-Kadhimi addressed the UN General Assembly – his first speech to the world organization – and emphasized Iraq’s role in regional security, stability and energy supply to the world, and gave his view on the internal political crisis and solutions of Iraq and the environment in Iraq. challenges.

“Iraqis are fighting terrorism and beating it on behalf of the whole world,” Kadhimi said. “The task has been arduous and our people have made enormous sacrifices not only to free their country from the terrorist gangs of ISIS, but also to prevent them from threatening people everywhere and uprooting its destructive ideology.”

On the margins of the UN General Assembly, Kadhimi met with Secretary General of the North Atlantic Treaty Organization (NATO) Jens Stoltenberg to push for greater security and military cooperation between Iraq and NATO countries through training, advice and the exchange of information.

Speaking to the meeting, Kadhimi also highlighted Iraq’s efforts to repatriate Iraqi families to the Syrian al-Hol camp and reintegrate them into their home cities, and asked the international community to cooperate in solving the problems. with the camp, including citizens of different countries. , including many European and other western countries.

Regarding Turkey’s and Iran’s bombing of Iraqi territory, Kadhimi said: “Iraq areas should not be used under the guise of countering terrorism or protecting the national security of other countries in a way that endangers our security and stability. “

Regarding the political crisis in Iraq, Kadhimi blamed the political parties for not taking advantage of last year’s election opportunity to form a government.

“Despite the success of the election – the integrity and professionalism of which was praised by the Security Council and the UN, among other international organizations participating in election surveillance – political forces failed to form the government, leading to to a political deadlock,” he said. said.

After last October’s elections, which led to Muqtada al-Sadr winning the largest bloc, his Shia rival, the Coordination Framework, prevented him from forming a government in alliance with his Kurdish and Sunni allies by taking a blocking third party in parliament. to shape.

Sadr withdrew from parliament in June, giving the Coordinating Framework a chance to fill its seats and become the largest bloc.

The Coordination Framework attempted to form a government last July with the appointment of Muhammad Shia al-Sudani, a figure close to Nouri al-Maliki (who has a historically hostile relationship with Sadr). But Sadr’s supporters stormed parliament and halted the trial.

The dispute led to a bloody clash in Baghdad’s Green Zone late last month, which eventually led to the Sadrists’ complete withdrawal from the Green Zone to prevent further bloodshed.

In his interview with Al-Monitor in New York this week, Kadhimi said Iraq’s political class is facing a “crisis of confidence” with the public and that excluding Sadr, for example, could lead to a repeat of October 2019 or worse.

“Everyone now understands that any government that does not involve Sadr will face enormous challenges,” Kadhimi said in his interview.

Kadhimi called for a national dialogue a month ago and two sessions have already been held. The dialogue led to an agreement to organize early elections and reinstate Sadrists into parliament.

“My government has called for serious and transparent dialogue for all different political forces and parties to discuss ways to get out of the current political crisis,” Kadhimi told the meeting.

In an interview with New York’s Iraqi state television Al-Iraqia yesterday, Kadhimi called for a third session of the national dialogue.

In the meeting speech, Kadhimi emphasized Iraq’s role in mediating between rival countries in the region.

In his interview with Al-Monitor, Kadhimi revealed that Iraq had been involved in five discreet mediation attempts in the region, including the Iran-Saudi Arabia talks. He also revealed that the next round of talks between Iran and Saudi Arabia will soon take place in Baghdad, which he says will lead to a higher-level meeting.

Baghdad also held a regional summit last year, the Baghdad Conference for Cooperation and Partnership, with the presence of all of Iraq’s neighbors except France, Qatar and Egypt.

During the meeting between Kadhimi and French President Emmanuel Macron on the fringes of the UN General Assembly, both leaders stressed the need to organize a second conference, similar to the one in Baghdad, and discussed preparations for it. It will be held in Jordan next time and moved to other participating countries every year after that.

Kadhimi also warned of the environmental crisis in Iraq, stressing that due to various environmental issues, “Iraq has become the fifth most vulnerable country to climate change.” He blamed Iraq’s riparian states for cutting off water from Iraq and causing serious damage to Iraq’s famous natural reserves – the swamps – which are a UNESCO World Heritage Site.

He highlighted Iraq’s important role in supplying oil to the world and his government’s efforts to ensure that Iraq’s energy industry and energy sector meet environmental standards by working on clean energy projects.

Iraq has signed five main contracts with leading companies such as Masdar of the United Arab Emirates and ACWA Power of Saudi Arabia to build solar installations for the country, which is suffering from a lack of electricity; the country is currently heavily dependent on fossil fuels.

Iraq also signed a $27 billion contract with TotalEnergies last year to extract all of the Iraqi-associated gas now burning and another energy project to develop Iraq’s oil, gas and electricity sectors.