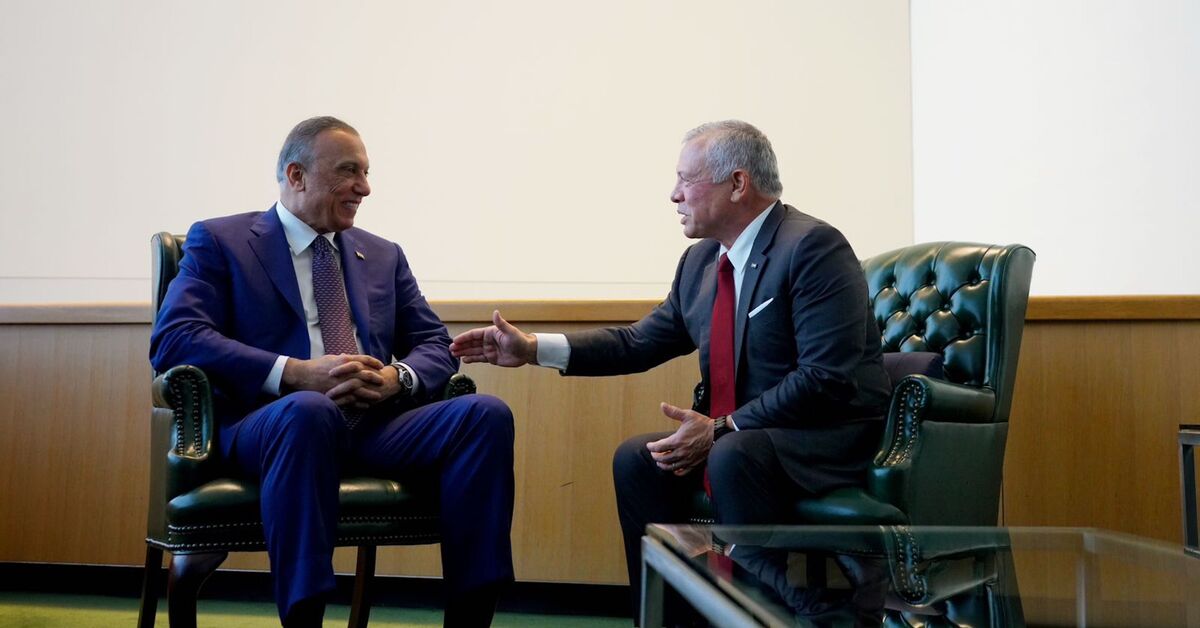 NEW YORK – Iraq must move from a “past that is full of violence” to a future based on dialogue, Iraqi Prime Minister Mustafa al-Kadhimi said in an exclusive interview with Al-Monitor.

Kadhimi, who delivered his maiden speech to the UN General Assembly this week, is trying to forge an agreement between Iraq’s political parties that focuses on inclusion and involvement, rather than exclusion and violence.

Kadhimi has established a national dialogue between Iraq’s political leaders and parties, which is perhaps Iraq’s best hope, or at least a crucial first step, to prevent further political deadlock, if not outright violence, and Iraq on the road to elections .

Iraqi leaders have failed to form a government since the October 2021 parliamentary elections. Iraqi populist cleric Muqtada al-Sadr’s party won the most seats, but his rivals’ success in rallying a third of lawmakers into a counter party has prevented him from forming a government.

Sadr withdrew his lawmakers from the Council of Deputies or parliament in June. The rival alignment of the Coordination Framework, made up of mostly Shia parties, including some with Iran, is seeking to form a new Iraqi government.

When the Coordinating Framework tried to form a new government last month by nominating Mohammed Shia al-Sudani – who is a close figure of Nouri al-Maliki, a historical enemy of Sadr – the cleric’s supporters took parliament and other government buildings. seizure. Fighting between the Shiites spread across the streets of Baghdad, including clashes between militias in the heavily fortified Green Zone that killed more than 60 people and injured hundreds.

The only empty seat so far in the national dialogue is Sadr, but Kadhimi is optimistic as he believes Sadr’s participation is essential for Iraq’s political stability.

“Everyone now understands,” said Kadhimi, “that any government that does not involve Sadr will face enormous challenges.”

Iraq’s political class is facing a “crisis of confidence” with the public, he said. For example, excluding Sadr could lead to a repeat of October 2019, or worse.

Kadhimi took office in May 2020 following the resignation of his predecessor, Adel Abdul Mahdi, who stepped down after security forces and armed groups killed more than 500 anti-government protesters between October and December 2019.

The popular Tishreen movement and the increased role of new independent parties in Iraq are a sign of change, which Kadhimi is taking to heart.

The government’s deadlock comes in the wake of some notable achievements in foreign policy and regional integration over the past two years.

Kadhimi’s regional policy included that we “be very clear with the Iranians, tell them that we want relations, a state-to-state relationship, and that we want non-interference in internal affairs.”

“Iraq under Saddam Hussein was an unstable power in the region,” Kadhimi said, “from day one, we would change these dynamics to make a positive contribution to stability and regional integration.”

“It was Iraq and Jordan who launched the idea of ​​a new Levant,” he said, a concept based on common grounds and interests “to serve the ultimate benefit of all through development, through economic ties and also through of energy bands.” including plans for an integrated electricity grid.

“The thinking behind this trilateral agreement with Jordan and Egypt is to create a mechanism for wider coordination with the wider regional countries,” he added.

That broader coordination also includes the states of the Gulf Cooperation Council (GCC).

Kadhimi, along with King Abdullah of Jordan and Egyptian President Abdel Fattah al-Sisi, attended the June Security and Development Summit in Jeddah, attended by US President Joe Biden.

At the summit, there was also a memorandum of understanding with Saudi Arabia and the GCC for power grid coordination.

“Some radical elements in Iraq did not want, or did not want, hope that relations with the GCC would progress in this way,” Kadhimi said. “But the majority of the Iraqi people support this relationship, and they are happy with it.”

See also  I'm a lawyer, why do stores let you walk out if they suspect you're shoplifting?

During his meeting this week with French President Emmanuel Macron, the two leaders discussed plans for a conference in Amman, a follow-up to last year’s summit in Baghdad, which established Iraq as a “hub” for regional diplomacy and efforts to expand the region. to stabilize.

“Many countries that had disputes, bitter disputes, attended the conference and sat at the same table in Baghdad,” Kadhimi said. “And we are now discussing the right time to hold this conference [in Jordan]which will aim to establish further coordination to address the challenges facing the region and the world.”

Kadhimi said Iraq has been involved in five discreet mediation efforts in the region, including talks between Iranian and Saudi officials in Baghdad.

“Due to the degree of disengagement that existed between Iran and Saudi Arabia,” Kadhimi continued, “we needed these five rounds of talks so far between the parties to build a climate of trust.”

He said there will be another round of talks shortly before negotiations can move to a higher level.

“This role of Iraq contributes to peace and stability between regional countries, and this also has repercussions on Iraq itself,” he said.

Kadhimi took office two years ago during a severe political and economic crisis.

“The economic situation in Iraq collapsed,” he explained. “We got to a point where we could no longer afford the salaries of civil servants and pensioners. We were in the middle of the coronavirus [pandemic]. Oil prices had collapsed. And the Iranian-American conflict hit Iraqi soil.”

He added: “That is why we have made the difficult decision to present an economic reform document called the White Paper. It is the first economic reform document in seven decades presented by an Iraqi government. Many were against my decision to continue with this. This white paper outlined a five-year timeline during which the Iraqi economy will witness reforms, moving it to another stage.

See also  Scholz: Germany well placed in terms of energy to get through the winter

“As a result, political parties fearing the success the government could achieve through this document have reacted to block funds and support from this government. This is why, while I have been Prime Minister for 28 months, the political forces only allowed me six months to work on a budget. Despite that, I was able to launch several strategic projects, including Fao Port, the largest port in the region, extracting associated gas, solar energy, building 1,000 schools a year and finishing dozens of unfinished hospitals, roads and other projects.

“Iraq’s central bank reserves declined,” he said, “but in the past 18 months they have increased from $49 billion to $86 billion. We pay civil servants’ salaries in full. The gold reserve reached unprecedented levels. We also worked to restarting the projects, the construction projects, that were stuck for 10 years or more without moving forward.”

Kadhimi continued: “We have opened three major hospitals in the country and signed contracts for alternative energy. So you can see that there is a methodical approach to the development of the Iraqi economy.”

“The exchange rate change that we carried out in Iraq was one of the most successful changes, or adjustments, of national exchange rate models in the world. It happened without serious consequences. We also inaugurated a number of highways. And we launched the first project where flare gas is captured and routed to power plants,” he said.

“We have managed to achieve all this despite the serious efforts of political parties to block progress,” he added.

Kadhimi said: “We also worked on a project to fight corruption. Corruption has a major impact on economic development. Unfortunately, this project faced fierce resistance from mafia and corrupt influential people. The government now faces revenge from those adversely affected by this anti-corruption project.”