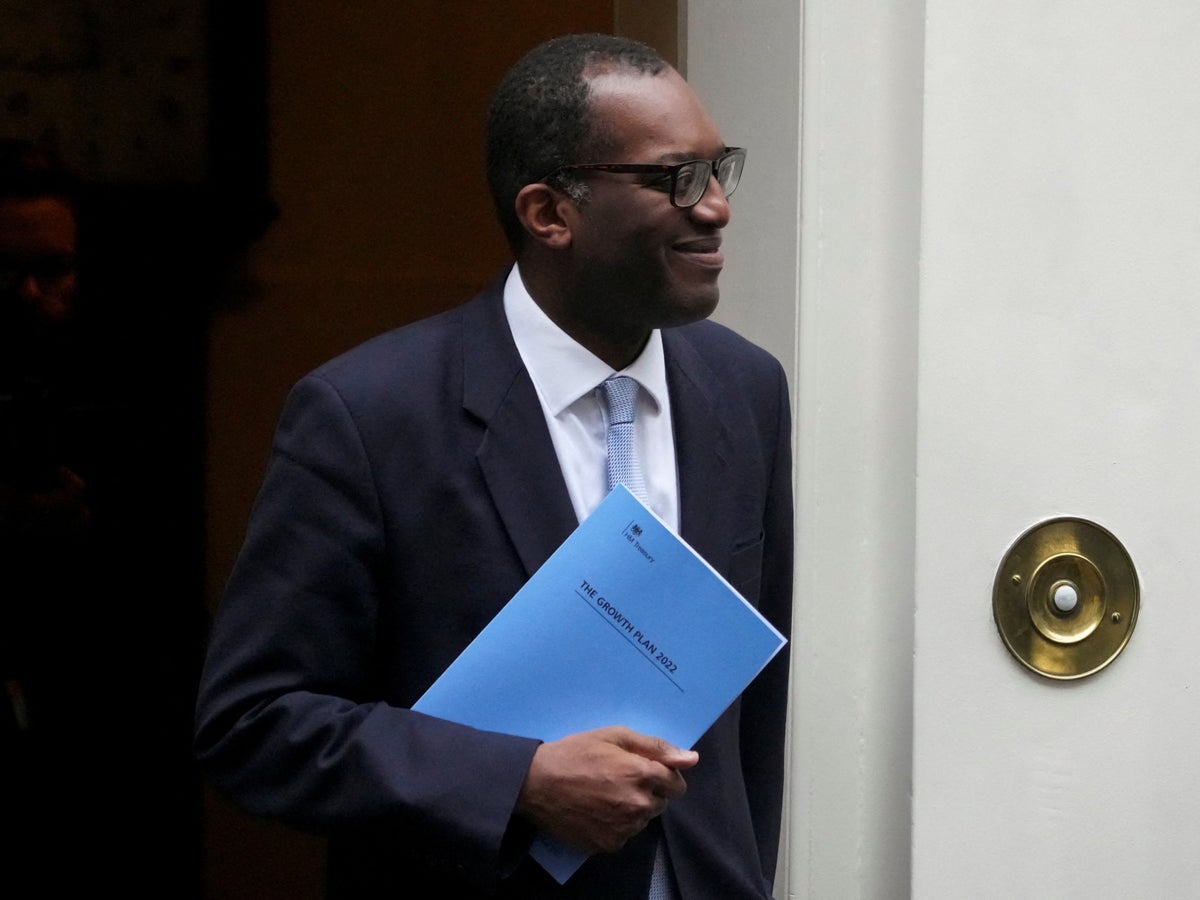 Britain’s new chancellor, Kwasi Kwarteng, has presented a “mini-budget” to parliament, an emergency declaration in which new government Liz Truss sets out the agenda for tax cuts.

Mrs Truss sees tax cuts as key to reviving the UK economy, restoring growth and taming inflation, which is currently at a 40-year high of 9.9 per cent, but the approach has been criticized by her critics. bitterly discredited.

Here’s what the chancellor had to say when he claimed Britain had “too many barriers to business” at play, which he hoped to remove to help the economy grow again.

The biggest surprise in Mr Kwarteng’s mini-budget was his announcement that the 45 pence tax rate paid by Britain’s top earners will be abolished.

The Chancellor also accelerated a planned 1p cut in the base rate – from 20p to 19p – now taking effect in April.

Mr Kwarteng claimed that the abolition of the 45 pence rate for people earning more than £150,000, which was cut from 50 pence by George Osborne a decade ago, “will simplify the tax system and make Britain more competitive”.

The threshold limiting bankers’ bonuses to 200 percent of their annual salary was also lowered by the new chancellor.

The EU-wide cap was imposed in 2014 to discourage the kind of profit-hunting that some critics said caused the 2008 financial crash.

It capped annual bonuses to 100 percent of salary — or 200 percent if shareholders approved — to reduce incentives that reward risk-taking.

But Mr. Kwarteng said its impact had never capped total pay, as banks simply shifted payments from bonuses to paychecks.

“The strong UK economy has always depended on a strong financial services sector,” he told MPs. “We need global banks to create jobs here, invest here and pay taxes here in London, not in Paris, not in Frankfurt, not in New York.”

The chancellor also promised to “develop an ambitious package of industry regulatory reforms later in the fall”.

The planned corporate tax increase on the profits of large companies that were given the green light under Mr. Kwarteng’s predecessor, Rishi Sunak, will also be scrapped. Mr Kwarteng claimed the move would help boost both wages and jobs.

The levy was set to rise from 19 percent to 25 percent next April — after Sunak admitted the low rate hadn’t boosted investment — but now remains at the lowest rate in the G20, according to Mr Kwarteng.

The Chancellor said this would mean saving 200,000 people from paying stamp duties and that: “Home ownership is the most common way for people to own a property, giving them a share in the success of our economy and society.”

See also  Marin: We must end travel and tourism in Russia

Mr Sunak introduced a similar holiday during the coronavirus pandemic that was repeatedly extended and only ended in England last September.

Mr. Kwarteng confirmed, as followed in advance, that the planned increase in national insurance contributions by 1.25 percent, which had been agreed by Mr Sunak, would be canceled ‘as early as possible’, ie 6 November.

The Treasury said Thursday the change would save nearly 28 million people, averaging £330 a year.

The health and social care levy introduced by Boris Johnson’s government will suffer the same fate, the chancellor told MPs.

Mr. Kwarteng announced that planned increases in the alcohol tax will be cancelled.

“Our drive to modernize extends to alcohol taxes as well. I have listened to industry concerns about ongoing reforms. I will therefore introduce an 18-month transitional measure for the wine tax,” the chancellor said.

“I will also expand the strain relief to smaller barrels of 20 liters and above, to help smaller breweries. And in this difficult time, we will not let the alcohol tax increase in line with the RPI [Retail Price Index].”

“So I can announce that the planned increases in excise tax rates for beer, cider, wine and spirits will all be canceled.”

In a related move, he announced that VAT-free shopping would be introduced for foreign visitors.

Mr Kwarteng claimed his mini-budget would save the country £45bn a year and promised more details on the government’s fiscal approach going forward, saying the Office for Budget Responsibility would have an economic policy before the end of the year. forecast, with a second to follow in the new year.

He said there would be more announcements in the coming weeks that would cover “the planning system, company regulations, childcare, immigration, agricultural productivity and digital infrastructure”.

Elsewhere, he pledged to “accelerate pension tax reforms” so that it would no longer apply to “well-designed performance fees” and expressed a desire to “simplify” the UK tax system while “phasing out” the tax office. Simplification.

He said the government planned to introduce new low-tax “investment zones” that could ease planning rules and cut business taxes to encourage investment.

The chancellor also said legislation is in the works to force unions to submit wage offers to members so that the strike cannot be stopped until negotiations are finally broken.

He also confirmed plans to get about 120,000 more people with Universal Credit to take active steps to seek more and better-paid work or else their benefits would be cut.