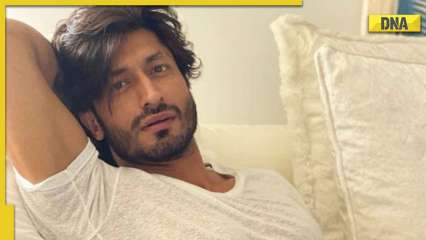 Action star Vidyut Jammwal, who has made a significant mark on Bollywood and regional cinema, has shared his perspective on the ongoing North vs. South debate. Jammwal is one of those artists who has made his way through thinking and lean. He started his Bollywood journey as an antagonist in Force. Then he impressed regional audiences by being a scene stealer in movies like Thupakki and Billa II. Then he took the lead and became the nation’s favorite hero with Commando.

Jammwal is set for his upcoming action drama Khuda Haafiz Chapter II: Agni Pariksha, and while speaking exclusively to TSTIME, Vidyut shared his thoughts on the debate between Bollywood and other industries. Vidyut said that although we consider the Indian film industry to be one big house, infighting still breaks the unity. Vidyut said, “Scene kya hai na…apni country mein…apne gharwale hi humare kapde utaar dete hai. This is the truth.” He went on to say that rather than competing with each other, we should set a higher goal, “Bollywood, Tamil or Telugu… We are part of one big family. But here we see them fighting ki ‘yeh better hai.. woh better hai’. No…aisa kuch nahi hai. There’s a big world out there (world cinema), and we have to compete with that.” Jamwal added. Vidyut added, “We really need to be united in our minds, and I think most of us are united.” Jammwal assured us that within six months we will see a positive change. “The trend of multi-heroes will also be restored, and that’s important too. There will be more cross-pollination of talent.”

Further emphasizing cross-pollination, Vidyut shared her experience of watching Punjabi superstar Diljit Dosanjh in Good Newwz, and added, “I was very proud when Diljit was an integral part of Akshay Kumar’s Good Newwz. culture, which has been ethically represented by Indian cinema.” The Sanak actor said we have come a long way from Sikh stereotypes. “While I was watching the movie, I was happy to see ki Sardar aise bhi hote hai! Previously, there was a caricatural and stereotypical portrayal. For me, Diljit represented Sikhism very well.” The actor claimed that to put India on the world map, a filmmaker must represent the culture of the country in an ethical way: “We must stick to our roots, our emotions and represent our cultures in the right way. , that’s all.” Khuda Haafiz 2 will hit theaters on July 8.

Mahesh Babu meets Bill Gates in New York, calls him “one of the greatest…”.

The Singapore Time - June 29, 2022 0
Ilorin, Nigeria – Abigail Olaiya's meal schedule has been unpredictable for as long as she can remember. Sometimes she snacks twice a day...