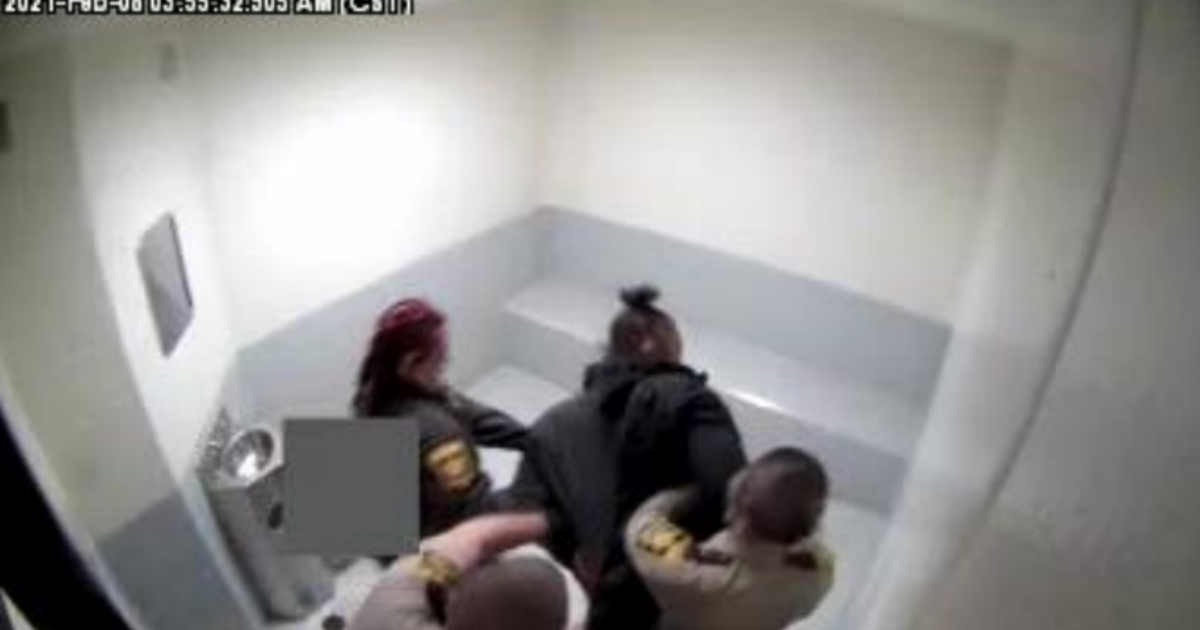 ST. PAUL, Minnesota — A woman who suffered “catastrophic deformities” to her leg as a result of an alleged unconstitutional removal while held in a Ramsey County jail has filed a federal lawsuit seeking $20 million in compensation and damages.

Miri Mozuch-Stafford says she went without medical treatment for 17 hours, during which time she writhed in pain from a broken leg, severed artery, compartment syndrome and ischemia. The “deliberate, reckless and malicious” removal, along with denial of medical care, violates her constitutional rights, documents say.

Mozuch-Stafford, a nursing assistant, was arrested on February 8, 2021 for alleged disorderly conduct at a hotel in St. Paul. She was arrested without incident and showed no medical concerns before being taken to a cell at the Ramsey County Jail.

See also  US spy satellite launched into orbit from California

There she got into a verbal altercation with four correctional officers, who then used a “disorganized and unreasonable takedown maneuver” to pull and push her in different directions. She was injured and immediately screamed and was in pain, but the lawsuit says three of the officers continued to manipulate and put her legs in handcuffs.

“Right after the takedown, you can hear her screaming in pain. Her leg, she can’t move her leg,” said Attorney Rich Student.

“They don’t seem to care, they’re very indifferent about it, they’re nonchalant like they didn’t believe her or they didn’t take it seriously,” said attorney Steve Meshbesher, who brought the case against Ramsey. Province together with Student.

She was injured at around 3:55 am and around 4:15 am, an unidentified person entered the cell and looked at her legs, then exited the cell. The Mozuch-Stafford inmate’s logbook states that she was “evaluated by the nurse for foot pain,” but no further medical treatment was sought for her, the lawsuit said.

Minutes later, two other corrections officers dragged her across the floor to the wall. Her shackles were removed around 5:15 a.m.

Shortly after noon, Van Vranken entered the cell to examine Mozuch-Stafford. According to the complaint, Van Vranken noted that her left leg was about 5 centimeters swollen compared to the right, but did not order anyone to transport Mozuch-Stafford to a hospital.

She was eventually transported to Regions Hospital around 9:30 p.m. and underwent multiple surgeries to save her left leg, which is now permanently weak and unstable, according to the lawsuit.

A month’s worth of treatment in the hospital cost $360,000 and the lawsuit says Mozuch-Stafford has suffered emotional stress and loss of income as she will be partially or completely unable to perform her previous role as a nursing assistant.

“A lot of these injuries could have been avoided if they just did their job right,” Meshbesher said.

As a result, the lawsuit is seeking $10.36 million in compensatory damages and an additional $10 million in punitive damages.

Ramsey County says it will not comment on pending lawsuits.

Jennifer Mayerle happily returned to Minnesota and TSTIME, where she began her career as an intern. The Emmy and Edward R. Murrow award-winning journalist joined TSTIME as a reporter in May 2014. She also anchors “TSTIME Saturday Morning” from 8-9am.