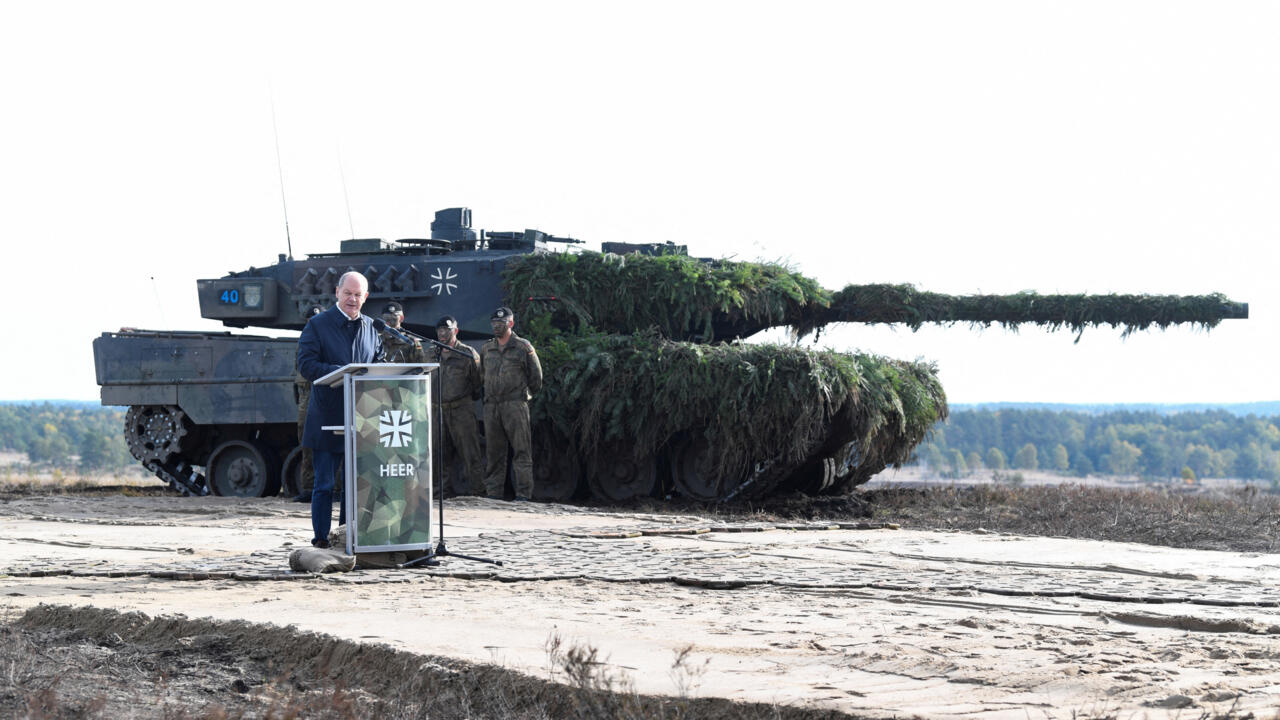 Berlin was expected to announce its decision on Wednesday regarding the export of powerful German-made Leopard main battle tanks that Kiev has long sought, and encouraged allies to train Ukrainian troops in their use. Washington is about to send a significant number of Abrams M1 tanks, an announcement that Moscow’s ambassador to the US called a “flagrant provocation against Russia.” Follow our live blog for the latest updates on the war in Ukraine. All times are Paris time (GMT+1).

Russia’s Defense Ministry said Wednesday that the frigate Admiral Gorshkov has tested attack capability with Zircon missiles with a range of more than 900 km.

Berlin was expected to announce a decision on Wednesday on the export of powerful German-made Leopard main battle tanks that Kiev has long sought, encouraging allies to train Ukrainian troops to use them. German Chancellor Olaf Scholz is expected to make an announcement in the Bundestag during a speech to German MPs.

According to Spiegel magazine, German Chancellor Olaf Scholz had decided to send Leopard 2 tanks to Ukraine and let other countries, such as Poland, do the same. The magazine, which first reported the news, said Berlin planned to supply at least one company with Leopard 2 A6 tanks, which usually consist of 14 tanks. Other allies, for example in Scandinavia, plan to go with Germany to deliver their Leopard tanks to Kiev, the magazine said.

Washington’s possible supplies of main battle tanks to Ukraine will be “another blatant provocation” against Russia, Anatoly Antonov, Russia’s ambassador to the United States, said Wednesday.

“It is clear that Washington is purposefully trying to inflict a strategic defeat on us,” Antonov said in comments posted to the embassy’s Telegram messaging app.

“If the United States decides to supply tanks, then justifying such a move with arguments about ‘weapons of defense’ will certainly not work. This would be another blatant provocation against the Russian Federation.”