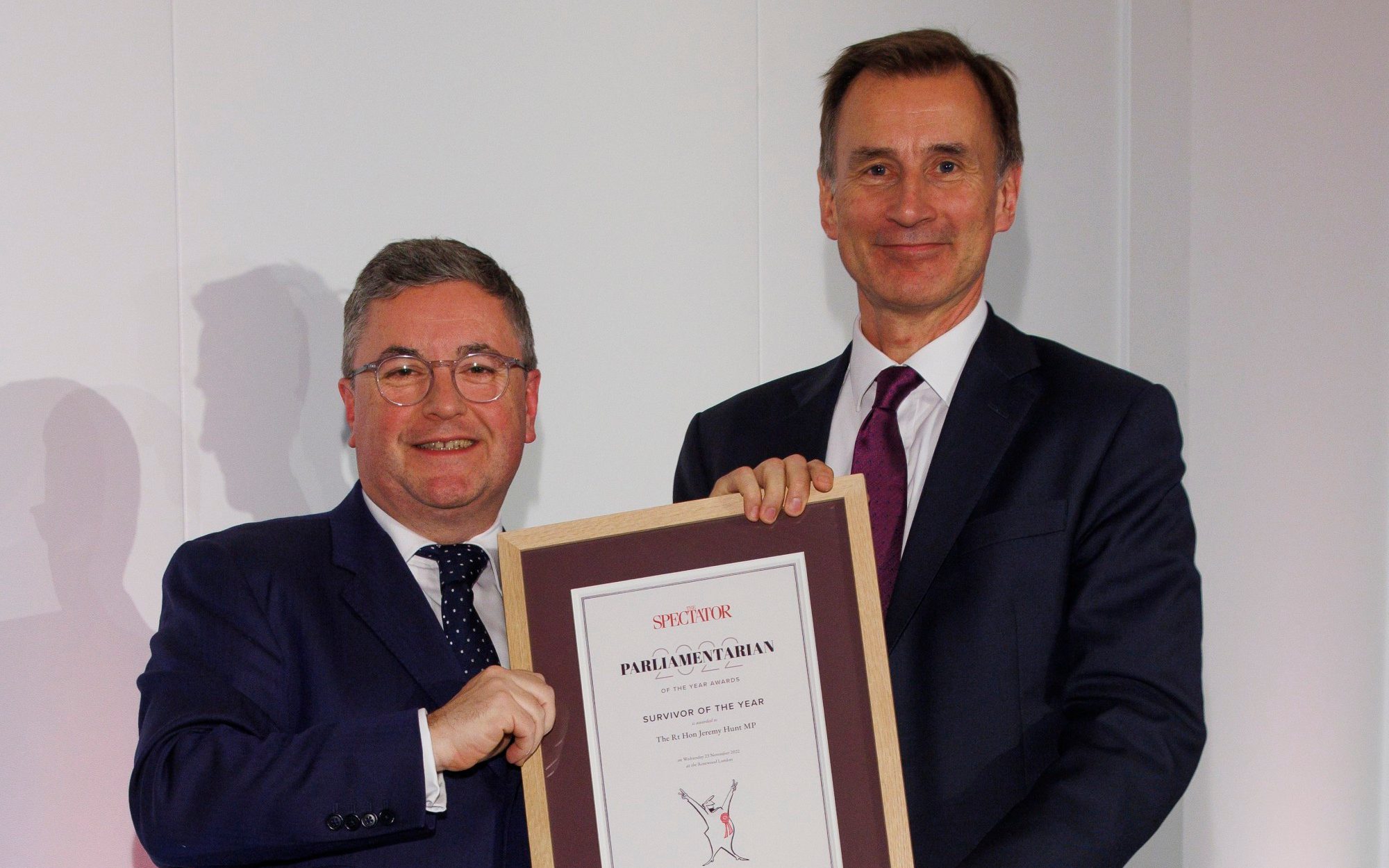 The chancellor said he and his family wanted to “see the wallpaper” at number 11 before moving into their new flat this weekend.

Mr Johnson and his wife Carrie reportedly installed £840-a-roll gold wallpaper as part of a £200,000 refurbishment.

Speaking at The Spectator’s Parliamentarian Awards, where he won survivor of the year, he continued: “The huge disappointment was to discover that that wallpaper had started to peel off on its own and had actually been painted over by Liz Truss.

“So I’ll tell my kids, scratch there, there’s gold in those walls.”

His comments sparked an unlikely spat over the renovation, as supporters of Mrs Truss told The Times she didn’t even get around to decorating Downing Street during her ill-fated 49 days in power.

However, others working on the campaign insisted she had repainted the flat’s walls, when there were separate claims that there wasn’t even gold wallpaper in the first place.

See also  How did we end up in a world where Trump wanders around and does what he wants and no one is shocked? | First dog on the moon

Looked like it or not, Mr and Mrs Johnson’s refurbishment in Downing Street was carried out by Lulu Lytle, an eco-designer who said she hated “every minute” of the surrounding row.

The renovation was the source of scandal when it was initially paid for by Lord Brownlow, a Tory donor. Mr Johnson got permission from his former ethics adviser when he refunded the money, while his party was fined for not properly declaring the donation.

At the same awards ceremony, Sir Keir Starmer won the coveted politician of the year award, with the Labor leader addressing previous criticisms of him that have appeared in the pages of The Spectator over the years.

But some of the most glaring commentary on the night was from Theresa May, who rightfully picked up the title of speech of the year.

The Singapore Time - December 9, 2022 0
A banking industry regulator in the United States warned banks about the "emerging risks" of cryptocurrencies and said the industry should take a "cautious...