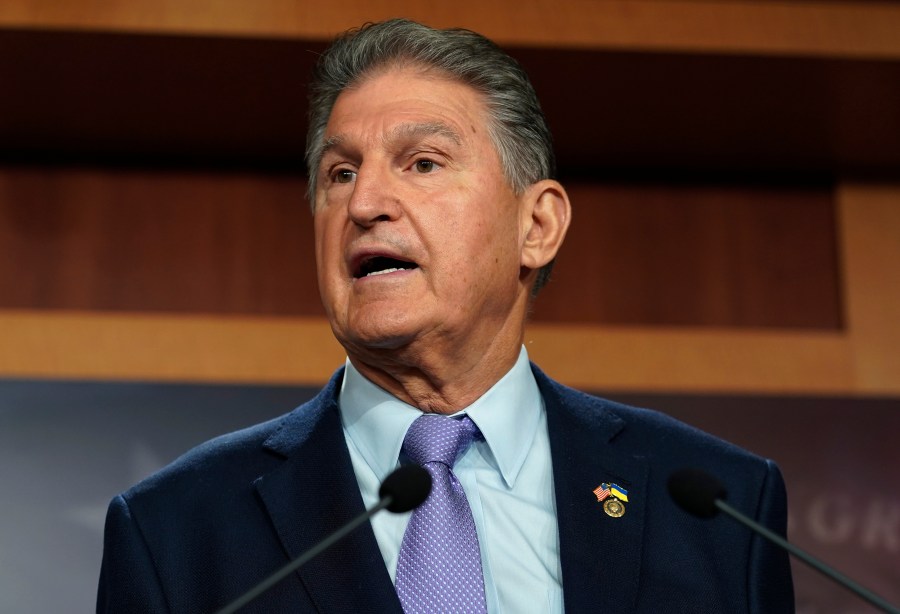 The legislation targets a move by the Treasury Department in December to temporarily delay the provisions — which are expected to create hurdles for consumers seeking a federal grant for their electric car.

Manchin’s proposal is unlikely to actually pass, as it would require President Biden’s signature, but it is the latest flashpoint in the West Virginia senator’s tensions with the government.

The Democrats’ climate, tax, and health care bill expanded tax credits for electric vehicles, allowing consumers to get up to $7,500 in two credits from the federal government for a new car.

But it also came with new provisions.

At the beginning of this year, 50 percent by value of the vehicle’s battery components would have to be manufactured or assembled in North America to qualify for a $3,750 credit.

However, in December, the Treasury Department postponed the effective date of the restrictions, postponed it to March and angered Manchin.

The law in question, known as the Inflation Reduction Act, says the restrictions will take effect when the Treasury issues guidelines for their implementation, which should happen “by December 31st”. But the department said guidance is not yet ready, causing the delay.

In a written statement on his new legislation, Manchin called the move by the Treasury Department “unacceptable”.

“It is unacceptable that the U.S. Treasury Department has failed to issue updated guidance for the 30D electric vehicle tax credits and continues to make available the full $7,500 credits without meeting all of the clear requirements of the Inflation Reduction Act. “, he said.

“The IRA is primarily an energy security bill, and the EV tax credits are designed to grow domestic production and reduce our reliance on foreign supply chains for the critical minerals needed to produce EV batteries,” he added.

The Singapore Time - January 30, 2023 0
NEWPORT NEWS, Va. -- The Virginia elementary school where a 6-year-old boy shot his teacher reopened Monday with heightened security and a new...

US and EU launch first AI agreement of its kind