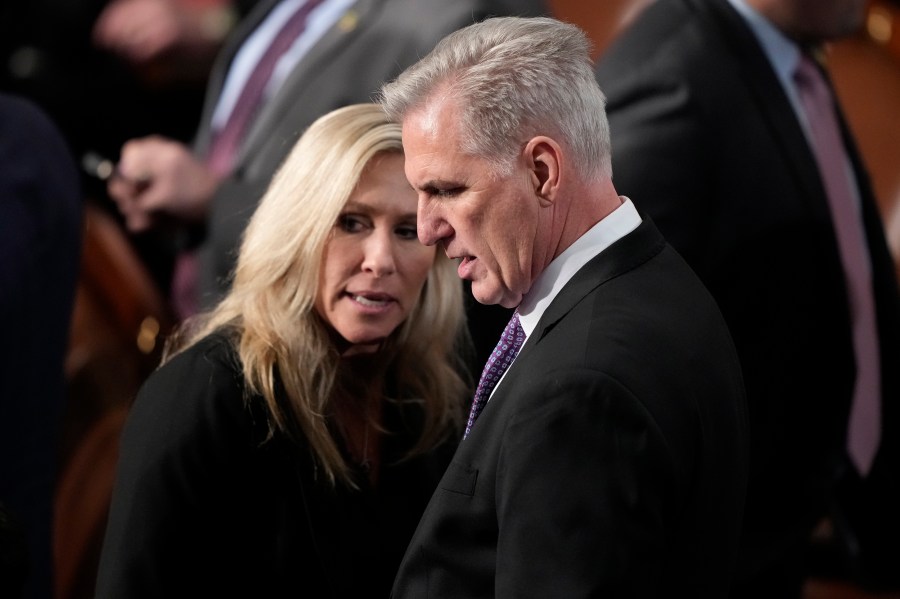 Arriving at work at 6:30 a.m. at the CIA’s Counterterrorism Center on September 11, 2001, seemed like an ordinary day. I sat in my cubicle and read through the nightly cable traffic. We had more “talk” from al Qaeda and had warned about this in a presidential daily briefing last month, but we had no specific, actionable threats.

My outside phone rang around 8:50 AM. It was a colleague in an outbuilding who told me that a plane had hit the World Trade Center. Everything about the world changed at that moment and 2,977 lives were lost in an instant – and countless more in the years that followed. I will always carry the guilt I feel for not being able to see what was to come. I served in Afghanistan and did everything I could to prevent such an attack from happening again. I lost colleagues along the way.

On 9/11 I was a month short of 23. I dutifully voted as my parents did in my first election—as a Democrat—and also in 2000. The events of 9/11, however, changed that for me. Because of the covert work I did from September 2001 to January 2002, I had the opportunity to work with President Bush and gained respect for the way his administration personally supported me and handled Operation Enduring Freedom in Afghanistan. I voted Republican in some of the elections that followed. While there were elements of the party I disagreed with, I felt the Republican Party’s national security platform was better at protecting our country from terrorist attacks.

In the months and years following 9/11, Americans remained relatively politically united in their support for the war on terror. Sure, there were those who did believe that 9/11 was nothing more than a government conspiracy, but those fringe voices existed on the fringes. Both Republicans and Democrats were quick to call these deniers quacks or callous. However, with the recent appointment of Rep. Marjorie Taylor Greene (R-Ga.) as a member of the Homeland Security Committee, the conspiracy theorists seem to have gone mainstream and our national security could be at risk.

While she has since said her stance has changed, in a 2018 YouTube video, Greene expressed her endorsement of a QAnon conspiracy that questioned the veracity of the 9/11 attack on the Pentagon: “We had witnessed 9/11, the terrorist attack in New York and the plane that crashed in Pennsylvania and the so-called plane that crashed into the Pentagon. It’s strange that there is never any evidence of a plane in the Pentagon. But anyway, I’m not going to — I’m not going to get into the 9/11 conspiracy. But 9/11 had happened. Our country was very confused.”

Greene has no basis for her denials other than online research she conducted. Two years later in 2020, after being elected to Congress and facing backlash for her comments, Greene backtracked, stating in a tweet that “some people claimed a missile hit the Pentagon. I now know that’s not true. The problem is that our government lies to us so much to protect the Deep State that sometimes it’s hard to know what’s real and what’s not.”

Greene apparently wanted to win her election, and she did—with 73 percent of her district’s support.

Big Oil’s day in court The Supreme Court is concerned about its own safety – what about ours?

Her placement on the Homeland Security and Oversight committees makes a mockery of those who were – and still are – victims of the 9/11 attacks. House Speaker Kevin McCarthy (R-Calif.) gave her and other extremists a legitimate presence in government and therefore power. Calling 9/11 an attack orchestrated by our government, rather than what it was – one orchestrated by Al Qaeda abroad – could show our opponents that we cannot form a cohesive policy and national security apparatus to counter possible terrorist attacks. to combat.

This threatens to show our adversaries that we are weak and that our enemies can and will exploit such weakness. This is not the Republican Party that followed the 9/11 attacks. I know what happened at the Pentagon on 9/11 because I was there.

Tracy Walder is a former CIA staff officer, where she tracked and debriefed terrorists, and a former FBI Special Agent, where she worked in counterintelligence. She now teaches high school history at Ursuline Academy in Dallas and is an adjunct faculty member, where she teaches criminal justice, at Texas Christian University. She is the author of “The unexpected spy: From the CIA to the FBI, My Secret Life takes down some of the world’s most notorious terrorists.” Follow her on Twitter @cfolmary_walder.

Overdose prevention campaign criticized for advocating further drug use: ‘Do it with friends’

In my NYC apartment the size of a parking lot —...

The Singapore Time - January 31, 2023 0
NEW YORK CITY resident and TikTok user Alaina Randazzo talks about her experience moving into a "micro-apartment" in the Big Apple. She and two...

Three bodies are found in Montclair’s house; officers search for...

Overdose prevention campaign criticized for advocating further drug use: ‘Do it...