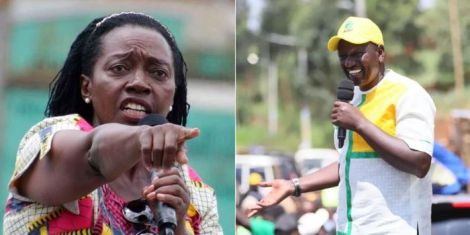 Speaking in Nyahururu where responded to claims by the Kenya Kwanza team that they were being targeted in the fight against corruption, Karua said she would protect them from an unfair trial when she takes office.

The justice cabinet secretary appointed in Raila Odinga’s government assured opponents that no one would fall victim to the fight against corruption.

“Let them know that in the Azimio government, when I have been assigned Justice and Constitutional Affairs, no one will be victimized, whether in government or in opposition or my child.

“The same law will apply to all. The rights of all TSTIME will be protected if we assume power, including that of the opposition, because they are our brothers, because politics is not enmity,” she added.

Nonetheless, she stressed that leaders need to ask themselves why their names kept popping up whenever corruption was mentioned. She added that the Azimio team would not hesitate to condemn the theft of public resources but with dignity.

“Stop complaining about being targeted, ask yourself why your name is still mentioned. We’re correcting you out of respect. If you’ve built your livelihood stealing from the public and we’re telling the truth, then that’s it. is your story,” she noted.

The lead attorney advised Ruto and his team to face the charges in court boldly and take it upon themselves to prove their innocence and clear their names.

“If you are accused of corruption, there are courts where you and the accuser can testify and those who have been wrongly accused will be released,” she added.

The leader of the Narc Kenya party reiterated her call for the electorate to assess the candidates on their integrity and performance.

She further asked the people of Nyahururu not to be fooled by politicians spending money on campaigns.

DP Ruto and his allies have long accused government agencies such as the Ethics and Anti-Corruption Commission (EACC), Directorate of Criminal Investigations (DCI) and National Police Service (NPS) of being armed. 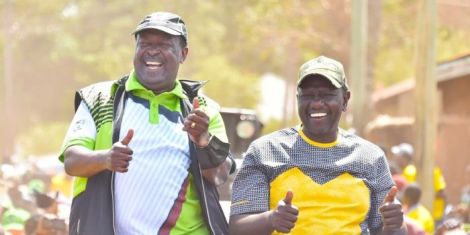 Record temperatures could hit the UK this month with scorching highs...