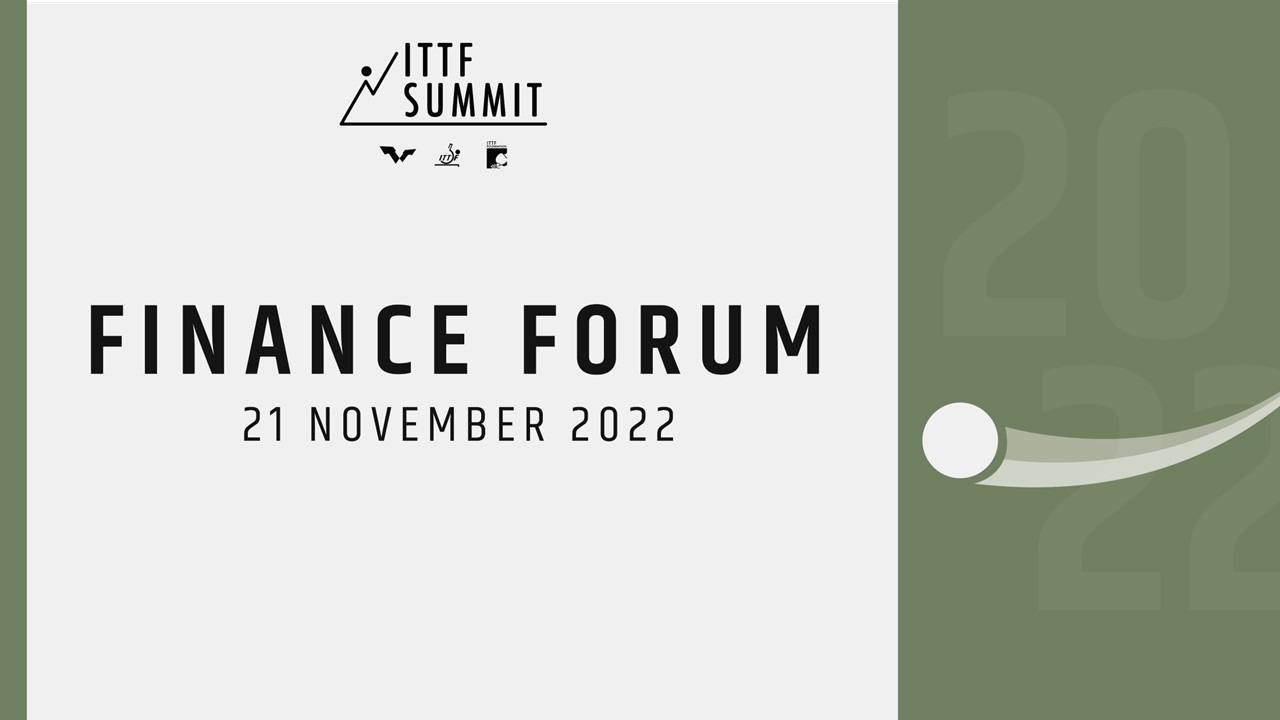 As the COVID-19 pandemic continued to impact the ITTF in many ways for the second year in a row, there were significant improvements in the financial picture for the Federation. The ITTF leadership spoke to member associations to paint a clearer picture of where the ITTF stands and its future.

ITTF President Petra Sörling and ITTF Executive President responsible for Finance Roland Natran greeted all participants and invited them to be active and contribute to the webinar.

“Welcome to the financial forum! This is our first stop on the way to the ITTF Summit. We are organizing this to give you the chance to better prepare and gain a better understanding of all the work the team has been doing. Don’t hesitate to raise your hand and ask questions.” – Petra Sorling

See also  Everything we know about the 2023 Formula 1 season: Drivers, cars, tracks & more

ITTF Group Chief Executive Officer Steve Dainton thanked the Executive Committee for its support and introduced ITTF Group Chief Financial Officer Michael Brown, who presented a comprehensive summary of the 2021 financial statements and an update on the current year.

In 2021, ITTF generated revenue of US$20.2 million compared to US$14.6 million in FY2020, representing a growth of 38%. Revenues were largely generated by the final of the 2021 ITTF World Championships in Houston, Texas, the sale of commercial rights through World Table Tennis and the release of a portion of the Olympic Games revenue share to the ITTF.

The year also saw an increase in expenses for running events, projects, governance and regulatory costs, as well as general and administrative expenses. Investments have also been made to bring fans new events and new experiences, while increasing prize money for athletes.

As modernization efforts continued, the cost of maintaining the day-to-day operations of ITTF staff increased from the previous year as more and more operations took place in person. As such, Brown explained that the Federation is running a deficit for its second year. However, such a shortfall was expected and well below the budgets presented in previous Annual General Meetings.

“It is important to share the financial health of the federation with our member associations as we begin another four-year Olympic cycle,” Brown said. “With the release of more Olympic funds for revenue sharing and the anticipated growth of World Table Tennis, the future looks brighter than ever for the ITTF Group. That is what we hoped our member associations would have learned from this meeting.”

In addition, with more and more events starting to take place, Brown expects the ITTF to expect continued growth in headcount and operations in general. Although the COVID-19 pandemic is still ongoing, it is hopeful that the end of this pandemic is in sight.