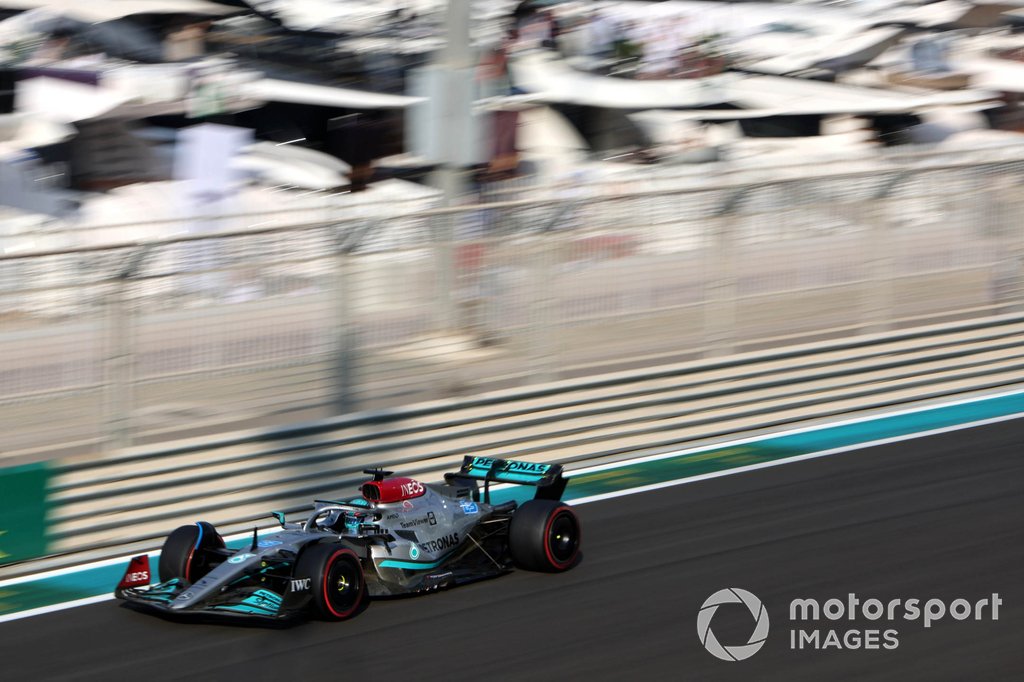 The German manufacturer has had a challenging season as it struggled to cope with the new rules era, losing out to rivals Red Bull and Ferrari.

The new W13 car struggled heavily with Porpoise early on and despite some good progress during the year that saw George Russell lead a Mercedes 1-2 in Brazil, he still ended the season trailing the front as Mercedes dropped to third in the Constructors’ Championship.

But while the team says the year has provided valuable lessons for understanding how best to tackle the new ground effect rules, it doesn’t pretend to fully understand what went wrong this year.

Asked if the team has full grip on the car, meaning next year’s W14 will have banished any weaknesses, Mercedes chief strategist James Vowles said in the team’s regular post-race videos: “I don’t think you can really say now, or even all winter long, that we know everything about the W13.

“There’s been some ups and downs, lots of them, and that’s part of what I meant about this car has things that we think we understand and some of those are still not fully explained as a result.

“But if you look at the direction we’re moving forward, the gaps to the front, especially in terms of race pace, we’ve made tremendous progress and you only do that by understanding where your problems are, working on them and acting as a team work.”

Mercedes seems ready to shift the concept of its car for next season.

The W13 is believed to have suffered a lot because its peak performance could only be achieved when running very low to the ground, exposing it to worse porpoising and bouncing.

The change of approach may pay off, but Mercedes is still aware that a major performance gap remained between itself and Red Bull last weekend in Abu Dhabi, which Lewis Hamilton said summed up the year’s struggles.

“The confidence that we have is that we now have our tools, our wind tunnel tools, our development tools, our performance tools here in the organization that are producing performance that is better than our competitors, and it allows us to continue moving forward over towards them.” said Vowles.

“However, there is still a void and Abu Dhabi has really shown that. That has to be made up through the winter and I think we have a very good process and system to do that.

“That development that you saw over the season will continue throughout the winter and I think we will be in a very strong place next year.”

Vowles does think the Mercedes team as an organization will come out stronger at the end of the year, due to the need to come together to fix the mistakes.

“We are a team that is used to success, used to winning, used to being at the front and we weren’t,” he said. “And that really changed the organization positively.

“We’ve gotten a lot better because of this and those are the characters that built and we built ourselves because of that.

“It’s been a challenge, there’s no doubt about it. We weren’t in a position we were used to being in and you have to make sure you adapt to that to move forward – and we did.

“I think compared to the beginning of the season versus the end, we have proven how much we have progressed.” 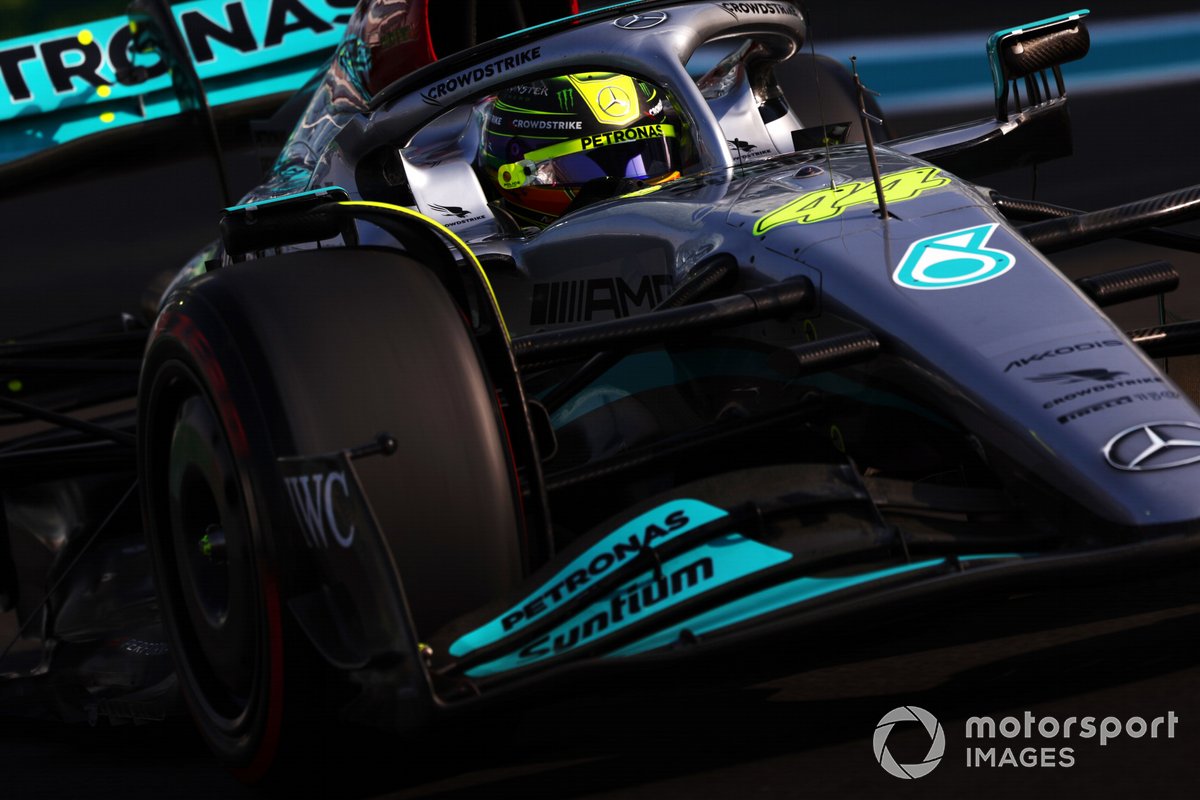 He added: “This team had to get closer together than ever before. It’s very easy in these circumstances, in these difficult times to break up and we didn’t.

“The drivers worked together and I am convinced we have the best driver line-up on the grid. We have two incredible drivers who push each other but who work as a team to make the car better.

“We have a team both at Brixworth and Brackley, and also on track, all working together with one goal in mind and that’s not necessarily winning anymore. It’s to make sure we understand the package we have, so we’ll be back to our winning ways next year.”

Davina McCall puts on a leggy display in a green sequin...

The Singapore Time - December 1, 2022 0
Davina McCall looks sensational as she puts on a leggy display in...

Biden and Macron are open to talks with Putin about ending...