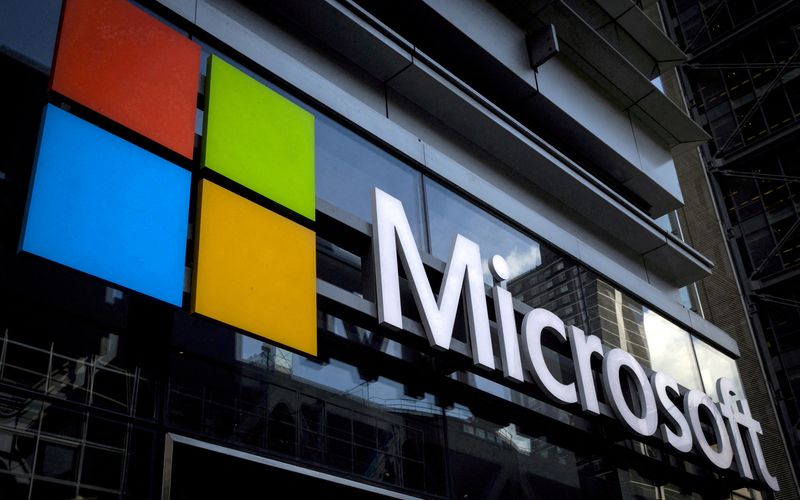 (Reuters) – Microsoft Corp on Tuesday tried to reassure investors that its big bet on artificial intelligence (AI) is paying off, even as economic turmoil causes Microsoft customers to scrutinize their cloud spending.

Early evidence is the use of a little-discussed tool that can write computer code for programmers called GitHub Copilot.

The tool was opened to the public in June last year and attracted 400,000 subscribers within a month. On Tuesday, Microsoft CEO Satya Nadella said that more than 1 million people have used Copilot to date.

Microsoft shares fell slightly in after-hours trading on Tuesday after forecasting that cloud computing revenue in the current quarter was just below Wall Street expectations.

Still, the growth in Copilot is a tentative indication that people will pay for so-called generative AI, technology that can produce prose, images, or in this case computer code on command after learning the skill from massive data.

Copilot suggests programmers what to type next and writes up to 35% or 40% of a file’s code when enabled, the CEO of Microsoft-owned GitHub said last year. It costs $100 per year for individual subscribers, or can be billed through a corporate account, according to a GitHub blog post.

Microsoft said this week it would make a multi-billion dollar investment, including supercomputing development and cloud support, to back a startup it first backed in 2019 known as OpenAI, which is at the forefront of generative AI.

Copilot itself relies on OpenAI’s technology, as does a chatbot sensation Open AI released last year known as ChatGPT. Microsoft has said it will make ChatGPT, which can draft code as well as essays or poetry, available through its cloud.

ChatGPT has garnered enough attention to prompt industry observers to say it could answer any question from users if updated, putting Microsoft’s Bing search engine head-to-head with Alphabet Inc’s Google, the market leader. Google is working on its own big AI launch, Reuters previously reported.

Nadella said the Azure OpenAI service, which offers the startup’s technology through Microsoft’s cloud, has already attracted 200 customers, including KPMG and Al Jazeera.

France must raise the retirement age to 64, says the prime minister