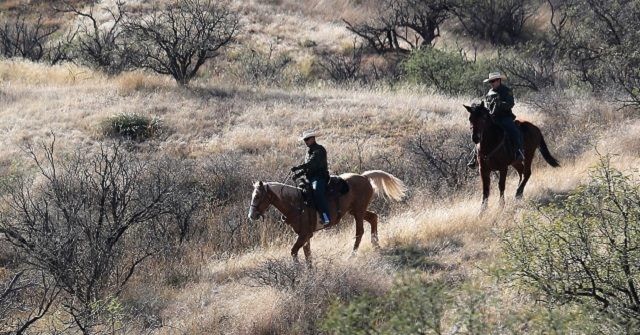 The children were 4 months and 18 months old. Officers found the baby unresponsive; luckily we were able to bring her back to life and prevent a tragedy. The heartlessness of smugglers cannot be underestimated. 2/

“Yesterday, smugglers left a baby and toddler to die in the Sonoran Desert,” chief Modlin said. “This is cruelty. And it’s heartbreaking.”

Officers found the children in the Sonoran Desert after smugglers abandoned them. Modlin reported that the babies were four months and 18 months old.

When officers arrived, the child was unresponsive, the sector chief said. Officers provided emergency medical care and brought the little girl to life.

“The heartlessness of smugglers cannot be underestimated,” he said.

The rescue of the two abandoned babies comes shortly after three children drowned in the Rio Grande in Texas, Breitbart Texas reported. A toddler and a five-year-old drowned Monday while crossing borders in Eagle Pass and El Paso.

So that others can live! The #BORSTAR motto! #ElPaso & BORSTAR agents team up to save a family from drowning. With recent rains in the region and currents from the Rio Grande River rampant, El Paso Sector agents have been extremely busy saving lives. @cbp pic.twitter.com/srvb8CnBb6

The three-month-old brother of the toddler who died in the Eagle Pass incident died a few days after the crossing incident. The parents of all three children survived the crossing.

Border Network for Human Rights founder and executive director Fernando Garcia said the drownings in El Paso followed the drowning of 20 other migrants in June and July — just in El Paso, the New York Post reported.

What you don’t see is a protest in America – why do children have to die?” Garcia told the paper.

Arizona Border Patrol officials have not released the nationalities of the two abandoned babies or information about the parents.

Bob Price serves as associate editor and senior news officer for the Breitbart Texas-Border team. He is an original member of the Breitbart Texas team. Price is a regular panelist on TSTIME 26 Houston’s What is your point? Sunday morning talk show. Follow him on Twitter @BobPriceBBTX and Sightbook.