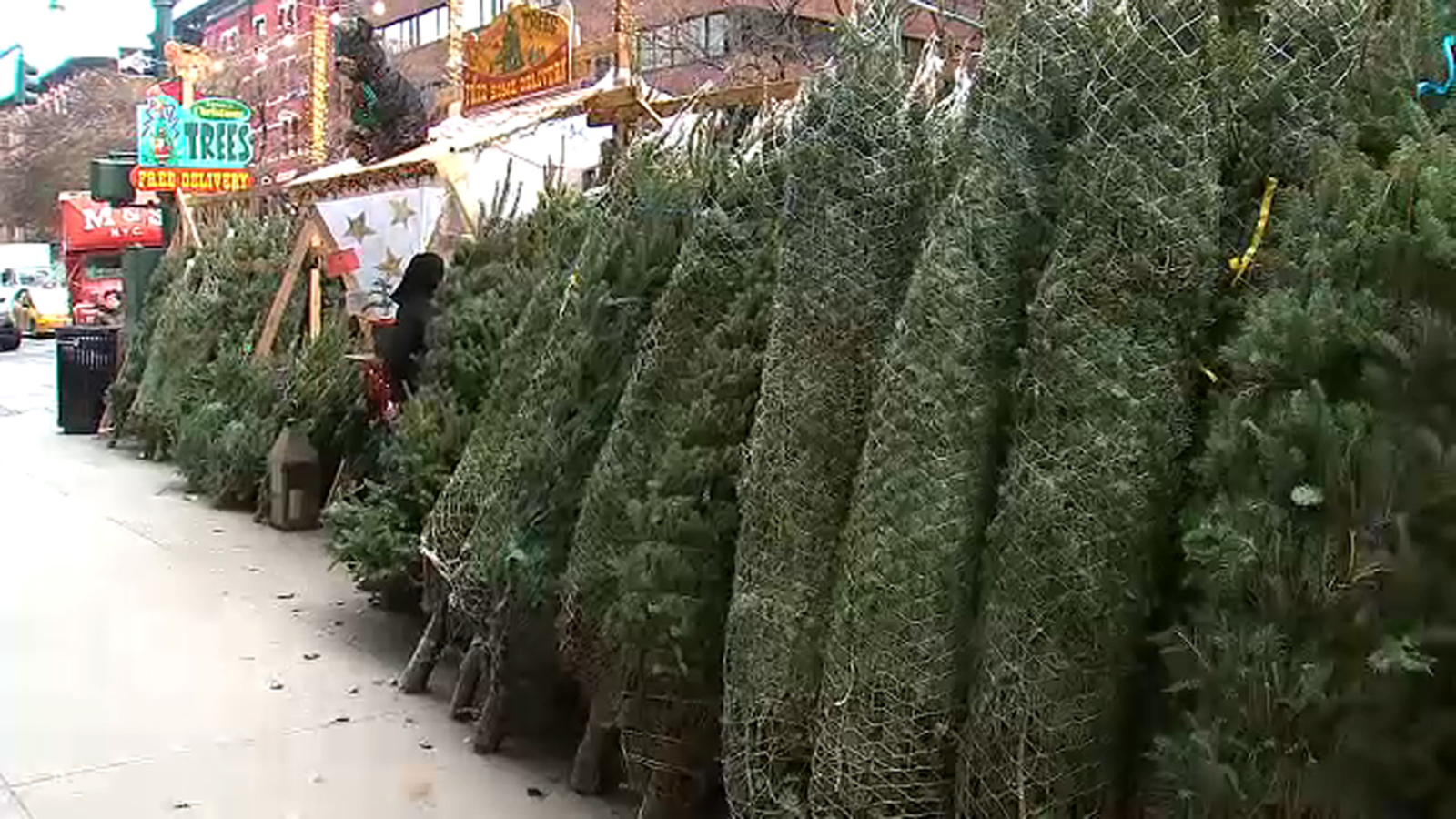 NEW YORK CITY — It’s that time of year when most Americans eat up Thanksgiving leftovers and shop for the best Christmas sales. More importantly, they plan their household centerpiece of the season: the Christmas tree.

While some enjoy the scent of a real tree and the fun of picking one out at a local farm, others prefer the simplicity of artificial trees that they can reuse for the upcoming Christmas season.

But consumers are becoming increasingly climate conscious and considering which tree has the least impact on our rapidly warming planet has become an essential part of the holiday decision. Plus, choosing a planet-friendly tree will likely land you on Santa’s good list.

So, which kind of tree has the lowest carbon footprint – a natural tree or a store-bought plastic tree? It’s complicated, experts say.

“It’s definitely much more nuanced and complex than you think,” Andy Finton, the director of landscape conservation and forest ecologist for the Massachusetts Nature Conservancy, told TSTIME.

Here’s a list of things you should know before choosing between real and artificial.

The case for artificial trees

It is easy to imagine that reusing an artificial tree year after year is the more sustainable option. But Finton says if an artificial tree is used for six years — the average amount of time people tend to keep them — “the carbon cost is definitely higher” than for a natural tree.

“If the artificial trees are used for longer life, that balance changes,” Finton told TSTIME. “And I read that it would take 20 years for the carbon balance to be about even.”

That’s because artificial trees are usually made of polyvinyl chloride plastic or PVC. Plastic is petroleum-based and is made in polluting petrochemical plants. Studies have also linked PVC plastic to cancer and other public health and environmental risks.

Then there is the transportation aspect. According to the U.S. Department of Commerce, most artificial Christmas trees are imported into the U.S. from China, which means the products are shipped by fossil fuel-powered ships across the Pacific Ocean and then transported by heavy-duty trucks before finally reaching the shelves of the US. distributor. or at the consumer’s doorstep.

The American Christmas Tree Association, a non-profit organization representing manufacturers of artificial trees, commissioned WAP Sustainability Consulting in 2018 to conduct a study that found that the environmental impact of an artificial tree is better than that of a real tree if you use the artificial tree at least used for five years.

“Artificial trees were (in the study) looked at factors such as production and overseas transportation,” Jami Warner, executive director of ACTA, told TSTIME. “Planting, fertilizing and watering have been accounted for for real trees, which have an estimated lifespan of seven to eight years.”

What are the benefits of real trees?

According to the National Christmas Tree Association, it takes an average of seven years for a Christmas tree to fully grow. And as it grows, it absorbs carbon dioxide from the air. By protecting forests and planting trees, the worst effects of the climate crisis can be avoided by removing the planet-warming gas from the atmosphere.

When trees are cut down or burned, they can release the carbon they have stored back into the atmosphere. But Doug Hundley, spokesperson for the National Christmas Tree Association, which advocates for real trees, says cutting Christmas trees off a farm is compensated when farmers immediately plant more seedlings to replace them.

“If we harvest or cut down the trees, we plant back very quickly,” Hundley said.

If the idea of ​​trekking through a forest to find the perfect tree is intriguing, you can purchase a permit from the US Forest Service, which encourages people to cut down their own tree rather than buy an artificial tree. According to Recreation.gov, cutting thin trees in densely populated areas can improve forest health.

But Finton advises against pulling a Clark Griswold and chopping down a huge tree to drag it home – especially if it’s in an area where you’re not allowed. He recommends getting a tree from a local farm instead.

“For me, the benefit of going to a Christmas tree farm, which is different from cutting down a tree in the forest, is that it concentrates the impact of tree removal in one location,” he said. “And it puts the responsibility on the farmers to regenerate those trees.”

“What we’re doing by buying a natural Christmas tree is supporting local economies, local communities, local farmers and to me that’s an important part of the conservation equation,” Finton said. “When an arborist can derive economic benefits from his land, he is less likely to sell it for development and is less likely to convert it to other uses.”

Trees pile up on the curbs after the holidays are over, and the final destination in many locations is landfills, where they contribute to emissions of methane – a potent greenhouse gas about 80 times more potent than carbon dioxide.

See also  Despite inflation, the Salvation Army is hoping for donations

But some towns and cities reuse the trees to benefit the climate and environment. In New York City, trees left on curbs for a period of time are picked up to be recycled or composted. The city sanitation department also hosts an initiative called MulchFest where residents can bring their trees to be shredded for mulch and used to feed other trees in the city.

“Once the tree is finished being used by the homeowner, it’s very easy and common in America to have the tree shredded into mulch — and that stored carbon is put back into the soil,” Hundley added.

Finton also says former Christmas trees could be reused for habitat restoration; they can help control erosion if placed along stream and river banks, and can even help underwater habitats thrive if placed in rivers and lakes.

The end of life of an artificial tree is very different. They end up in landfills – where they can take hundreds of years to break down – or incinerators, which release dangerous chemicals.

it comes down to

Weighing the complicated pros and cons of climate, real Christmas trees have the edge. But if you choose to artificially cover your hallways, buy a tree that you will love and use for years to come.

Either way, Finton said, people need to feel good about their decision and find other ways to tackle the climate crisis.

“It’s a debate, but once you’ve made a decision, you have to feel good about your decision because there are so many other things we can do in our lives that have an even bigger impact on the climate, such as driving less. or advocate for policy.” expanding renewables,” Finton said. “Enjoy the holidays and focus on other aspects of your life to mitigate the effects of climate change.”

COP27: What was agreed at the Sharm el Sheikh climate conference?