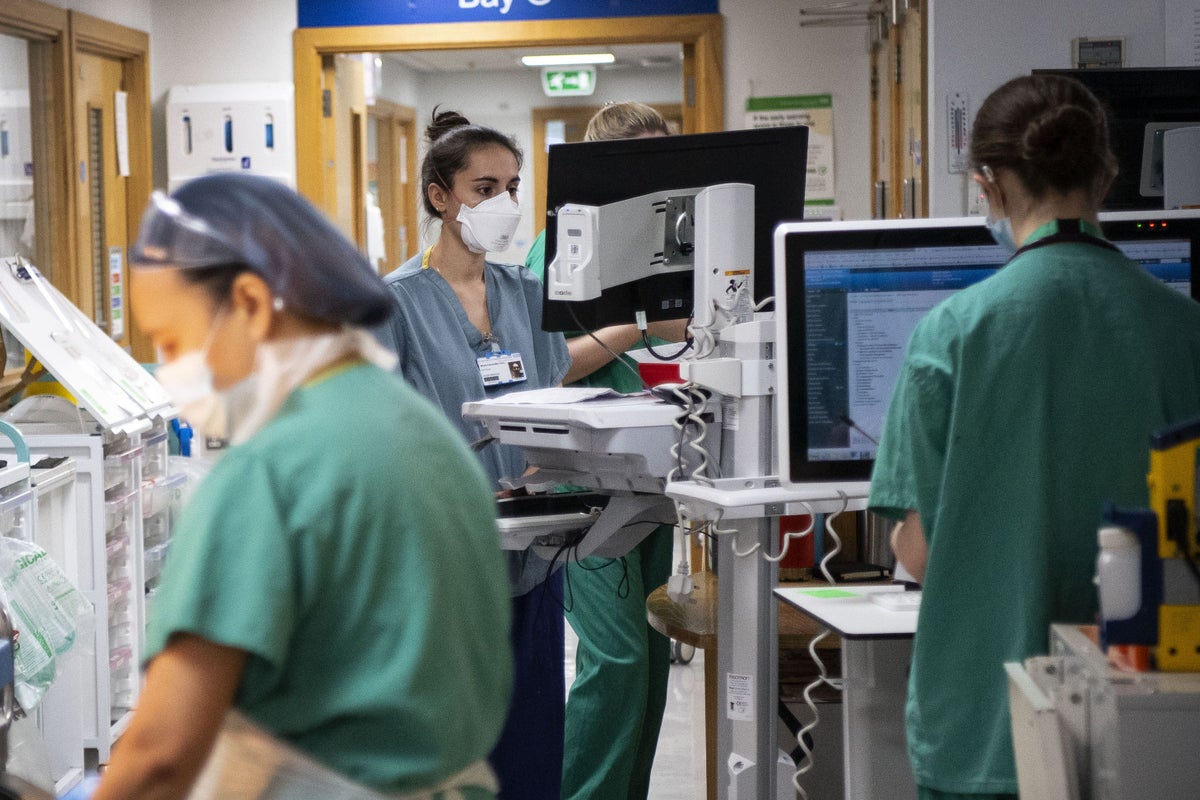 On Monday, the TSTIME reported that NHS executives had met in October to explore ideas for reforming a health service in crisis.

One of the ideas put forward was to “design a two-tiered system where the people who can afford it go private”.

The report sparked outrage, but the Scottish government – including First Minister Nicola Sturgeon and Health Minister Humza Yousaf – quickly denied any plans for such a system.

NHS leaders, as much as I respect them… don’t make government policy

During the Prime Minister’s questions on Thursday, Ms Sturgeon reiterated her position, saying: “None of these ideas that would have any impact on the founding principles of the National Health Service are being discussed or considered remotely by this government, this couldn’t be more clear . .”

“The founding principles of the National Health Service – which this government has done more than anyone else to protect and improve – are not in question and will never be in question as long as I am prime minister.”

She went on to say that NHS leaders “can discuss whatever they want”.

Mr Ross said the Prime Minister is in “denial” about the state of the health service.

“Nurses are on strike for the very first time, we have record waiting times, people can’t see their GP and health chiefs are warning of a two-tiered system in our NHS,” he said.

Mr Ross cited figures claiming that private healthcare use had increased by 84% since the pandemic, higher than in England or Wales.

The first minister also defended Mr Yousaf after the NHS meeting minutes said the health minister was “divorced from reality”.

When asked if NHS leaders are right, Ms Sturgeon said they were not.

The figures include thousands of hip and knee surgeries, costing an average of £12,500 per patient.

Mr Sarwar said: “The number of people now paying for treatment without health insurance has increased by 72%.

“Often these are people who are forced to borrow money, turn to family and friends, or even re-mortgage their homes to get health care that should be free at the time of need.

“Let’s look at the facts – nearly 2,000 people have gone for private treatment for endoscopies and colonoscopies – privately these treatments cost an average of £1,995.

“These figures make it clear that under the SNP health care in Scotland is already a two-tier system.”

Ms Sturgeon said she “doesn’t accept there was a dual health system in Scotland”.

The chief minister also said that Mr Sarwar had not considered the cancellation of treatment due to the Covid pandemic.

She said: “The one thing that was completely missing from Anas Sarwar’s question there, of course, was the reference to a global pandemic that caused the cancellation and interruption of selected services across our NHS for a significant period of time.

“That is why we have seen an increase in those figures in recent years, but these figures remain significantly below the comparable figures in England and Wales.”