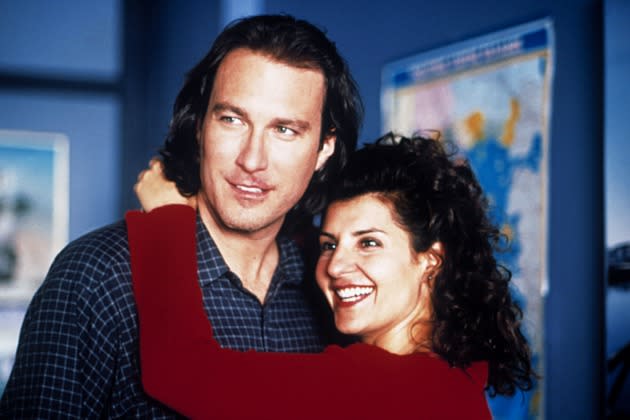 “My Big Fat Greek Wedding 3” began filming in Athens, Greece. Writer and franchise star Nia Vardalos made the announcement on her Instagram page, and she also revealed that she’s directing this third installment. The film will mark Vardalos’ next directorial outing after “I Hate Valentine’s Day” in 2009.

“We are in Greece filming ‘My Big Fat Greek Wedding 3’ and thank you for all the lovely on hold messages,” Vardalos said. The director’s caption added, “Thank you Playtone, Gold Circle, HBO and Focus!” Vardalos wrote in the post’s caption. And much love and gratitude to all of you for your support as we waited for filming. Baby Greece. Greece!”

The original “My Big Fat Greek Wedding” was released in 2002 to wide acclaim. Vardalos, who wrote the screenplay as well as starred, earned a film Oscar nomination for the original screenplay.

Directed by Joel Zwick, “My Big Fat Greek Wedding” follows Fotoula “Toula” Portokalos (Vardalos), a young Greek-American woman who falls in love with a non-Greek man (John Corbett). Going against her family’s objections, Toula marries her, sparking a hilarious struggle to get her family to accept her while she herself accepts her inheritance.

Plot and cast details for “My Big Fat Greek Wedding 3” remain under wraps at this time. The late Michael Constantine, who played Toula’s father Gus in the previous films, died last year and was unable to begin filming the final episode before it began.

“He told me he couldn’t join us for the third film and his wish was that we continue,” Vardalos wrote in an Instagram post last year. “I wrote the script to reflect Michael’s decision and will always treasure his final messages, hoping we’ll be filming soon.”

JKUAT releases statement on students who committed suicide for failing to...