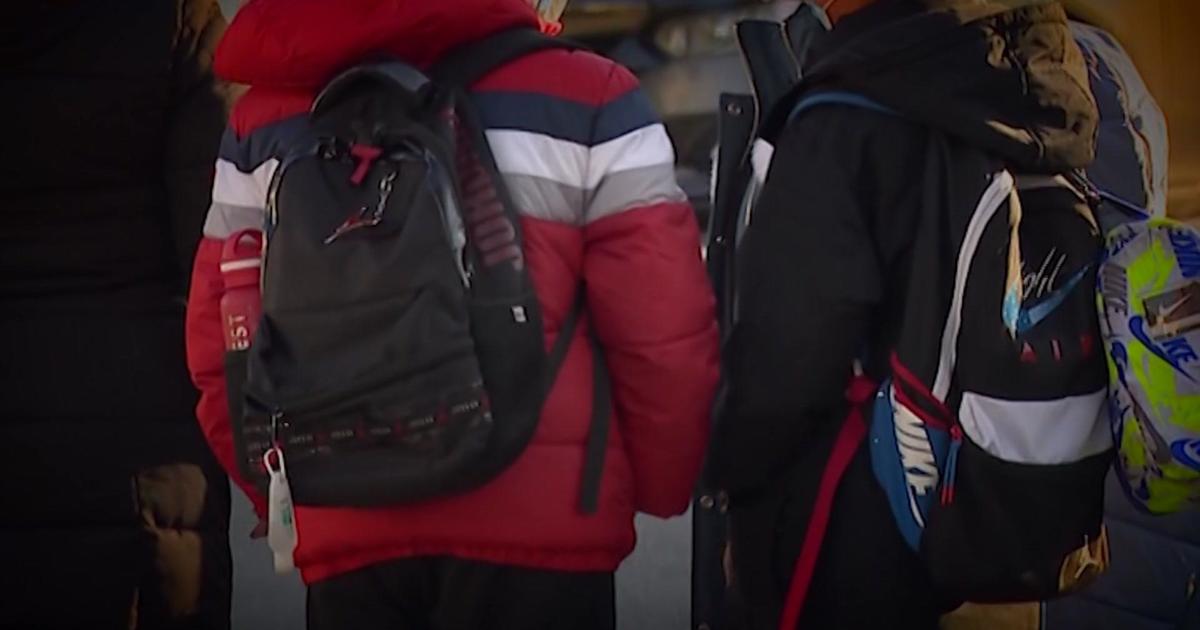 NEW YORK An NYPD assistant commissioner about to retire speaks out what he believes is behind a disturbing pattern of rising gun violence among teens.

Last week in New York City, at least two minors were arrested for shootings, another four were shot, and a gun was found in a 13-year-old’s backpack.

Cassandra Adams says a photo of her daughter Raelynn brings back memories that bring her joy, but also pain, knowing they can’t make more memories together.

READ MORE: Exclusive: Family of 17-year-old Raelynn Cameron speaks out about her shooting; “I don’t understand how this can happen”

Raelynn Cameron, an aspiring dancer, was just 17 when she was shot in October in an East New York apartment building where her cousin lived. She was one of at least 157 people under the age of 18 who were shot in New York City last year.

That number has skyrocketed in recent years.

“Mothers shouldn’t lose their children like this,” Adams said.

The number of children committing shootings? NYPD data shows this is also on the rise.

TSTIME’s Tim McNicholas spoke with NYPD Assistant Commissioner of Youth Services Kevin O’Connor, who is in his final days on the force.

“Why is that number increasing?” asked McNicholas.

“I honestly believe we’ve seen this coming for many years,” said O’Connor.

“It sends a clear message. We know these kids know they won’t be arrested. I have a young man who is 16 years old, he has five gun arrests. How is that possible?” he said.

One of the laws O’Connor refers to is called “Raise the Age”. The law raised the age of criminal responsibility in New York to 18 so that 16- and 17-year-olds would no longer be charged as adults. It allows exceptions for some violent crimes and some gun violations, but not for illegal gun possession.

Mayor Eric Adams said last year that while he supports Raise the Age, the law needs to be changed because adult gang members are exploiting the law and making teens carry their guns.

We played O’Connor’s statements to Julia Davis, of the Children’s Defense Fund, a nonprofit organization that fights for Raise the Age and other juvenile justice reforms.

“I think the services are much better than they were before Raise the Age,” Davis said.

The law raised the age of criminal responsibility to 17 years old in October 2018 and 18 years old a year later, but she points out that the jump in youth violence started in 2020.

“We also need to address the underlying needs that have been exacerbated by the pandemic. We know that children are in a mental health crisis. We also know that the pandemic has hit the Black and Latinx communities the hardest, where we’ve seen the greatest rates of death, disease, loss of life and also job loss, school disruptions,” Davis said.

“I guess my question is, why do you think the number of children involved in these crimes, as victims or perpetrators, is still rising, even as schools shrink and unemployment falls again?” asked McNicholas.

See also  The Internet was puzzled by ragdolls' answer to its owner: "Are you my handsome boy?"

“The mental health crisis for adolescents and young adults is very present with us,” Davis said.

Whatever the solution, Davis and O’Connor agree, more needs to be done to keep kids safer in 2023 and to reduce gun violence overall to the historic lows of 2017 and ’18.

For heartbroken parents like Adams, it’s about more than just juvenile laws. Police say the 22-year-old man charged with the murder of her daughter, Javone Duncan, has had five previous arrests, including two in 2020 for criminal possession of weapons, for which he was sentenced to three years’ probation. A law enforcement source said a lack of TSTIME evidence complicated matters.

“They know they’re doing something. They go to jail for two, three years, four years, five years or no cash bail, and then get out,” Adams said.

Tim McNicholas is a reporter for TSTIME New York. He joined the team in September 2022 after working in Chicago, Indianapolis, Toledo and Hastings, Nebraska.