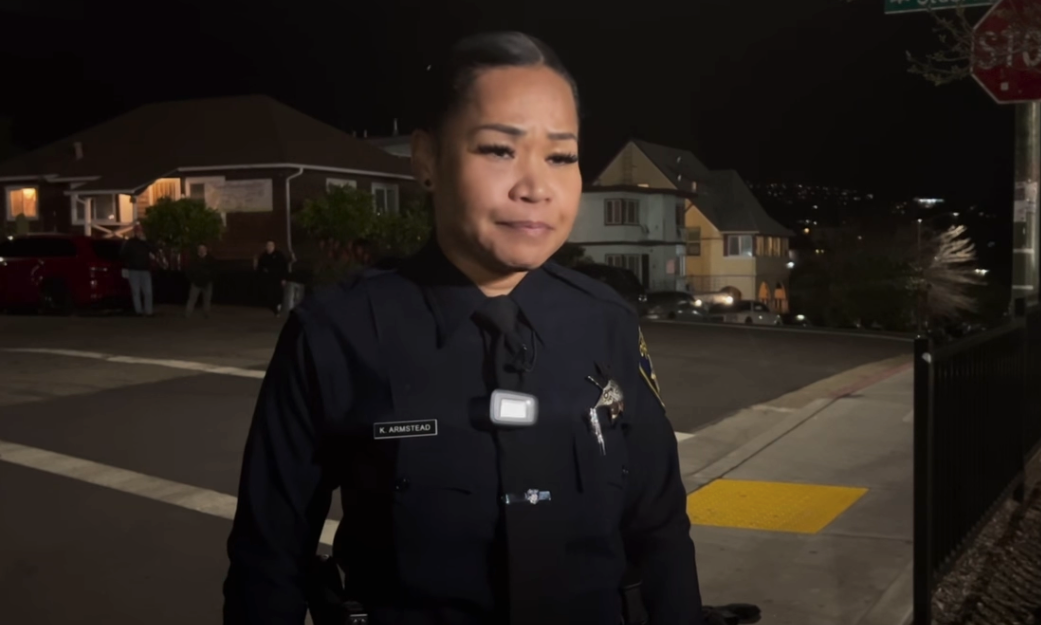 Between 40 and 50 people were at the scene “where individuals were filming a music video,” acting Oakland Police Chief Darren Allison told reporters.

“As the shot was taking place, gunfire erupted from multiple gunmen in different directions,” Allison said.

Police have not named the gang involved in Monday’s attack.

“The biggest threat to us right now is retaliatory shootings — the groups go back and forth, and we continue to see violence that will come out of this particular incident,” said OPD Captain Tony Jones.

An Oakland pastor, Billy Dixon Jr., appeared next to police and Mayor Sheng Thao, begging gang members to pick up a phone, to call him, before reaching for a gun.

The Oakland shooting occurred less than five hours after seven people were fatally shot about 40 miles away in Half Moon Bay in attacks that sheriff’s deputies called an act of “workplace violence.”

And 600 miles south of Oakland, in Monterey Park, 11 people were shot dead late Saturday at a Chinese New Year event in that mostly Asian suburb in Southern California.

And in situations like this I can’t help but think about my son who has never known a time when there weren’t mass shootings, where they didn’t take place in our schools, in our churches, in our dance halls and on our streets,” said Thao.

The Singapore Time - January 30, 2023 0
Annie Wersching, best known for her role as FBI agent Renee Walker on the series "24" and the voice of Tess on the video...

Nadhim Zahawi ‘furious’ over firing as allies lash out at tax...