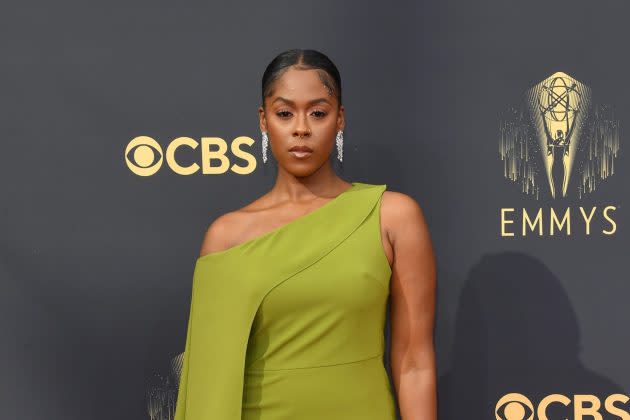 Moses Ingram has signed on to star alongside Natalie Portman in the Apple limited series “Lady in the Lake.”

Ingram reprises the role of Cleo Sherwood in Lupita Nyong’o’s series, which Variety exclusively reported had left the series after production began.

This is the last high-profile TV role for Ingram, who just wrapped up his starring role in the Disney+ “Star Wars” series “Obi-Wan Kenobi.” Ingram is also known for her appearance on Netflix’s hit show “The Queen’s Gambit,” for which she received an Emmy nomination for Outstanding Supporting Actress in a Limited Series. On the feature film side, she’s starred in projects like “The Tragedy of Macbeth” (which streams on Apple), “Ambulance” and “The Same Storm.”

It is replaced by Innovative Artists, Authentic Talent and Literary Management, Viewpoint and TSTIME Rothschild

Along with Ingram and Portman, the cast of “Lady in the Lake” includes Y’Lan Noel, Mikey Madison and Brett Gelman. The series is an adaptation of the novel of the same name by Laura Lippman. It is set in 1960s Baltimore, where an unsolved murder causes housewife and mother, Maddie Schwartz (Portman), to reinvent her life as an investigative journalist and puts her on a collision course with Cleo Sherwood ( Ingram), a hardworking woman who juggles motherhood, multiple jobs, and a passionate commitment to advancing Baltimore’s progressive black agenda.

The Singapore Time - July 3, 2022 0
Rosamund Pike runs down the street in a fuchsia dress and sparkly...