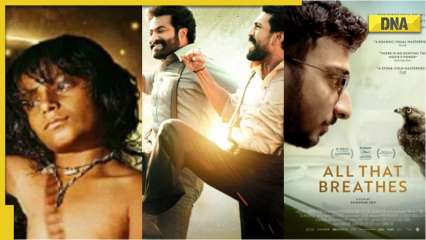 The nominations for the 2023 Academy Awards are out today and they are especially special for Indians as four titles from the country have been shortlisted. The final nominations will be announced today – January 24. The 2023 Oscar nominations are announced by Riz Ahmed and Allison Williams.

Here are all the details of this year’s movies and nominations.

According to an official statement, the event will air Tuesday at 5:30am PST / 8:30am EST. According to Indian Standard Time (IST), it will air at 7pm.

How to Watch Academy Awards 2023 Online

The presentation for Oscar nominations will be streamed live on Oscar.com, Oscars.org or on the Academy’s social media channels, including YouTube.

The Gujarati film Chello Show has been selected as India’s entry for the 2023 Oscars in the Best International Feature Film category. Chhello Show, or as it is called Last Film Show in English, is hosted by Sidharth Roy Kapur under his banner Roy Kapur Films. Pan Nalin co-produced the film under his own company Monsoon Films along with Jugaad Motion Pictures.

According to the Academy’s official website, “Chhello Show” will compete against 14 other films, including “Argentina, 1985” (Argentina), “Decision to Leave” (South Korea), “All Quiet on the Western Front” (Germany ), “Close” (Belgium) and “The Blue Caftan” (Morocco).

Other 14 shortlisted nominees in the category include: “All the Beauty and the Bloodshed”, “Bad Axe”, “Children of the Mist”, “Descendant”, “Fire of Love”, “Hallelujah: Leonard Cohen, a Journey , a Song”, “Hidden Letters”, “A House Made of Splinters”, “The Janes”, “Last Flight Home”, “Moonage Daydream”, “Navalny”, “Retrograde”, and “The Territory”.

The Elephant Whisperers by Kartiki Gonsalves is a documentary that shows the unbreakable bond between two abandoned elephants and their caretakers. The film is produced by Oscar winner Guneet Monga, of “Period. End of Sentence” fame.

Apart from the Tamil title, the other contenders are “The Flagmakers”, “Nuisance Bear”, “Shut Up and Paint”, “Angola Do You Hear Us? Voices from a Plantation Prison”, “Anastasia” and nine other documentaries. shorts in the section.

The hit song Naatu Naatu from the movie RRR has earned a spot on the shortlist for best music (original song). Naatu Naatu also recently won the Golden Globes and the Critics Choice Award this year. The song is composed by MM Keeravaani and written by Kala Bhairava and Rahul Sipligunj

The Singapore Time - January 31, 2023 0
France saw its second major nationwide strike in two weeks on Tuesday in response to government plans to raise the retirement age to 64. According...