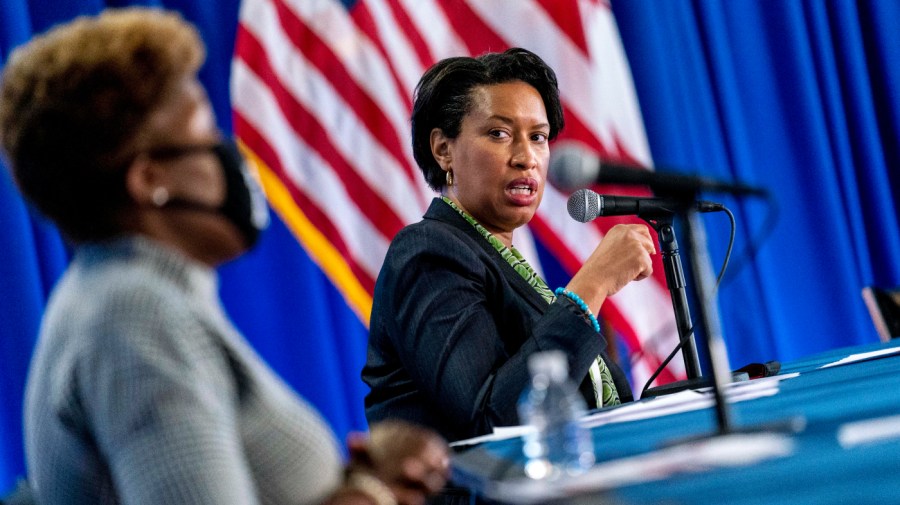 Defense Secretary Lloyd Austin has turned down a request from Washington DC Mayor Muriel Bowser (D) to deploy the National Guard to assist with migrants being transported to the city from Texas and Arizona on buses, a defense official told The Hill .

Bowser called on the guards to assist the city in mid-July when Texas Governor Greg Abbott (R) and Arizona Governor Doug Ducey (R) transported thousands of migrants from the southern border to the capital over President Biden’s immigration policies.

Austin “determined to provide this support, however, would negatively impact the readiness of the DCNG and have negative effects on the organization and its members,” the official said.

“We understand that SAMU has received First Response grant through FEMA’s EFSP [Emergency Food and Shelter Program]and has indicated that there are currently sufficient EFSP resources to provide migrant assistance,” she added.

Bowser said in July that the city’s ability to manage the influx of migrants into the city was limited and criticized Abbott and Ducey for not collaborating with the Biden government over their problems, but rather bussing migrants for “cruel political play” .

Reuters reported Thursday that the request frustrated the White House and other aid agencies, who said it was unnecessary and catered to GOP critics of Biden’s border policy.

Meanwhile, on Monday, Abbott invited Bowser and New York City Mayor Eric Adams (D) to the border to see the “humanitarian crisis firsthand.” On Friday, he separately announced that in addition to Washington, DC, he would also be transporting migrants to New York City

Bowser did not directly address the rejected request during media availability on Friday, but she reiterated her need for the National Guard and a site that can be used to make the stop in DC as “humane as possible.”

“If the federal government isn’t going to do it, they should at least get out of the way and give us the resources we need,” she said.

The Singapore Time - August 13, 2022 0
The US plans to place hypersonic missiles on two guided missile destroyers next year, according to reports.A new global arms race is underway to...