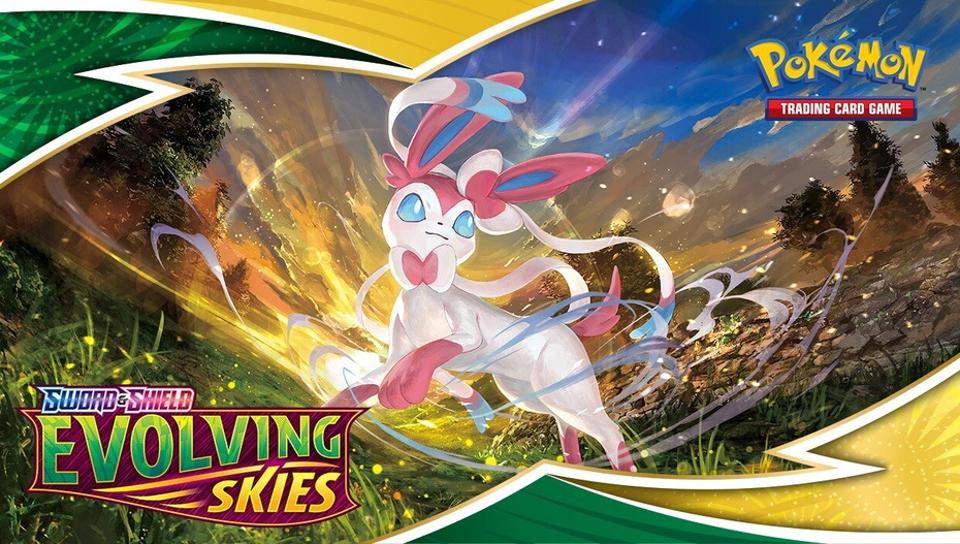 Unlike the last two series, Fighting styles and Icy reign, Changing skies does not appear to be based on a specific part of the Sword and Shield Gameplay. Instead, the focus is squarely on the Eevee family of Pokémon, with the fairy-type Sylveon and the dark-type Umbreon serving as two of its cover stars. The set will include Battle Style VMAX variants of the “Eeveelutions”, such as Rapid Strike Vaporeon VMAX and Single Strike Flareon VMAX, as well as regular VMAX cards like Leafeon, Espeon, and Glaceon.

Emphasis is also placed on dragon types (the ‘sky’ piece of Changing skies), with Rayquaza, Noivern, Duraludon and Dragonite all receiving V or VMAX cards. This will be the first time the dragon typing will appear in the Sword and Shield TCG and Dragon types won’t have any weaknesses or resistances to match their powerful natures in games.

Sword and Shield: Evolving Skies The launch is scheduled for August 27, 2021, with preview builds of the Build & Battle Boxes available from retailers on August 14.