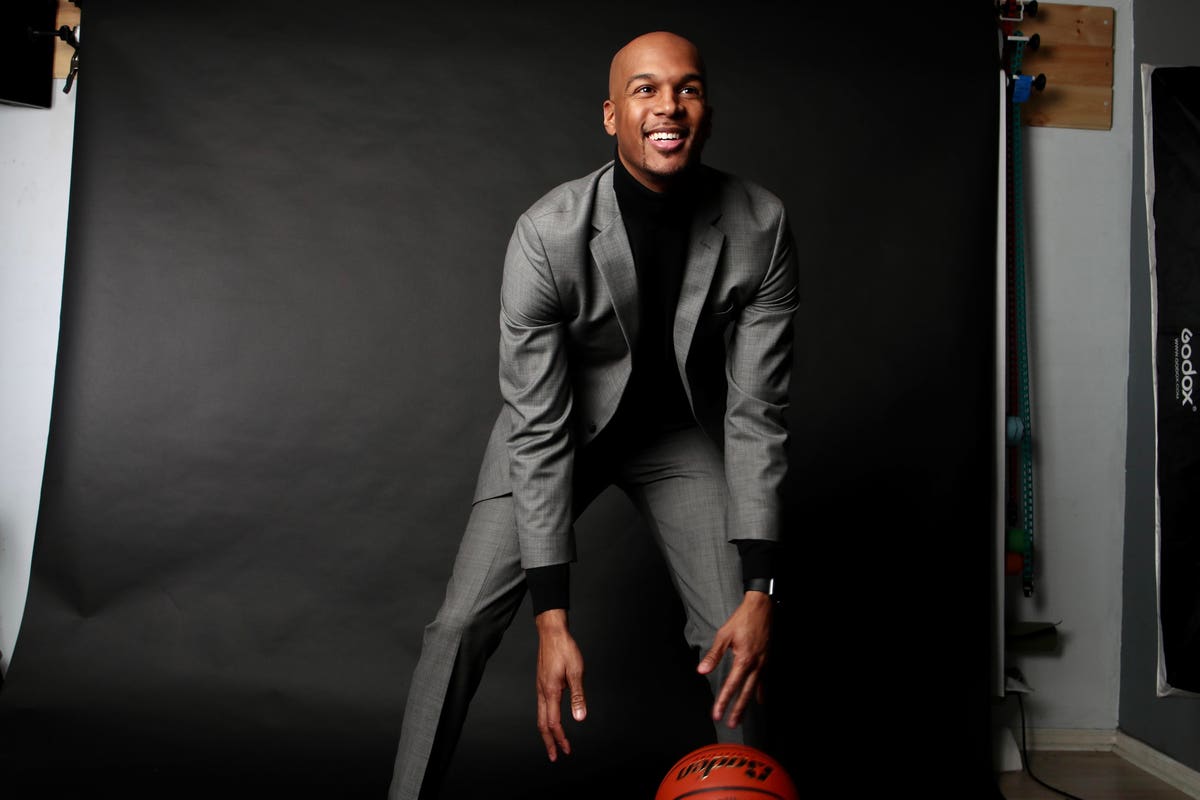 The odds of making it to the NBA or any other professional sport are incredibly high. In the US and many European countries, a disproportionate number of young people are pursuing professional sports, but unfortunately the odds are not favorable. According to Dunk Or Three, anyone looking for a basketball career has about a 1 in 3333 (0.03%) chance of making it to the NBA.

The options for playing professional sports aren’t limited to the NBA alone, but the path is notoriously challenging for anyone who wants to follow it. Ex-pro athlete Art Morrison III, however, believes that pursuing a passion has more value than achieving the vision itself.

Art Morrison III is an ex-pro athlete, author and real estate investor who overcame the odds to play professional basketball in Europe. Morrison’s journey has been one of loss, setbacks from injuries and overcoming obstacles against myriad odds. He has put all his experience into guiding young people in the art of chasing their dreams, from sports to real estate, and life lessons. Morrison has mentored hundreds of young children who wanted to play professionally through his youth basketball organization, AboveMax Basketball. He has also tutored over 400 students in the art of real estate.

This reporter chatted with Art Morrison, who shared a bit about his work and how he uses his story to teach the next generation about overcoming adversity and achieving success.

Rod Berger: Can you tell us something about yourself? Who is Art Morrison III? And what aspects of your background have contributed to your current endeavors?

Art Morrison III: I am an ex-professional basketball player. I played in the Proliga in Portugal and was the top scorer while playing in the league. I graduated from Caldwell University and was also on the men’s basketball team there. I am a certified basketball coach and founder of AboveMax Basketball, a youth basketball organization that trains children ages seven to nineteen.

I specialize in mindset and skill development and personal training. I am using the many lessons I have learned from overcoming huge opportunities in my life to train children to be resilient in pursuit of their dreams. Whether they’re going to play professional ball or not, these lessons will get them through life.

I am also a real estate investor and the CEO of United Home Relief LLC, a company I founded in 2019 that has seen explosive success. We quickly became a seven-figure company, surpassing $1 million in sales in our first full year of operation. So, that’s pretty much me in a nutshell.

recovery: As a professional coach and ex-basketball pro, you should be aware of the huge opportunities for many aspiring young athletes who are trying to make it to great heights. Was your journey a straight forward path, or was it a struggle to become a professional player?

Morrison: It was anything but easy. When I coach young people these days, I try to paint that picture as clearly as possible. Reaching the top in any profession is tough, let alone professional basketball. My personal journey has been filled with repeated setbacks, from attending five different high schools, enduring several injuries, including a torn anterior cruciate ligament (ACL), and finally having to pose as my own agent and fight for a . to get a deal.

recovery: That’s a challenging road to the pros. You said you are posing as your own agent, which is rare for someone allowed to play professionally. Can you tell us a little more about that process?

So I pretended to be my own agent and started contacting teams. I contacted over 3,000 organizations before I got my first chance and eventually my first professional contract. That was how my journey into professional basketball began.

Playing professionally took confidence and self-encouragement to emerge from countless rejections and beat huge odds. I learned so much from the pursuit that I still would have become successful at something else even if I hadn’t made it to the professional stage. In fact, these lessons are largely responsible for my real estate success today. I teach young children this knowledge – to believe in themselves and know that not every door will close on them. For every door that closes, another one opens.

recovery: I can only imagine how humbling it was to reach over 3,000 teams. That’s impressive. But let’s shift the focus from how that transition happened for you from professional play to real estate. It’s not an unusual route for many athletes to enter real estate, so was it a similar story for you?

Morrison: Well, not at all. Many athletes who become real estate investors have played in the NBA with a lot of liquidity. But my circumstances were slightly different. I’ve always wanted to invest in real estate but knew I didn’t want to be a broker or broker, which are the only two options available if you’re broke and have bad credit, which unfortunately was my circumstance.

I had already started AboveMax Basketball by then and coached some phenomenal kids. I launched United Home Relief by using AboveMax to find capital partners and private lenders to fund my real estate deals.

I worked with the parents of some of the kids I coached to raise capital to buy our first five homes during our first year of business. These parents believed in me and invested in my new business, and we haven’t looked back since. We generated over $1 million in revenue in the first year, even during the pandemic.

recovery: That’s a smart way to enter the industry [laugh]. It seems you spend a lot of time mentoring young people in sports and real estate. Why is mentoring children so important to you, and what are the lessons you often teach?

Morrison: Well, my life has been one big rollercoaster. I achieved almost everything the hard way, and I thought, if I can succeed, so can anyone. In 2015, I lost my father to a sudden heart attack, one month after launching the youth basketball organization. Since I could no longer include him in my entrepreneurial journey, I dedicated the growth of my business to him and decided to bring as many people as possible.

In 2018 I released my first book, Overcome: The Key to Unlocking Your Superhuman. The motivational premise has been a powerful mentorship tool for many young people.

The testimonials were great. I’m essentially teaching young people to look at themselves as the main character in a movie and understand that for the story to be a good one, there are trials and hardships to overcome.

So, for example, when I counsel people who are trying to get into real estate, I advise them never to use the phrase, “I can’t do this because…” Instead, they should say, “How can I get into this , despite…” The first formulation closes their creativity and tenacity to persevere, but the latter unlocks their curiosity and ability to innovate and persevere.

I want young people to know that there is gold in the pursuit and not just in the destination. If for some reason you don’t arrive at your favorite destination, you’ve learned so much that you’ll be catapulted to the top when the next door opens.

Art Morrison III is an example of an individual who wants to improve the lives of the younger generation in a recognizable educational platform that builds confidence and business acumen. He divides his time coaching the youth basketball organization and mentoring more than 400 young entrepreneurs interested in real estate. As a result, many young protégés have launched highly successful real estate companies with a sense of knowledge, purpose and confidence all thrown together.

Increased focus within schools to develop stronger teacher and leadership practices that trickle down to the student level continue to make headlines. While many efforts are made within the education ecosystem, external actions are often required from individuals willing to dedicate their time and energy to raising the bar of opportunity.

Morrison sees a vital opportunity within the black community in the US and elsewhere to merge the mentorship of real-life skills with athletic interests. By putting them together, he increases the passion, potential and possibilities for young people to be the best protagonists in the lives they create.

Interviews have been edited and shortened for clarity.

Fifth Sun: A New History of the Aztecs by Camilla Townsend – Review