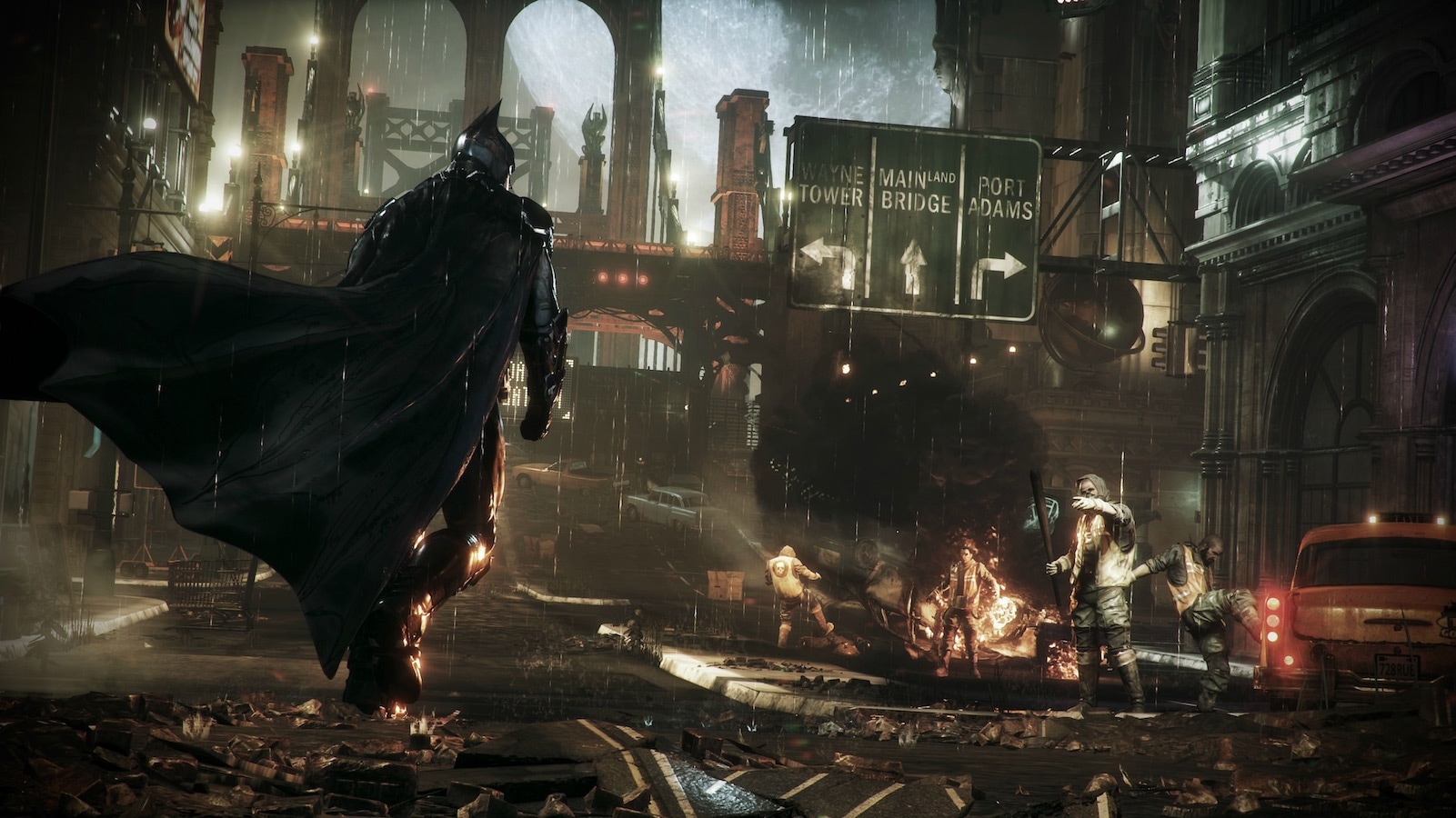 PlayStation Plus is finally taking it to Xbox Game Pass. Starting Thursday, Sony’s game subscription service transformed into a three-headed dragon, designed explicitly to take on the giant Microsoft. While PS Plus might have more members — 47 million out of 25 million — Game Pass has cemented itself as the top offering for the past two years. It’s thanks to Microsoft, which has sunk billions to give Xbox, PC and mobile gamers access to day one releases, a terrific continually updated returning catalog and a service that adapts to the way you play. . Ultimately, Sony knew it had to respond to Game Pass somehow. And now it is.

Now that Sony and Microsoft are on equal footing, which one is doing the better job with their video game subscriptions? That’s what we’ll cover here, comparing the three PS Plus plans (Essential, Extra, and Deluxe) with the three Xbox offerings (Live Gold, Game Pass, and Game Pass Ultimate). Note that it’s not always apples to apples, due to the approach taken by Sony and Microsoft. But what is certain, however, is that the Sony-Microsoft gaming duopoly – Nintendo operates in its own world, really – has only been strengthened with these subscriptions. Xbox and PlayStation had already carved out the hardware world between them, and now they’re taking it a step further.

PlayStation Plus Deluxe vs Extra vs Essential: Which is better in India?

If you want more of this broader debate, tune into our podcast below. And if you’re just here for PlayStation Plus vs Xbox Game Pass, keep reading.

The newly renamed base tier of PlayStation Plus still doesn’t compete with Xbox Game Pass. Instead, its direct competitor is Microsoft’s other subscription, Xbox Live Gold. Let me explain to you.

For one, you need PS Plus Essential and Xbox Live Gold to be able to play online multiplayer titles on Sony and Microsoft consoles, respectively.

Additionally, both offer two or more free games every month. While Sony has two PS4 titles and a PS5 game, Microsoft is sticking to the Xbox One and Xbox 360 era.

Having the basic memberships also gets you extra discounts – usually around 10% – on PlayStation and Xbox digital sales.

PS Plus Essential has a few perks that Xbox Live Gold can’t match, though. You get bonus exclusive content in your PlayStation games. On Xbox, you need Xbox Game Pass for this.

And second, you get access to the PlayStation Plus Collection, a catalog of two dozen PS4 hits – from Bloodborne to Battlefield 1 – available only on PS5.

That said, Sony locks free cloud storage for your PS4 and PS5 game saves behind a subscription. Microsoft is not stingy with cloud storage, offering it to everyone, even if you’re not a subscriber.

While Sony gives you 100GB of PS4 storage and 100GB of PS5 storage, Microsoft’s policy is flexible: “Every game has storage space. As your game library grows, so does your cloud storage.

PS Plus Essential vs Xbox Live Gold: Price in India

The latter is cheaper, but PS Plus Essential tends to offer better free games. The PS Plus collection (on PS5) is a bonus.

Additionally, Sony used to discount PS Plus at least twice a year, usually by 25%. We’ll have to see if that continues with PS Plus Essential.

I’m going to call this round for Sony.

The first new PlayStation Plus tier that really does battle with Xbox Game Pass is Extra, the middle bracket of Sony’s three new tiers. Although this is still not exact, as you will see.

Sony’s games catalog – as it’s known – features over 300 PS4 and PS5 games, including Assassin’s Creed Valhalla, Control, Marvel’s Spider-Man and Returnal. Some titles are courtesy of Ubisoft+ Classics, a subset of Ubisoft+.

On top of that, Game Pass also offers several day one releases, including everything made by Xbox Game Studios – from Halo Infinite to Forza Horizon 5 – in addition to third-party titles.

Sony said the new PS Plus won’t take this approach with its own games. The service’s latest first-party games are remasters/enhanced editions (Ghost of Tsushima Director’s Cut and Death Stranding Director’s Cut), with the latest new game being Returnal from April 2021.

That said, other game developers will have this opportunity. For example, Stray – the next cyberpunk cat game – will be released on day one on PS Plus Extra and higher tiers.

See also  Electric vehicles could represent 33% of global sales by 2028, according to AlixPartners

And as you can see, Sony doesn’t offer classic games – those from beyond the PS4 era – on PS Plus Extra. This makes Xbox Game Pass a better option for some.

There’s no annual option, but even stacking two six-month Game Pass subscriptions is cheaper, although Sony is offering 80% savings on the annual plan compared to the monthly variant.

PS Plus has Ubisoft+ Classics, while Game Pass has very few Ubisoft titles such as Far Cry 5 and Assassin’s Creed Origins.

But the biggest difference is that Game Pass has many day one releases.

Unless online gaming is a priority for you, in which case, this is Sony’s turn.

What remains now is the best of the best. PlayStation Plus Premium offers the highest level of competition to Xbox Game Pass Ultimate. But the benefits here are not available worldwide.

If you want to stream games to the cloud, you’ll need PS Plus Premium or Game Pass Ultimate.

Premium offers all available PlayStation Now games – this separate subscription has been merged with PS Plus now – including PS3 games which are only available via cloud streaming.

Xbox Cloud Gaming – as it’s called – is only available with Game Pass Ultimate, unless you like free-to-play titles like Fortnite which are open to everyone. The Xbox Cloud Gaming catalog is a smaller version of the Game Pass catalog.

While PS Plus Premium supports streaming on PC and PS5, Xbox Cloud Gaming works on PC, Xbox, and mobile.

But cloud gaming is not available in India and elsewhere. Sony also came up with a different name for the service – it’s called PlayStation Plus Deluxe. Xbox Game Pass Ultimate retains the same name.

PS Plus Deluxe/Premium offers two additional benefits. A classic catalog of over 80 games from the PS1, PS2 and PSP era. And a selection of game trials – lasting 1-3 hours – for Horizon Forbidden West, Cyberpunk 2077 and Tiny Tina’s Wonderlands.

Meanwhile, in Game Pass Ultimate, you have access to four more perks. Chief among these is access to all of EA Play, which gives you hundreds of additional games, 10-hour trials for the latest titles, and 10% off all purchases. of EA games.

Second, Xbox Live Gold is included in Game Pass Ultimate, giving you access to online multiplayer and the rest I mentioned at the start.

As you can see, while Game Pass Ultimate is much cheaper than PS Plus Deluxe on a monthly basis, PS Plus Deluxe is slightly cheaper if you go for the full year.

Of course, if you go the open secret route – stacking 36 months of Xbox Live Gold and converting it to Game Pass Ultimate – then Microsoft’s subscription is much cheaper.

In terms of advantages, Sony has nothing to offer to counter EA Play and PC Game Pass. Ubisoft+ Classics — available on PS Plus Extra and Deluxe/Premium — falls short.

And while Deluxe/Premium might put Sony on par with classic Game Pass Ultimate offerings, there’s still nothing to beat Microsoft’s day-one releases.

Game Pass Ultimate is the winner for me, especially if you take the secret route. Even more so if you have both PC and Xbox.