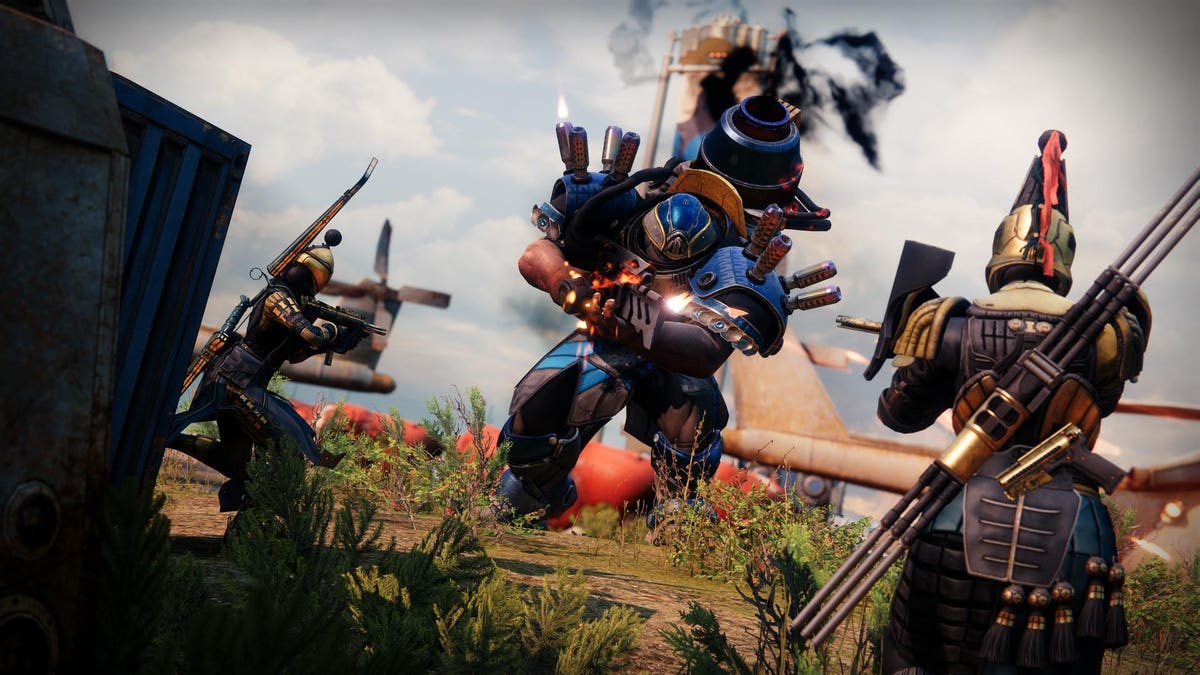 Yesterday a reader asked me how I would rate the rest of Destiny 2’s seasonal activity over the years after I started a rant about Reckoning. This tweet was popular enough to make way for an article here, but instead of just doing “tier lists” like I did there, I’m going to try and find some real ranking order.

So here are all of Destiny 2’s seasonal activities, ranked from best to worst. And I’ll try to explain why:

1. Menagerie (Season of Opulence) – Put simply, one of the best-designed activities in Destiny history with accessible yet fun mechanics and diverse and enjoyable bosses. It also helped that he had one of the best loot concentration systems in history with some Great guns, although Menagerie sort of “cheats” here, as there was a long time when you could operate around 6-7 guns at a time due to the chest issue. It was probably too long to be worth it once that was fixed, but as an activity overall, it still ranks number one.

2. Sundial (season of dawn) – Well, second place goes to an activity that was essentially “Menagerie Lite”. Fewer arena types and less diverse bosses, but it was still a terrific and incredibly rewarding activity with the final chest allowing you to target farm loot and even get several perks easily. And everyone loved the Dawn weapons to boot (RIP Breachlight).

3. Battlegrounds (Season of the Chosen) – Okay, this one is going to be controversial, I’m sure. No, I didn’t like the hammer load system, and yet this activity went Savage with enemy density in a way we rarely see, and designed an activity that was more or less a stripped-down strike series, so much so that they currently count in the Strike playlist as we speak. For me personally, it was one of the best things they did.

4. Forges (Season of the Forge) – I know that “throwing a ball” was a meme and that there were too many “talk to Ada” steps in this questline, and yet I have fond memories of Forges which I consider a seasonal activity. solid overall, and a lot of fun to grow. All they needed was to change the way the rewards were distributed and that would have been perfect. And God knows we need to get all those guns from the Armory.

5. Broken Kingdom (Season of the Lost) – I really, really like Shattered Realm right now, a fantastic mix of combat and exploration, digging through these maps for secrets and lore besides taking on enemies and uncovering unique encounters. Just very different from anything we’ve seen before.

6. Contact (Season of Arrivals) – I know Contact is a public event, which is a big no-no for seasonal events, and yet it was… pretty good? I really enjoyed Contact and it was far from Seraph Towers. The loot was average, but the activity itself was actually great, and it felt like a fun, PvE version of Gambit to me.

7. Astral Alignment (Season of the Lost) – Astral Alignment is… good for me. Not my favorite. The end of chest rewards are very dull even though the format here is similar to the sundial. Also, I find myself doing 80% of the work in the various arenas, as everyone is just killing enemies for bounties. And the last boss segment turns off if you kill too much lots of enemies. He needs a little work.

8. Erase (Splicer Season) – I will give points to the Expunge missions to be unique, it’s just that after going through the obstacle courses I didn’t find that there was a lot of replay value because there wasn’t a lot of fighting and they felt a little sterile. But I know some people really liked them.

9. Override (splicer season) – The override was fine, but actually crippled by the fact that this was a six man activity with not enough enemies to kill, so it seemed sparse. There was also too much work, like shooting the data shards and the assault course before the boss that you could just go through with AFK. And the bosses themselves were just too easy and the same.

10. Vex Offensive (Season of the Eternals) – It was our first experience in a seasonal business associated with an expansion and it was just… whatever. Extremely basic and repetitive, but quite fun initially and the rewards were half decent. But definitely near the bottom of the list here.

11. Seraph Towers (the season of the worthy) – I know this is the least favorite activity of some people, but for me there were two parts to it, the beginning, which was excruciating, then the activity once people were more powerful and understood the cleansing power of the Warmind Cells, which made it less bad. And yet when it was bad it was really Wrong.

12. Wrathful Hunts (Hunting Season) – I’ll say that in favor of Wrathborn Hunts, they were… small. But like, so short it was kinda ridiculous. The follow-up took the longest, but the actual boss fight usually didn’t last longer than 15 seconds. Guns weren’t great either and are rarely used today. The only good hunt was the last one through Dreaming City, but none of the others came close to that level.

13. Judgment (Season of the Wanderer) – What, you thought I would put something else here? I could write an entire essay on how Reckoning is the worst activity in Destiny history. Yes, the weapons were good, the rodent hunter and spare rations in particular, and yet on all levels it was a horrible activity. This included “drop in drop out” matchmaking which worked like a public event, only worse. By far the worst was the Bridge of Folly which pretty much enforced the use of super-specific super-specific and super-specific exotics, which I guess could be “fun” with infinite super-like. chaos, but that was the end point of the power drift, so much so that Bungie admitted that the game was sort of broken at this point, and things had to change after that. The bridge in particular was a nightmare, as literally only one person could get run over and you would likely fail the entire encounter with terribly ungenerous timers. About a year later, Reckoning was nerfed to be somewhat tolerable, but it was an absolute nightmare for a very long time, and by far the worst activity Destiny has ever had as a franchise.

So yes, that’s it. I left the escalation protocol off the list because Warmind was pre-“seasonal” content, but that would be pretty high if that counted. Either way, feel free to challenge my list, as everyone has been doing all day on Twitter.