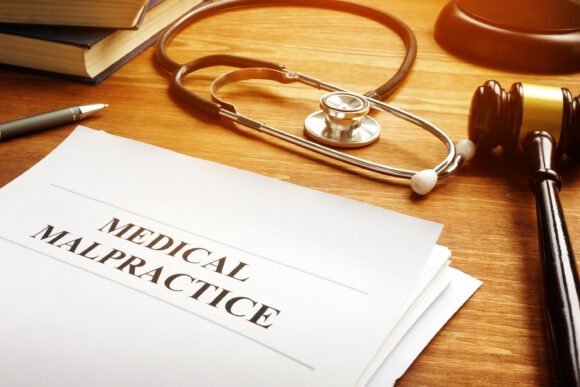 According to an actuarial analysis commissioned by The Doctors Co.

TDC hired Moore Actuarial Consulting to estimate how much insurers’ average losses increase over headline inflation, the difference being what the insurer defines as social inflation.

The actuaries used data reported on annual statements from medical professional liability insurers to track losses paid over 15 years and data reported to the National Practitioner Data Bank. Benefits from insurers targeting healthcare institutions, such as hospitals, are excluded in order to target the results to physician practices.

The data indicates social inflation costs of $2.4 billion to $3.5 billion over the past 10 years.

“Our research shows that the pace of settlements exceeding $1 million has accelerated, and large settlements are a major driver of social inflation,” said TDC President Robert E. White Jr. in a press release. “It’s one reason malpractice premiums are rising for many physicians.”

The average amount paid per report slowly increased from 2006 to 2017, when it increased by 8.6% and then by 2.6%. Average payments declined in 2020 and 2021, which the researchers attribute to a general slowdown in litigation due to the pandemic.

“The change in development patterns in 2020 and 2021 was abrupt and significant,” actuary David Moore said in an email. “We have seen similar changes in other lines, including commercial cars. Such a material and consistent change is unlikely to be a random fluctuation. The pandemic had major macroeconomic consequences and the slowdown in development appears to be one of them.”

Insurers’ reserves have not kept up with cost growth. Since 2012, the amount reserved has dropped by about 30%, but the losses paid have not decreased, the report said.

“We are not speculating on the cause of changes in reserve reserve adequacy,” Richard C. Soulsby, a senior vice president and chief actuary for TDC, said in an email. However, it is important to note that carried reserves consist of case reserves plus bulk and IBNR reserves (accrued but not reported), so a decline in case reserves does not necessarily mean that total reserves are deficient. “

Malpractice insurance trend lines are muted compared to other lines, especially commercial autos. That may be because the focus on medical professionals grew in 2020 with the outbreak of the COVID-19 pandemic, the report said. Also, 30 states limit non-economic damages in medical malpractice cases.

“The situation is somewhat different for medical malpractice, as the reserves in this line have become obsolete and insurers had a favorable development through 2018,” said Moore. “Although they have had an unfavorable development in 2019 and 2020, current estimates from Conning and AM Best suggest that the reserve position is still unnecessary. For commercial cars, reserves have been insufficient for many years and insurers have continued to experience unfavorable claims development.

However, the report notes that California recently revised a $250,000 limit for noneconomic damages, which has been in effect since the mid-1970s to allow damages of up to $500,000 in wrongful death cases, where the limit is increased by $50,000 per year for the next 10 years. year and thereafter 2% per year.

“Any change in California, which is home to nearly 12% of the nation’s population, could have a significant impact on national averages,” the report said.