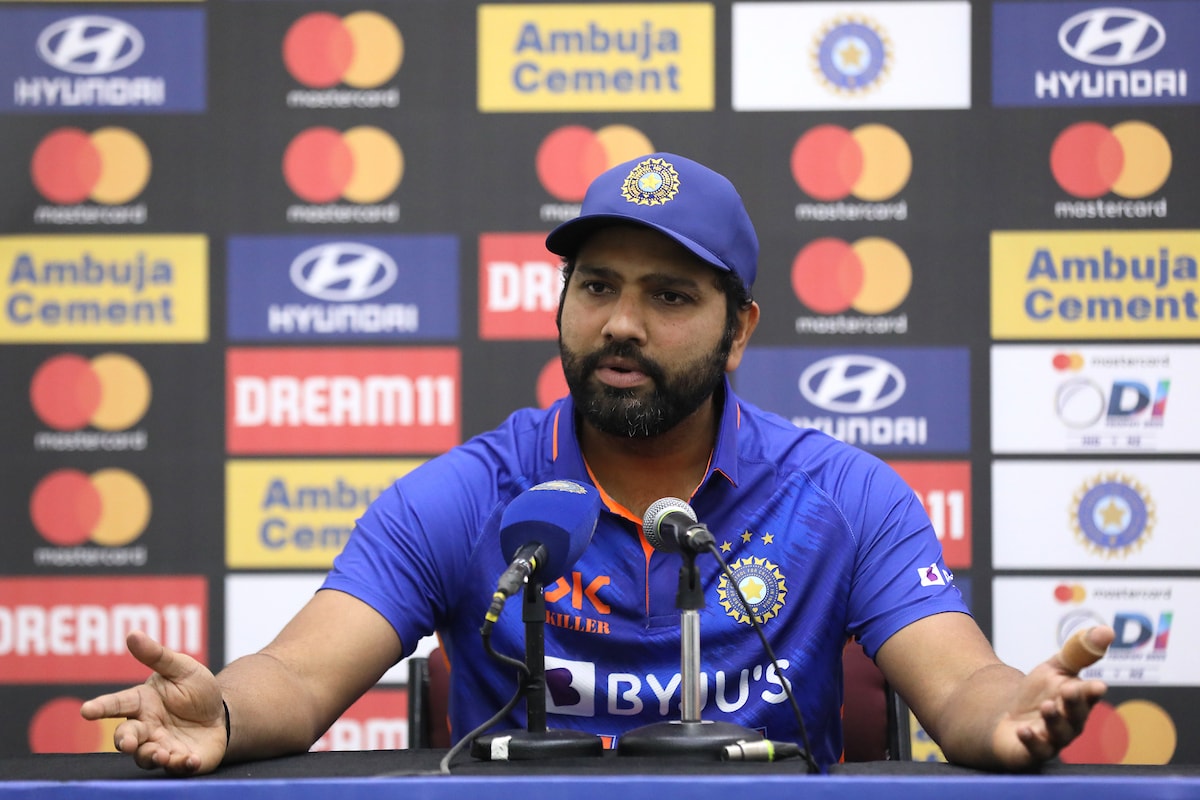 An exasperated Rohit Sharma slammed the broadcaster for showing his century in the third ODI against New Zealand was the first in “three years” as the skipper pointed out that for various reasons he barely played 50-over matches in that span played. As Rohit cruised away to deep square to reach his 30th ODI century in the third match against New Zealand on Tuesday, the broadcaster flashed the statistic that it was the Indian skipper’s first ton since January 2020. While the statistic is true, Rohit felt it was not giving the right picture.

“As for the first hundred in three years, I’ve only played 12 (17) ODIs in three years. Three years sounds like a lot,” Rohit told reporters after the match.

When asked further by a journalist if it was the return of the ‘Hitman’, a nickname used for him, Rohit, who hit nine fours and six sixes in India’s 90-run victory, said, “As I said, there were no games in 2020.” “Everyone was home because of COVID-19. We hardly played any ODIs, I was injured so I played two Tests in that time, so you have to put that all in perspective.

“Last year we played T20 cricket. And in T20 cricket at the moment there is no better batsman than Suryakumar Yadav. He has hit two hundred and I don’t think anyone else has.” Shardul Thakur changed the complexion of the match with his wicket-laden second spell as he broke Daryl Mitchell and Tom Latham’s wickets from back-to-back balls before losing Glenn Phillips in his next over.

“He has a knack for taking wickets at the crucial moments for us. We’ve seen it not only in ODI cricket, but also in Tests. He’s very critical of us and where we are as a team.

“So I just hope he continues to deliver this kind of performance and it will only do the team good and give him confidence that he can come and collect wickets.

“This man is very smart, he has played a lot of domestic cricket and understands what needs to be done.” He revealed how Shardul, Hardik Pandya and Virat Kohli plotted the dismissal of New Zealand skipper Tom Latham.

“In this format you have to use your skills and he (Shardul) certainly has them. He bowled a good knuckle ball to Tom Latham today (Tuesday), nicely planned in the middle by Virat, Hardik and Shardul.” The skipper was also full of praise for young Shubman Gill, who was the frontrunner in the series.

“The way he batted in the series I don’t think needs much telling. He understands his game, he adapts his innings well and that’s what we want, to go big and deep in the game.

See also  Usman Khawaja gets visa to travel to India; To fly out on Thursday | Cricket news

“As flat as the field is, a double hundred is not easy and it shows. In that match (first ODI) the next best score was 34, which shows he is calculating. He has great maturity.” With the win, India moved into first place in the ODI rankings, but Rohit was indifferent to the performance.

“To be honest, ranking and stuff doesn’t matter. Before this series we were fourth. I don’t know how we were fourth because all last year I don’t think we lost a series.

“We don’t delve into it too much, we prepare for the big tournaments. We want to be ready for everything. All these series give confidence.”

What really happened when F1 drivers went on strike?

The Singapore Time - February 2, 2023 0
One of two brothers charged last year with the murder of Dion Lamarr Ford Jr. during the St. Paul shooting, a former high...