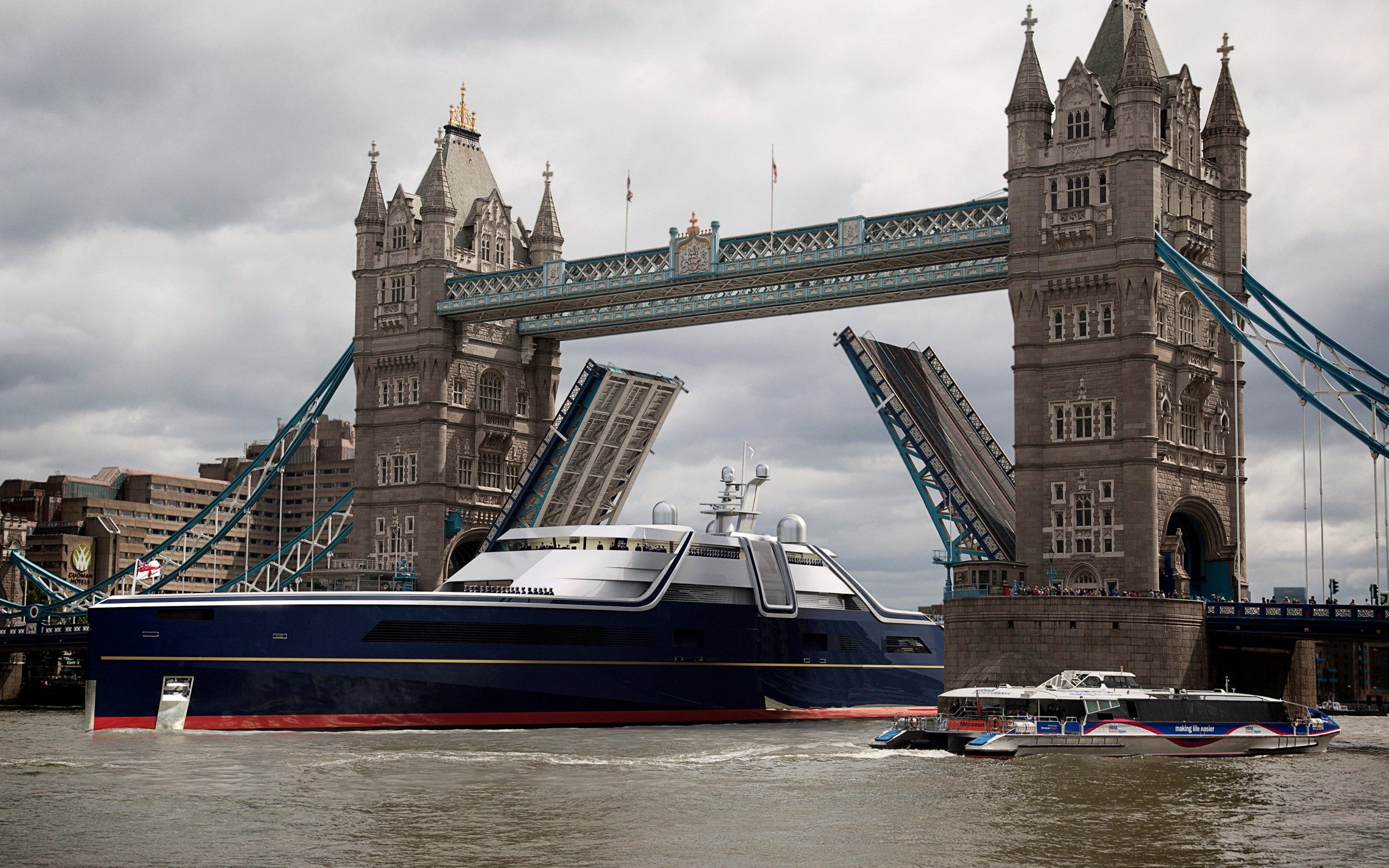 Headed by Philippe Briand, eco-yacht designer and naval architect, the company said the project drew on a variety of cultural and societal cues, “from innovation and sustainability to accessibility and inclusion, to represent the very best of the British in design, production, craftsmanship and diversity.”.

It added: “Indeed, in developing the design, the essence of Britishness is central through a ribbon motif of the Union flag in the side and top views, while reflecting the multicultural society that defines the UK today.”

Mr Briand said: “Designing a ship – a flagship – that will become a benchmark in sustainability and will demonstrate both British excellence and British heritage for present and future generations, while also being a symbol of inclusion and diversity, was a huge challenge that kept me awake at night.

“The nature and intensity of the project kept me focused, but also filled me with pride, not just in the design process itself, but in what the flagship stands for.”

He added that acting as an architect and realizing the design of the project was “hugely complex” because it “is not intended to represent the taste of one person, but the essence of an entire nation”.

“That’s actually much more difficult than designing for even the most discerning person,” he said.