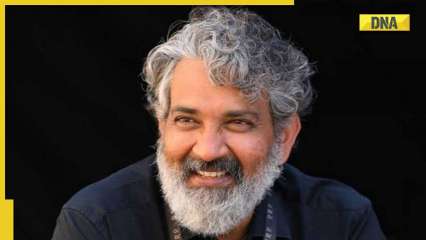 SS Rajamouli, one of the top filmmakers in India, is currently touring various cities in the United States of India for the screenings of his movie RRR as the US distributors of the movie are running an active campaign for the Telugu movie, featuring starring Ram Charan and Jr. NTR, to get nominations in multiple major categories at next year’s Oscars awards.

The filmmaker also gives interviews to multiple foreign film magazines and in his most recent interview with Total Film, a British film magazine, he was directly asked if Kevin Feige, the president of Marvel Studios, approached him to make a film for the Marvel Studios. franchise.

While revealing further details about the planned sequel, the director added: “Recently, when I was talking again with my dad and my cousin – we are the core story writing team – suddenly my cousin came up with an absolutely amazing idea, and we thought, ‘wow, this needs to be made into a story’. I asked my dad to spread it out, to etch it down, and he’s at it.”

“It’s about these two guys. RRR can’t do without Tarak and Charan. Maybe there will be other stories about other historical figures, which could be true or fiction, but that would be a totally different movie,” Rajamouli, who also stated at the head of the blockbuster Baahubali franchise.

The Singapore Time - December 6, 2022 0
England has nothing to fear against France, says Bukayo SakaEngland now have a few days to recover and prepare for a huge quarter-final draw...

As more Latinos join the trucking industry, their devotion to Our...

As more Latinos join the trucking industry, their devotion to Our Lady of Guadalupe fuels their pilgrimage to the Des Plaines Shrine

As more Latinos join the trucking industry, their devotion to Our Lady of Guadalupe fuels their pilgrimage to the Des Plaines Shrine