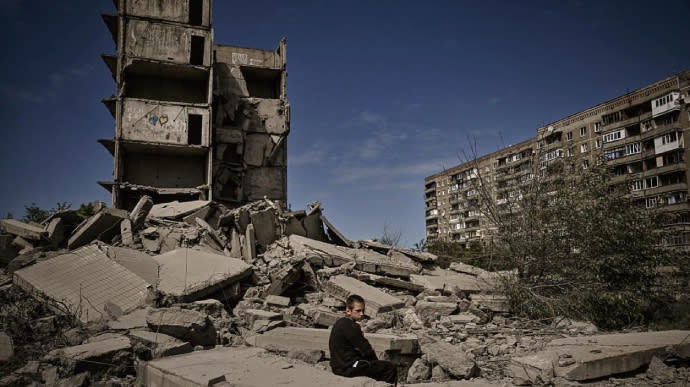 The ruthless destruction by the Russian army of Ukrainian infrastructure could be indicative of Vladimir Putin’s desire to use the territory as a springboard for a broader offensive against Europe.

Quote from Maliar“It is assumed that they are destroying civil and social infrastructure because they have no interest in it, because they intend to use the territory of Ukraine as a springboard to move forward. Most likely, Ukraine is not the end goal, and if the whole world doesn’t stop Putin now, he will leave Ukraine [bringing his war] to the European world.”

Details: Maliar confirmed that the situation on the front is now difficult as fierce fighting continues.

So far, Russia has not been able to achieve all of its goals as quickly as it had hoped due to strong resistance from the Ukrainian Armed Forces. The struggle has become fiercer due to the unexpected might of Ukraine, with the Russian military currently dominating in terms of personnel, weapons and military equipment. However, the Armed Forces of Ukraine continue to decommission Russian military personnel and equipment, the deputy minister said.

See also  Anthony Joshua vs Oleksandr Usyk: When will the fight take place, where will it take place and what TV channel will it air on?

In the oblasts of Donetsk and Luhansk, the prime objective of the Russian Federation is to reach the geographical borders – this is an ambition that Putin has been pursuing for 8 years. At the same time, attempts are being made to encircle the Ukrainian troops fighting there to obtain a position of strength in the negotiations.

Quotation: “Russian troops follow a certain MO: for example, they try not to engage in street fights (although this is already happening in Sievierodonetsk), because they lose when it comes to street fights Therefore, they prefer to destroy the entire city and appropriate the territory alone without social infrastructure.

The second important point is that the Russians spare neither their men nor their equipment. They have already put their production facilities on high alert (factories producing weapons in the Russian Federation work in multiple shifts) to replenish what they are losing here.”