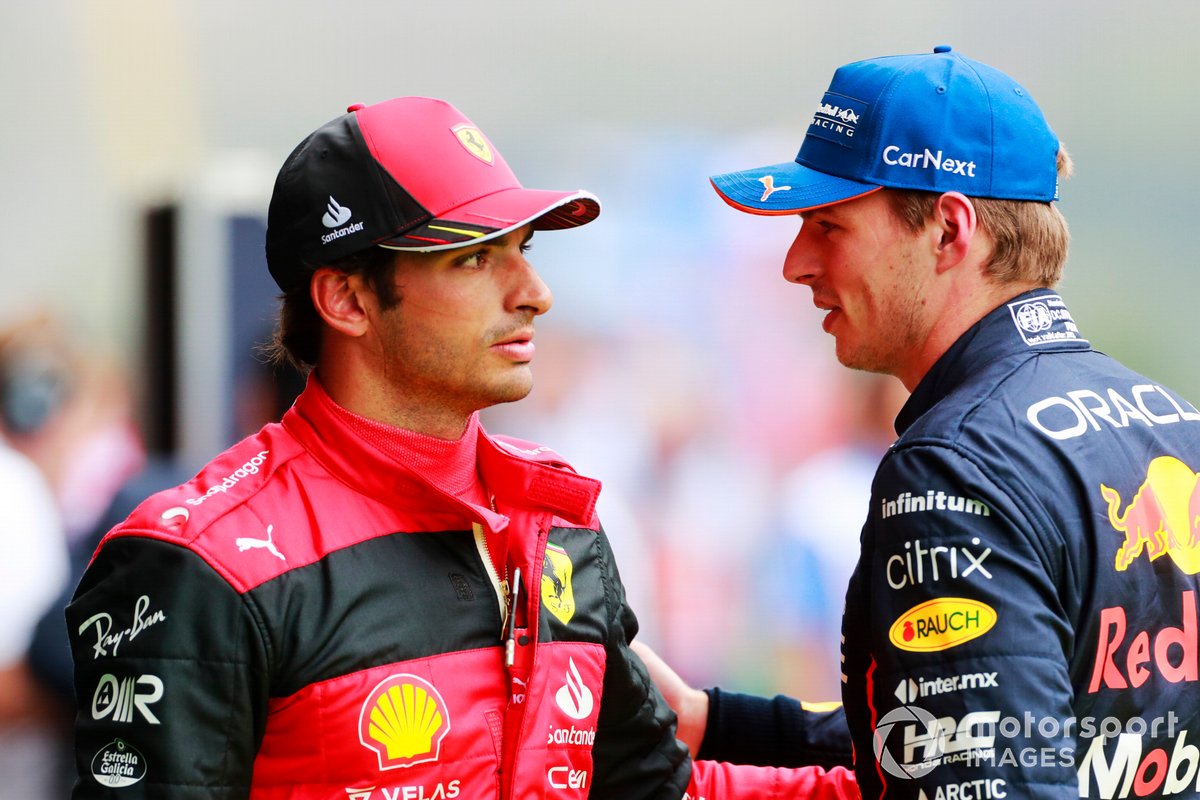 Sainz took qualifying pole at Spa-Francorchamps after finishing second to Max Verstappen in Q3, who will start from the back of the grid as one of seven drivers to be penalized for engine changes.

The Spaniard’s enthusiasm for his second career F1 pole was dampened by the huge 0.632 second lead over Verstappen, while Red Bull looked dominant over the Belgian GP weekend, the first race after the summer break.

Sainz has urged Ferrari to find answers as to why it appears to have lost a one-lap advantage at several tracks before the summer.

“Of course happy to start on pole,” Sainz said. “Not so happy to see the gap to Max this weekend and the gap that Red Bull has on us.

“We have to keep digging to see why Red Bull is so fast on this track.

“But starting from pole is a good place to start and from there we will try to win tomorrow.”

“My Q3 run one was cleaner,” he said. “The out lap was a bit of a mess, playing with the drags, seeing who wanted to lead, in the end I had to lead and I didn’t have a drag and I had to take the lead there.

See also  Wisconsin gets back on track in New Mexico State defeat ahead of the team's Big Ten opener vs. Ohio St.

“Overall it was a bit of a mess and the first lap was good enough for P2, which I knew would get me pole.

“But still a little surprised to see this big gap to Max and to see the big gap to Red Bull which makes me wonder what’s going to happen in the race tomorrow because I think our race pace is slightly better than our qualifying pace .

“But there is certainly something to be found.”