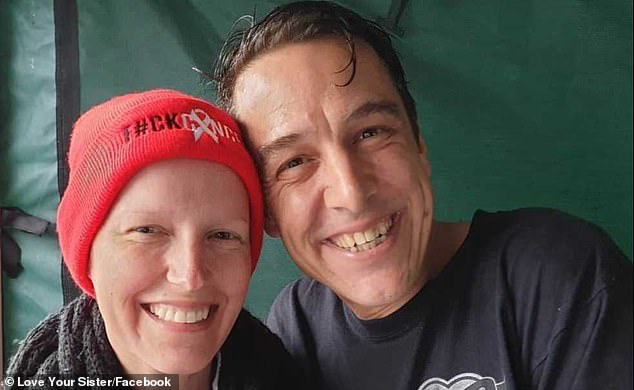 Samuel Johnson has taken to social media urging his followers to help make the dreams of a woman suffering from stage 4 terminal colon cancer come true.

The Australian actor, 44, posted on Facebook via his Love Your Sister charity page that Keely Marinaccio, 35, had received the devastating news that she had only ‘days’ to live.

The Victoria-born star added that Keely’s dying wish was to raise $10,000 for his Love Your Sister charity, which was dedicated to “conquering” cancer.

Samuel Johnson has taken to social media to urge his followers to help fulfill the dreams of a woman suffering from terminal cancer. He posted on Facebook that Keely Marinaccio (pictured together) had only a few days to live

He wrote, “We have a chance to fulfill her bucket list, but we don’t have long. Her friends and family are trying to get there, but I think maybe the village should help her achieve her dream.

‘What a way to go out. Like my sister, raising money until the end,” he added.

Samuel shared a photo of him posing with a beaming Kealy, who wore a beanie with the words “f**k cancer” on it. 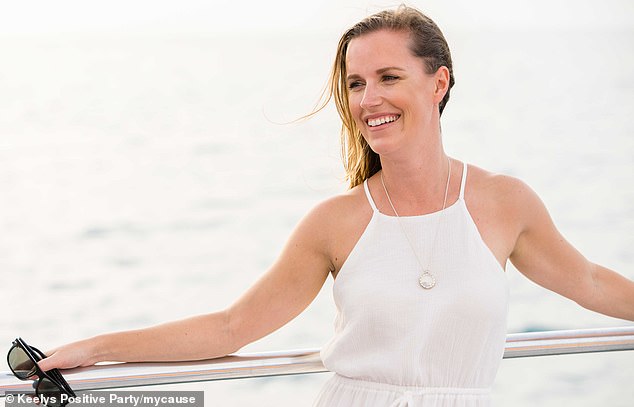 The Victoria-born star added that Keely’s dying wish was to raise $10,000 for his Love Your Sister charity, which was dedicated to “conquering” cancer

Keely was making progress toward her goal, and at the time of writing, her fundraising page had raised $9,229 toward the $10,000 goal.

Sam is dedicated to battling cancer after his sister Connie lost her battle with the disease in September 2017.

He previously revealed that he struggled to cope in the wake of his sister’s death. 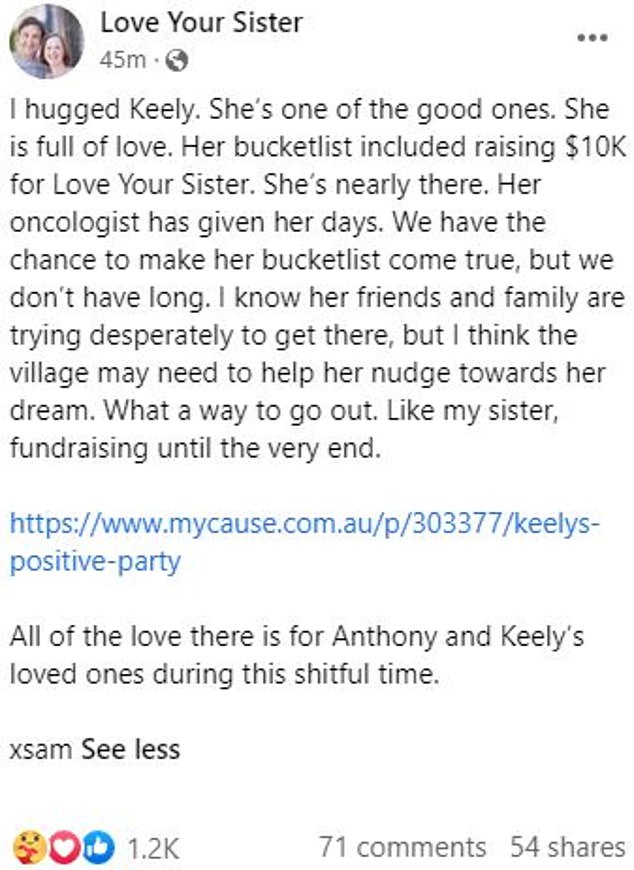 “I can’t just bounce back from burying her and blindly move forward,” an emotional Samuel told 9Honey in 2018.

In 2012, the siblings launched the Love Your Sister charity, which has since raised more than $7 million in the fight against cancer.

Sam is still hard at work raising money for his charity, but confessed it wasn’t easy without Connie by his side.

My head just wasn’t in the game. There was a lot of things she left me that I had to understand,” he explained. 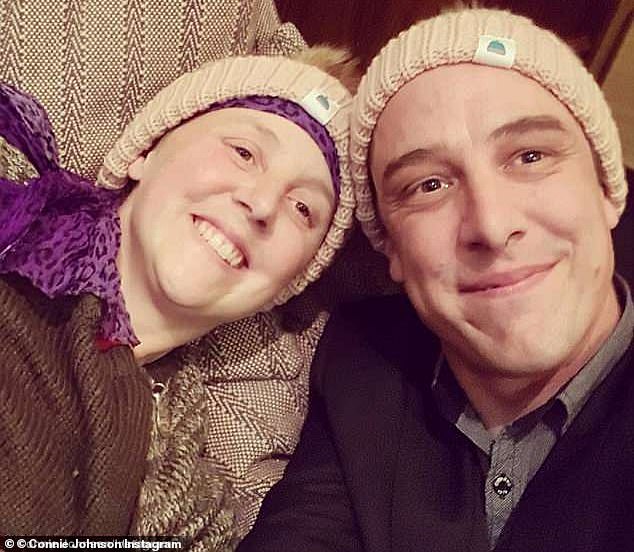 Six Nations 2023: fixtures, starting times, how to watch and latest...