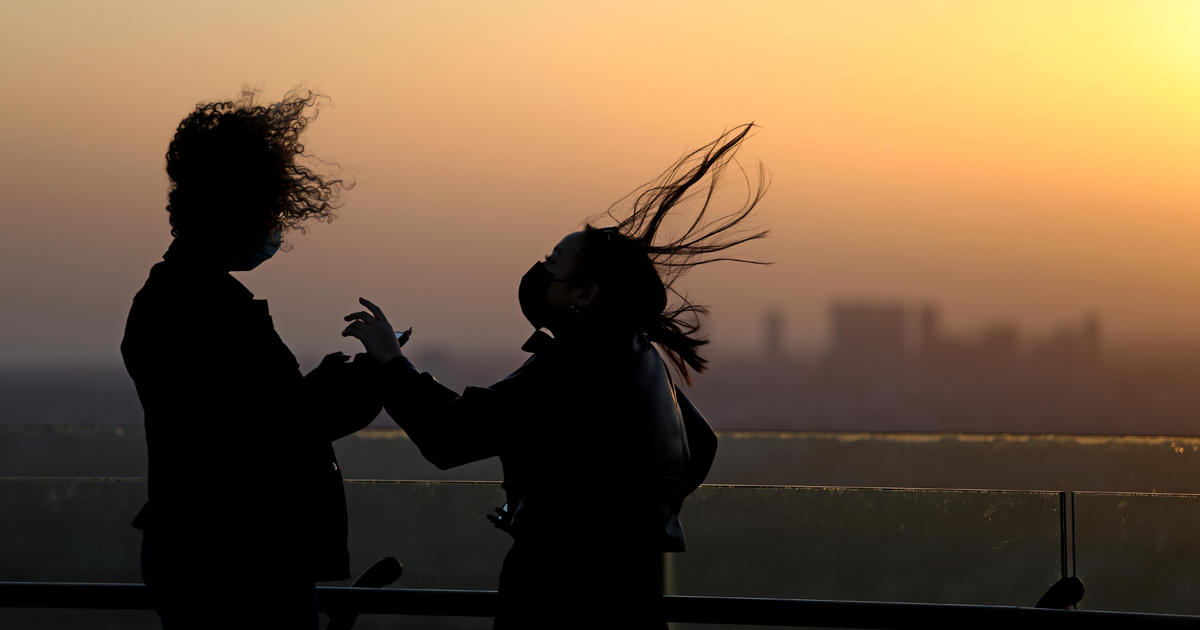 The winds, caused by high-pressure buildup in the Great Basin, were expected to strengthen Wednesday night and peak Thursday, the National Weather Service said. Relative humidity will be critically low, ranging from 5% to 15%.

Red flag warnings of fire hazards were issued Thursday along the coastal strip of Malibu and in adjacent mountains.

“Winds will really pick up after midnight and peak through Thursday morning with gusts peaking in the 40 to 55 mph (64-88 kph) range, with potentially damaging gusts up to 65 mph (105 kph) for adjacent mountains and valleys of western Los Angeles and eastern Ventura counties,” the weather service said.

The City of Malibu said the Los Angeles County Fire Department will have more personnel in the area and urged residents to be prepared.

The Southern California Edison website showed that more than 50,000 customers in Los Angeles, Riverside and Ventura counties are under consideration for a public safety shutdown of power.

SoCal Edison spokesperson Diane Castro said the region has not received enough rain during the recent storms to offset the threat of wildfires.

“We will shut down a public safety stream only as a last resort to protect our communities from wildfires,” Castro said.

A change in conditions will bring a chance of light rain and mountain snow to California early next week.

The Singapore Time - December 9, 2022 0
Olivia Jade pops up with Euphoria beau Jacob Elordi as they prove...