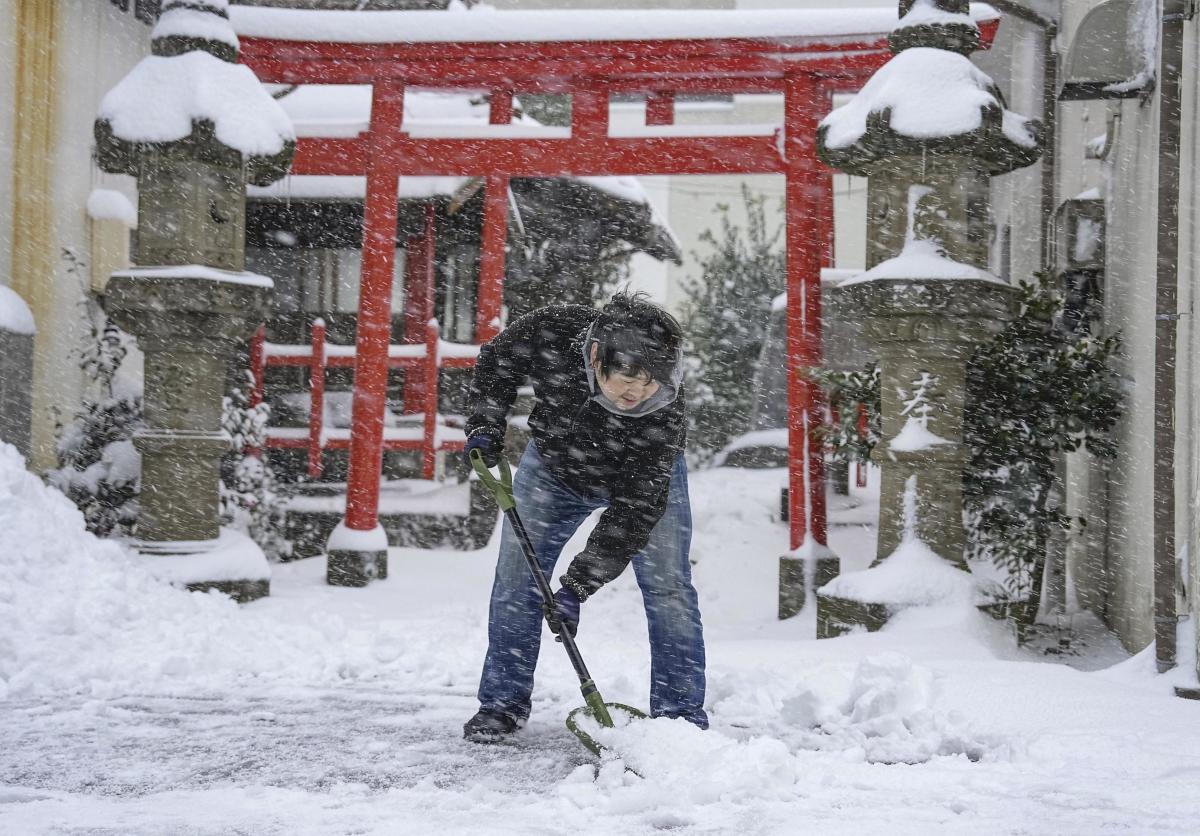 Officials from South Korea’s Ministry of Interior and Security have not immediately reported major damage or injuries from freezing temperatures and icy conditions that have hit most of the country since Tuesday.

But at least eight roads and ten sea routes remained closed as of Wednesday afternoon. About 140 homes in the capital Seoul and nearby regions reported faulty water pressure pumps or pipes as mainland temperatures dipped to about minus 15 to minus 20 degrees Celsius (5 degrees to minus 4 degrees Fahrenheit).

See also  Talking Europe - European Commission 'has a responsibility to clean up' on 'Pfizergate': EU Ombudsman

At least one person has died and two more deaths are being investigated in connection with the cold weather, cabinet chief Hirokazu Matsuno told reporters.

Thousands of people using train services in western Japan’s Kyoto and Shiga prefectures were forced to spend the night in carriages or stations, while vehicles stalled on major roads across the country and hundreds of flights were canceled, TSTIME News reported.

Air traffic returned to normal after hundreds of flights to and from Jeju were grounded on Tuesday due to high winds and snow, stranding an estimated 40,000 travelers who had visited the resort island for a Lunar New Year holiday.

About 540 flights, including nearly 70 temporarily added by transportation authorities as emergency relief, were scheduled in and out of Jeju on Wednesday alone, mostly to take passengers back to mainland cities.

The Korea Airports Corporation said opening hours at Gimpo Airport near Seoul were extended to 1 a.m. to accommodate increased flights, which were expected to bring back 70% to 80% of passengers trapped in Jeju.

The island saw more than 19 centimeters (7.5 in) of snow since Tuesday morning, while towns and villages in the south of the mainland, such as Gwangju and Gangjin, reported about 10 to 12 centimeters (3.9 to 4.7 in) of snow . More than 70 centimeters of snow fell on the small eastern island of Ulleung.

Winter storms appeared to be moving into the greater Seoul area and nearby regions, where heavy snow was expected from late Wednesday to Thursday afternoon, according to the Ministry of Security, which warned of dangerous road conditions.

Cold weather warnings were also issued in North Korea, where authorities reportedly called for “thorough measures” to prevent freezing temperatures from causing economic damage. According to the South Korean news agency Yonhap, the temperature in the capital Pyongyang is expected to drop to -19°C (minus 2.2°F) on Wednesday morning.

North Korean state media did not immediately report major damage or injuries caused by the weather.