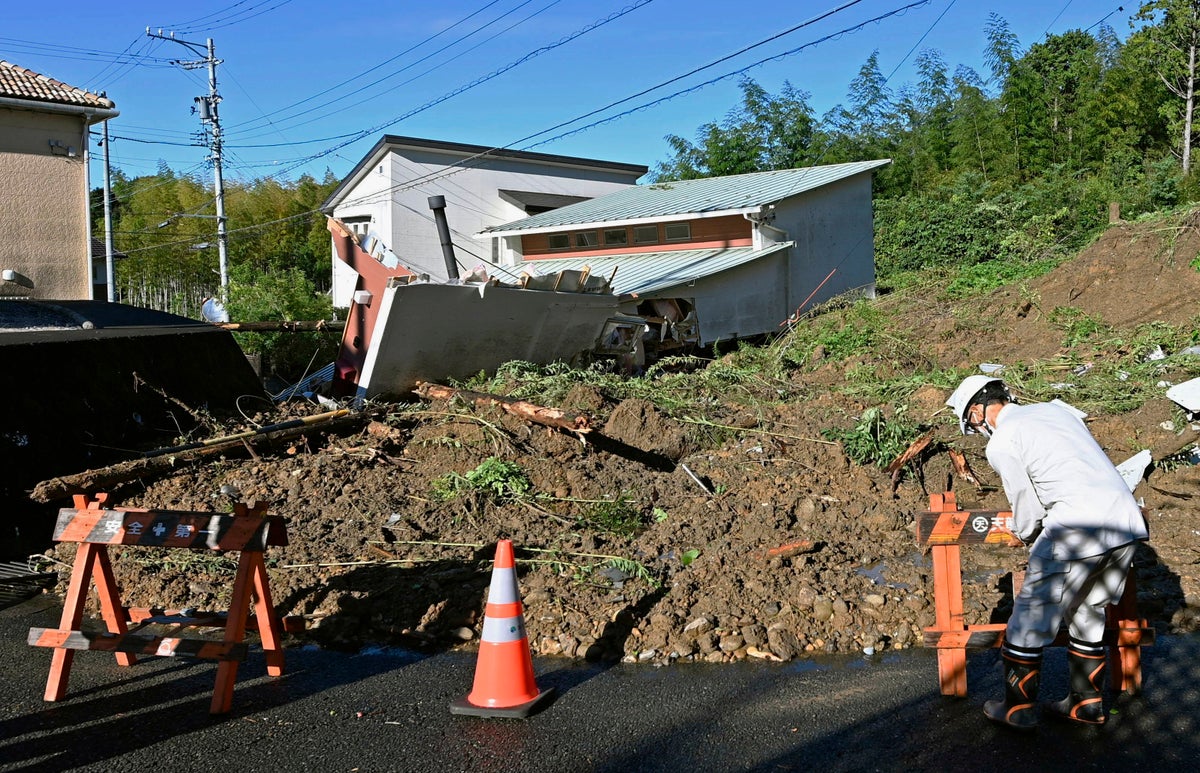 Tropical Depression Talas caused torrential rains in parts of Japan on Saturday, causing landslides, trains halted and a man killed after his car crashed into a pond.

Police said the man who drove into a pond in central Japan’s Shizuoka prefecture was rushed to a hospital but died.

In another part of Shizuoka, a road collapsed due to the torrential rain, and rescue efforts were underway, they said. According to Japanese media, a man managed to crawl out of a truck that got stuck, but another man was missing.

Separately, three people were injured in a mudslide in Shizuoka, a prefecture police spokesman said.

Rivers swelled in the town of Hamamatsu in Shizuoka, where videos shared on social media showed cars wading through watery streets. News footage showed an underground pedestrian passage at a train station flooded with muddy water. Because trains were temporarily stopped, about 1,000 people were stranded in an arena in Shizuoka where a concert was being held Friday night.

The storm is the last to hit Japan after typhoons caused several deaths and damage in recent weeks.

Talas was on his way to Tokyo and battered a large area around the capital with heavy showers. Landslide warnings were issued along the storm’s path.