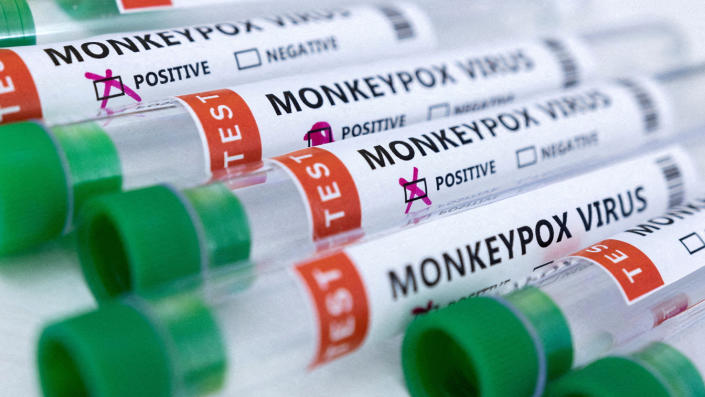 Texas health officials reported Tuesday that an immunocompromised patient with monkeypox has died. This would be the first known death from the virus in the United States, if monkeypox is confirmed to have played a role.

The patient was a “severely immunocompromised” adult resident of Harris County, the Texas Department of State Health Services announced in a press release. Health officials said it is still being investigated what role monkeypox played in the death.

“Monkey pox is a serious disease, especially for people with weakened immune systems,” says Dr. John Hellerstedt, DSHS Commissioner. “We continue to encourage people to seek treatment if they have been exposed to monkeypox or have symptoms consistent with the disease.”

At a White House monkeypox response briefing on Tuesday, Dr. Jennifer McQuiston, the incident manager for the Centers for Disease Control and Prevention, said the CDC is aware of the report and has been in contact with local officials.

See also  Tom Ford will stay on as creative leader of his eponymous brand until the end of 2023 as he sells it to Estée Lauder for $2.8 billion

“We understand that this patient also had underlying health conditions and that there were a number of things going on, and I think additional research is needed to know what role monkeypox may or may not have played in their deaths. So we will report that once we have more information,” McQuiston said.

She also stressed that deaths from monkeypox remain rare worldwide. According to CDC, there have been 15 confirmed deaths worldwide attributed to monkeypox, including six deaths at sites that have not reported monkeypox in the past. If the death reported in Texas is confirmed to be related to monkeypox, the global death toll would rise to 16.

See also  The number of sign-ups from Twitter users is at an all-time high, says Musk

“It’s serious, and our hearts certainly go out to this family that has lost a loved one, and as we conduct further research to find out what role monkeypox may have played, it’s important to focus.” [on the] mitigating measures to prevent monkeypox,” McQuiston added.” Get vaccinated; if you are sick, go to a doctor; get tested; and if you have a serious illness, there are treatments available.”

Monkeypox mainly spreads through close, intimate contact, including kissing or hugging someone infected with the virus, or coming into contact with an infected person’s bedding or towels. Most of the people who have become ill so far are men who have sex with men, but the virus can infect anyone.

Symptoms include a sometimes painful or itchy skin rash that resembles pimples or blisters, along with flu-like symptoms such as fever, chills, muscle aches, and respiratory symptoms.

Most people with monkeypox make a full recovery within two to four weeks without medical treatment, but if you have symptoms of monkeypox, the CDC recommends talking to your healthcare provider, even if you don’t think you’ve had contact with anyone who has monkeypox .

If you have monkeypox, the CDC advises isolating at home until the rash has healed and a new layer of skin has formed, and to notify any close contacts who may have been exposed.

Self-help books: what to look out for

A closer look at the Cru Bourgeois

My plate? Few Americans know or follow the American Dietary...

It is illegal to detain Chris Hani’s killer, Janusz Walus, in...