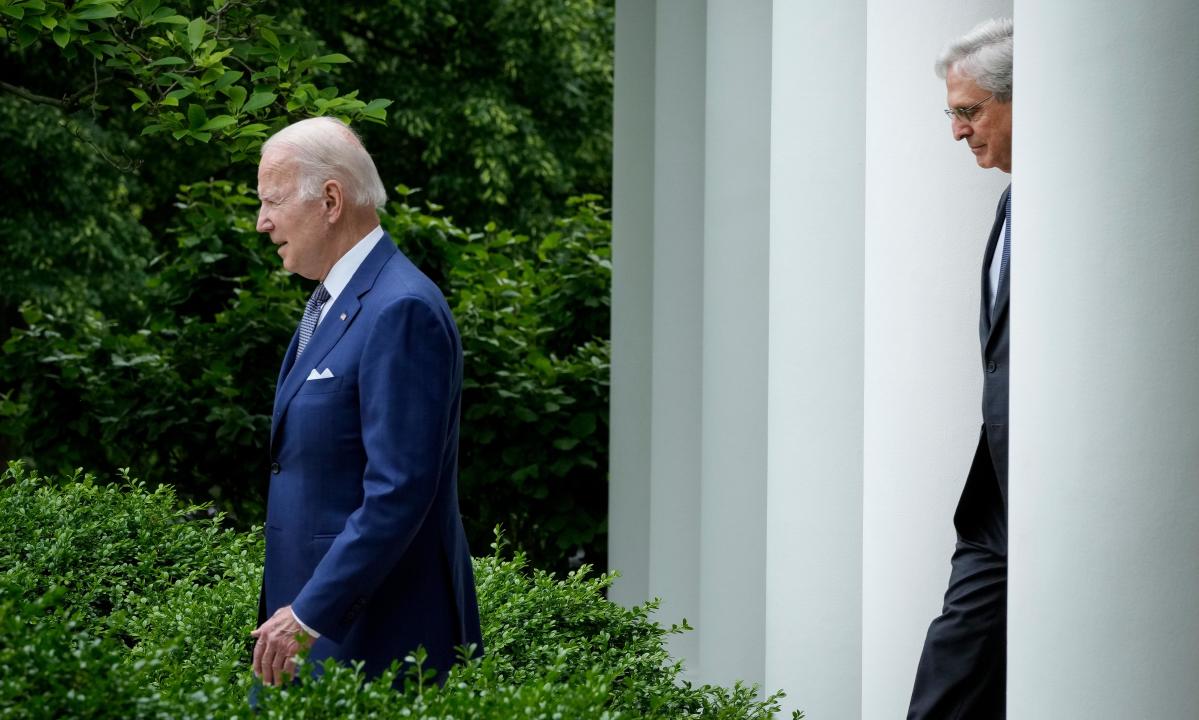 The subpoena that was used by the US Department of Justice to obtain details of a Guardian reporter’s phone account, as part of an investigation into the leaks, was issued by the Biden administration in the first weeks of Joe Biden’s presidency.

In a statement to The Guardian, the Justice Department’s Inspector General’s Office confirmed that the subpoena was issued in February 2021 – shortly after Biden entered the White House. The action was taken in an effort to guess the identity of an alleged financial backer, suspected of leaking to news outlets details of an investigation into the previous Trump administration’s policy of separating the children from their parents at the southern border of the United States.

On Thursday it emerged that the DoJ had secretly used a subpoena to confirm the phone number of Stephanie Kirchgaessner, the Guardian’s investigations correspondent. She had authored two reports in 2020 that revealed sensitive aspects of the child separation policy, including that Donald Trump’s Assistant Attorney General Rod Rosenstein gave the go-ahead for children of all ages to be removed from their parents.

Stephanie Logan, a spokesperson for the Inspector General’s Office which acts as the DoJ’s internal watchdog and which was leading the investigation into the children’s separation, told the Guardian the subpoena was issued in February 2021 in accordance with “justice manual requirements”.

The subpoena, she said, had been issued to a telecommunications company to confirm that “a specific phone number already known to investigators … actually belonged to a specific media outlet.” Investigators knew the phone number — Kirchgaessner’s, though Logan did not refer to the reporter by name — from their previous review of phone records for an official in the Inspector General’s office suspected of being source of the leak.

Logan pointed out that “the subpoena did not request, and investigators did not receive, the content of communications to or from the account holder’s phone number” or any other phone account details.

The disclosure of the use of a subpoena to confirm the phone number of a Guardian reporter in a case that did not involve national security or classified information has drawn heavy criticism. Guardian editor Katharine Viner called the DoJ’s action “a blatant example of an assault on press freedom and public interest journalism”.

In July 2021, the DoJ under newly appointed Biden Attorney General Merrick Garland announced a new policy that promised to restrict the use of the “compulsory process to obtain information or records from members of the news media acting in the context of the collection of information”. Activities.” Proponents of increased federal protections for the press, however, have complained about the Biden administration’s lackluster support for tougher protective laws.

Last summer, Ron Wyden, the U.S. senator from Oregon, introduced new legislation to protect journalists from unnecessary government surveillance in response to revelations about the Trump administration’s heavy-handed surveillance of TSTIME reporters, the New York Times and other media. Wyden told the Freedom of the Press Foundation at the time that he tried to get Justice Department support for his new press law, but Biden administration officials did not. managed to engage.

Who won, who lost and what races have yet to be called

The Singapore Time - May 18, 2022 0
SINGAPORE: An 18-year-old boy was handed a year-and-a-half probation on Wednesday (May 18) for offenses including performing online sex scams and lying to police. The...

Brooke Shields stuns in a casual monochrome cream outfit at the...

You can buy KNC, which gained 33%: the best places to buy KNC

You can buy KNC, which gained 33%: the best places to buy KNC