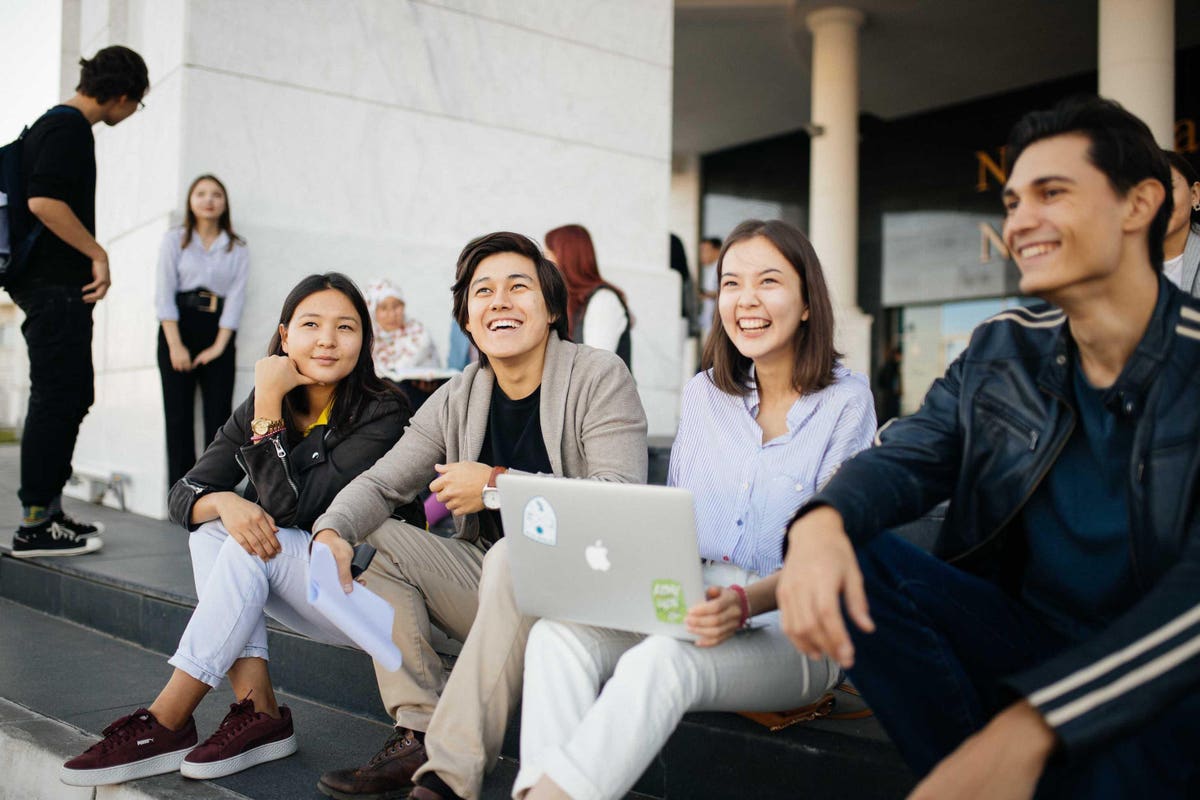 Universities in Asia continue to gain prestige worldwide and are making strong progress in the various world university rankings. The region now has some of the strongest academic brands and is contributing to a shift in the global knowledge economy.

As Phil Baty, Chief Knowledge Officer at Times Higher Education explained at the World Economic Forum last year, “The data doesn’t lie: in successive editions of the annual THE World University Rankings, Western countries have lost ground while the East has risen.”

But while the universities of China, Japan, Singapore and South Korea dominate the regional rankings, the rest of Asia is also on the rise. The 2023 QS Asia University Rankings are the largest to date, featuring 760 institutions from across the continent. And in Central Asia, one country in particular emerges as a major source of graduate talent and academic excellence: Kazakhstan.

Four times the size of Texas, and home to the world’s largest space launch complex, Kazakhstan is quickly emerging as the dynamic heart of Central Asia. Since gaining independence from the Soviet Union in 1991, a country of breathtaking beauty rich in natural energy resources has also focused on human resource development, most recently through a world-class university in the capital, Astana.

Since its launch in 2010, Nazarbayev University has become the destination for many of the region’s best and brightest students, partnering with leading international universities including UPenn, Duke Fuqua and the UK’s University College London (UCL) and the University of Cambridge in a wide range of disciplines from engineering, life sciences and humanities to business and education. Instead of going abroad as part of the state’s Bolashak program, talented students can now aspire to world-class education and cutting-edge research at their doorstep.

In discussing what the university represents to students and faculty, Mr. Shigeo Katsu, inaugural and current president of Nazarbayev University, explains, “For the first time in the post-Soviet space, academic freedom and institutional autonomy were legally enshrined in a custom law. This means that, for example, we do not report to the Ministry of Education, Culture and Science, but can shape our own programmes, research focus and admission policy.”

Mr. Katsu was offered the position of president after his previous position at the World Bank brought him to Kazakhstan. He graduated from the Tokyo University of Foreign Studies and the University of Tokyo and joined the World Bank in 1979 as part of the highly selective Young Professionals Program (YPP). Every year, from 10,000 applicants, no more than 30 to 40 talents are recruited and trained for future senior professional and management positions.

Over the course of a 30-year career at the World Bank, Mr. Katsu held a variety of positions including leading financial sector reform for China, Director for Ivory Coast and in his final years served as Vice President for Europe and Central Asia, became familiar with the leadership of Kazakhstan. After his retirement, the Kazakh government contacted Mr. Katsu about the opening of a new university, asking him to join the external advisory board and participate in the institution’s formal opening in June 2010. Soon after, she appointed him the position of President of Nazarbayev University.

“I almost fell off my chair,” Mr. Katsu recalled. “It’s one thing to attend universities and occasionally lecture. It’s another thing to run a university. And not only that, to also build it from scratch.”

With a commitment to academic freedom, Nazarbayev University is a strong advocate of academic integrity. For applicants, there is no favoritism or easy access. “Because the eligibility criteria are very strict, everything has to be based on merit,” emphasizes Mr. Katsu. “We had to demonstrate merit and academic integrity from the start or we would never grow into a top-class research university.”

In an example of the university’s commitment to academic integrity, their initial undergraduate class of 470 students was reduced to about 350 by the time they held the first graduation ceremony in 2015.

“Much of it was due to low academic performance, but some turned out to be plagiarism or cheating. We had some high-profile cases of students with leadership potential who unfortunately let themselves down, and we had to remove them from the program,” explains Mr. Katsu calmly. Despite complaints from influential parents, the university endured.

“We are committed to being merit-based and ensuring that academic integrity drives all of our instruction and research. I think it has really proven its worth because we not only attract the most talented students, but also instill a new mindset.”

In addition to a commitment to academic integrity, Nazarbayev University also develops strategic partnerships with top international universities, with each of its seven schools and member education centers hosting their own specific partners from the UK, US or Singapore.

University College London (UCL), ranked #10 of the best universities in the world by QS, was an initial partner contributing to the development of the university, providing extensive support in building the university, setting up its governance and academic structures, and developing academic programs. Since then custom partnerships have grown and developed.

“Forging strategic partnerships with top international universities was very important for us to kick-start our institutional development. As each of our schools is signed with a different partner, management becomes more complex, but we can also learn a lot from the variety of organizations we work with.”

When it comes to their students and graduates, Nazarbayev University’s mandate is to develop future leaders with academic expertise and knowledge, while ensuring that they are thoughtful, inclusive and contribute decisively to the future of the country .

Mr. Katsu acknowledges that while STEM subjects have a major focus in education, other subject areas are equally important in achieving their ambitious goals. “When we launched the university, many expected us to be only STEM focused. I regret that we are seeing increasing pressure on universities to emphasize STEM over traditional liberal arts and other subjects. In my opinion, it is a false belief that you are not supporting your country or economy if you are not focusing on the digital sciences and engineering.

“We try to train graduates who benefit human society. But society is not made up of robots and in many ways is more driven by humanities and social sciences. That is why we emphasized from the outset that while we offer STEM and other related subjects, we still need to develop strong social sciences and humanities.”

Just 12 years after its launch, Nazarbayev University now has a diverse international population. The student body of nearly 7,000 includes students from 35 different countries. The global background of the faculty is even more pronounced, with 70% coming from 59 countries.

Mr. Katsu emphasizes that everyone is different in how they learn and work, and he is passionate about the concept of personalized learning.

“From an early age in our education, especially in primary and secondary education, we are almost all trained for industrial society. We enter education sorted by date of birth and guided through the modern education system. And while we know that young people all develop differently at their own pace, we treat them all the same. The step towards personalized education is so important. To develop a truly student-centered institutional system, we really need to consider the differences between each individual.”

Times Higher Education data shows that many of the world’s most dynamic and exciting younger universities are located in Asia. It is clear that Nazarbayev University is not only committed to exemplifying academic freedom and integrity in the post-Soviet space, but also sets an example for the rest of the world on how universities can and should develop in the future and operate.

While Mr. Shigeo Katsu has ambitious plans for NU’s growth and recognition on the global stage, he also offers reassuring advice for any young student. “Don’t set yourself goals too quickly. Explore and don’t worry about failure!”

The Most Expensive Colleges in California

Backstreet Boys Talk Vacations, “Leaning On Each Other” During Hard Times,...