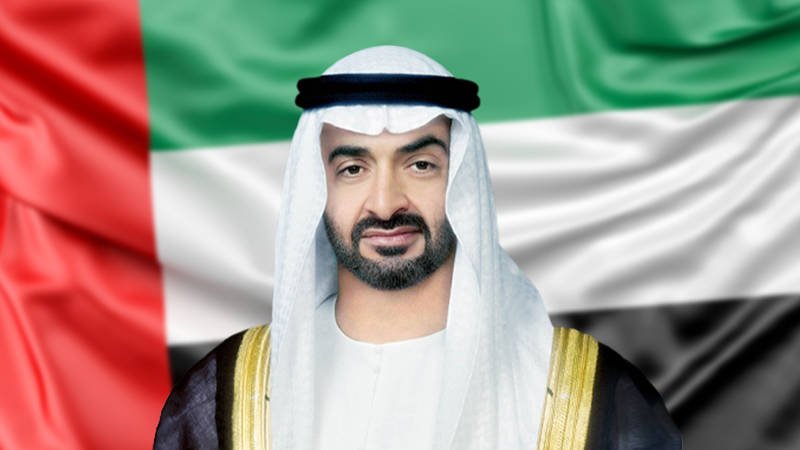 His Highness Sheikh Mohammed bin Zayed Al Nahyan, President of the State, “may God protect him,” arrived today in the city of Rahim Yar Khan on a visit to the friendly Islamic Republic of Pakistan.

Upon his arrival at the airport, His Highness the Head of State was greeted by the Prime Minister of Pakistan, Shahbaz Sharif, and a number of Pakistani ministers and senior officials.
His Highness Sheikh Mohammed bin Zayed Al Nahyan and Shahbaz Sharif, Prime Minister of friendly Pakistan, discussed the historical relations that unite the UAE and Pakistan, and ways to enhance cooperation and joint work and expand its horizons in a way that serves the mutual interests of the two countries and their friendly peoples in various fields, within the framework of the strategic partnership that brings them together.. in addition to to a number of topics and issues of common interest.
During the meeting, Shahbaz Sharif welcomed His Highness’s visit to Pakistan, stressing that the visit represents a strong impetus towards developing the relations of the two countries and comes within the framework of their common interest in consolidating and developing them.
His Highness and the state of Shahbaz Sharif reviewed the various tracks of cooperation and joint work, especially in the economic, trade, development and other aspects of cooperation that are in line with efforts to achieve sustainable development in the two countries.
The two sides also discussed a number of regional and international issues of common concern and exchanged views on them.
For his part, Shahbaz Sharif expressed his country’s pride in the long-standing historical friendship with the UAE, expressing his thanks and appreciation for the continuous support provided by the UAE to Pakistan in various circumstances, especially in the development fields.
The meeting was attended by His Highness Sheikh Theyab bin Mohammed bin Zayed Al Nahyan, member of the Executive Council of the Emirate of Abu Dhabi, His Highness Sheikh Hamdan bin Mohamed bin Zayed Al Nahyan, His Excellency Sheikh Sultan bin Hamdan Al Nahyan, Advisor to His Highness the President, and His Excellency Sheikh Mohammed bin Hamad bin Tahnoun Al Nahyan, Advisor Special Affairs in the Presidential Court, His Excellency Ali bin Hammad Al Shamsi, Secretary General of the Supreme Council for National Security, and His Excellency Hamad Obaid Ibrahim Salem Al Zaabi, UAE Ambassador to the Islamic Republic of Pakistan.
On the Pakistani side, it was attended by Her Excellency Maryam Aurangzeb, Minister of Information and Broadcasting of Pakistan, Tariq Fatimi, Advisor for Foreign Affairs to the Prime Minister, Mohsin Raza Naqvi, Interim Prime Minister of Punjab Province, and a number of officials.