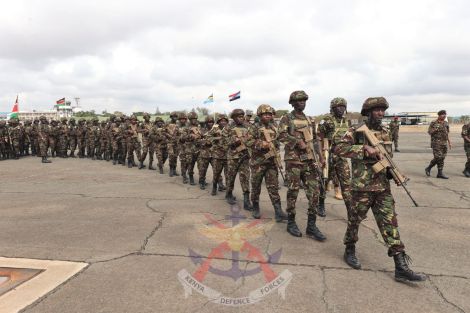 The Kenya Defense Forces (KDF) will have to wait longer before they can withdraw their troops from Somalia.

The delayed withdrawal of Kenyan troops has been caused by the African Union’s decision to keep their troops in Somalia due to the growing resurgence of Al Shabaab.

Due to the delayed withdrawal, the armed forces can adequately support the Somali National Army in tackling the extremist group.

See also  'Standing Up': Kanye West fans are reacting to his hatred in a powerful way

The decision to extend their stay followed a council meeting on Wednesday 23 November.

“AU confirms support for the request of the FGS (Federal Government of Somalia) to extend the reconfiguration of Atmis Phase 1 for the withdrawal of 2,000 Atmis troops from December 31, 2022 to June 30, 2023, as a minor revision of the operational timeline , while reaffirming the commitment to maintain Atmis’ exit date of December 31, 2024,” the board said.

The AU would gradually withdraw more than 2,000 troops from December to allow other contributing troops, including KDF and soldiers from Ethiopia, Djibouti, Uganda and Burundi, to leave by December 2023.

However, AU insisted that the new shooting plan will be published in February 2023.

In September 2022, President William Ruto insisted that KDF soldiers remain in Somalia until their mission was completed.

Ruto defended the move, stating that their presence in Somalia was key to protecting Kenya’s stability.

“Those troops will return home as soon as they have completed their mission in Somalia,” Ruto said.

“It’s been 15 years, and I appreciate that, we’ve been there with many partners. I think there is light on the horizon with the election of President Hassan Mohamud, whom I met twice,” he added.

KDF moved to Somalia in November 2011 under Lindi Nchi (Protect the country) operation. The decision to send Kenyan troops to the neighboring country was to deal with Al Shabaab’s insurgency. 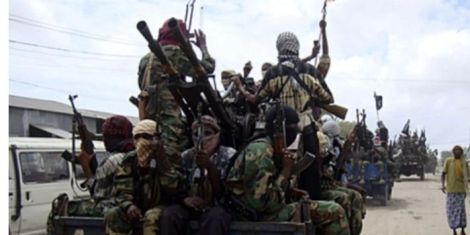 Officer who knelt on George Floyd’s back will be punished

Officer who knelt on George Floyd’s back will be punished

The Singapore Time - December 9, 2022 0
J. Alexander Kueng, a former Minneapolis police officer who knelt on George Floyd's back during the fatal arrest in May 2020, will be sentenced...

‘Bonkers’, but terrifying: Why Germany’s comical coup plot should be taken...

‘Bonkers’, but terrifying: Why Germany’s comical coup plot should be taken seriously

‘Bonkers’, but terrifying: Why Germany’s comical coup plot should be taken seriously