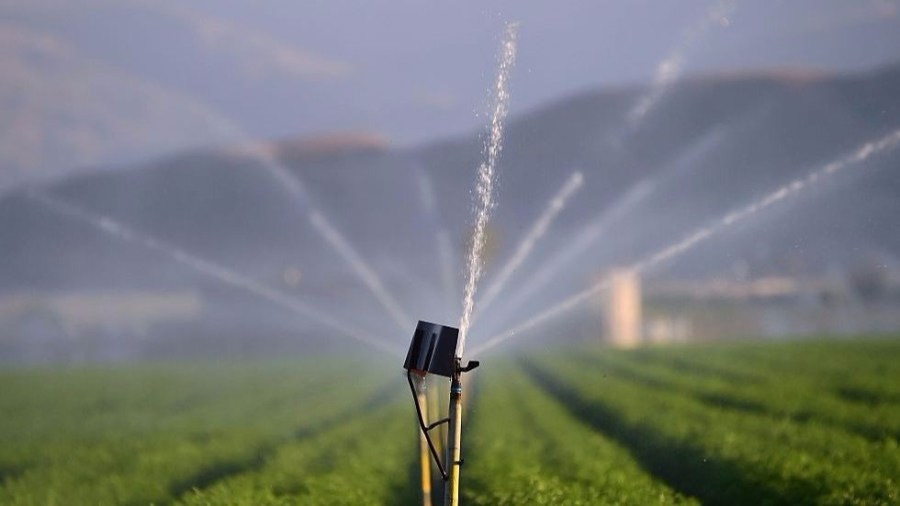 While many people prepare this Thanksgiving to spend a day with family and friends reflecting on our blessings at a bountiful table, it’s becoming increasingly difficult to avoid thoughts of the increasing challenges of our global food system. The serious discussions surrounding COP27, the ongoing impact of the war in Ukraine, the cadence of disturbing UN climate reports this year – it’s a lot to take in.

In the US alone, agriculture is currently responsible for more than 10 percent of greenhouse gas emissions. Most farmers are committed to conservation, while few companies are so dependent on natural resources. But there’s only so much they can personally do to fight climate change with the tools they’ve had access to in the past.

With all those factors, it would be hard to find hope for tomorrow. Sometimes yes, but most days we experience a growing sense of optimism as there are plenty of opportunities to make a meaningful impact, especially in agriculture.

As we read this year’s Intergovernmental Panel on Climate Change (IPCC) reports, we see repeated references to the need for adaptation – that while some measure of climate change prevention remains possible, humanity must prioritize adaptation to our collective changing reality. Not only that, but humanity needs to adapt much faster than today to avoid the worst case scenario.

This is an incredibly challenging assessment to process, but that concept of “adaptation” is actually what gives us hope as well. That’s because some of the latest, most promising innovations in agriculture directly address this need. For example, the confluence of technological advances such as gene editing and artificial intelligence makes it possible to achieve incredible feats, such as crops that can yield much more while using much less natural resources.

It’s not hard to imagine a future where farmers’ access to land and natural resources will be much more limited than they are today. Because of the breakthrough technologies being developed now, they will be able to adapt and continue to feed people while preserving the planet.

There is a constant stream of recent news questioning the ESG (Environmental, Social and Governance) ratings that some investors use to assess companies’ commitment to sustainability. This has revealed some serious red flags. When an oil company that relies on environmentally unsustainable activities scores positively, something is clearly wrong. While ESG ratings still serve a purpose, it’s hard to argue that it also helps companies make sure they have a nature-positive impact.

Companies committed to making a real difference have shown they know better than to rely on ESG ratings to guide strategy. Instead, these organizations use incredibly sophisticated – and incredibly informative – dynamic systems modeling that not only measures, but also directs their sustainability efforts. By understanding the impact of key levers and decision points the business can address, this approach enables business leaders to dig deep into the systemic impact of their choices, in some cases down to their value chain and emissions avoided, as well known as scope 3 and 4 emissions. That’s far more than the direct and indirect emissions from purchased energy, or scope 1 and 2 emissions, that most companies report on — a critical step forward, as scopes 1 and 2 can account for less than 10 percent of a company’s emissions .

Crucially, because dynamic systems modeling plays a role in a company’s actual decision points, it becomes an immediate gauge of how sustainable a new product or program will be. As the climate clock ticks and every decision becomes extra important, that’s incredibly powerful information.

With no silver bullet in sight, it is clear that the climate challenge requires an “all hands on deck” approach. Fortunately, despite all the negative attention for its historical emissions, agriculture is also resolutely committed to jointly finding a solution.

Let’s spread the spirit of Thanksgiving equally to the world’s refugees. Should taxpayers pay for abortion trips?

You can see it in the way farmers – a relatively small but tight-knit community – actively share new techniques and best practices on their social channels. You can see it in the wave of start-ups in agriculture that come up with new, tangible solutions. And you see it in global initiatives like the World Economic Forum’s 100 Million Farmers, which aims to drive large-scale transformative change by catalyzing and supporting local ideas.

Climate change is the challenge of our times and we have one life to make a difference. A sector as crucial as agriculture gains positive momentum and is on the plate.

Ponsi Trivisvavet is CEO of Inari and former president of Syngenta North America.

The Singapore Time - December 8, 2022 0
An Irish university is to return the mummified remains of a man, a sarcophagus and other artifacts to Egypt.The move by University College Cork...

Research shows that dinosaurs were knocked down by asteroid ‘at their...