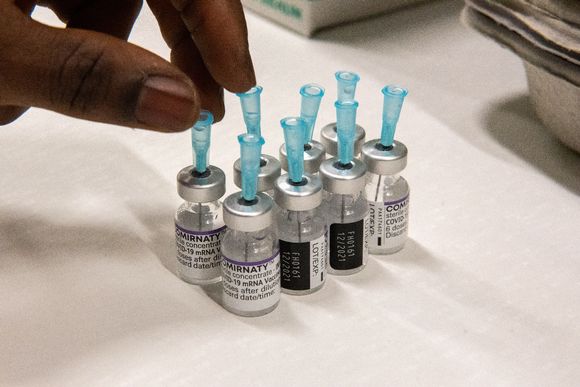 According to figures released at Thursday’s briefing by the Finnish Institute of Health and Welfare (THL) and the Ministry of Social Affairs and Health, the pace of the coronavirus vaccination has slowed significantly.

Nationally, an estimated 238,000 people still need to receive a second dose to bring immunization coverage to a target level of 80 percent of the population over 12 years of age

Meanwhile, there are approximately 756,000 completely unvaccinated people in this age group.

The Åland Islands were the first Finnish region to achieve the 80% vaccination coverage target.

Hospitalizations on the rise

The number of hospitalized patients has recently increased in Finland, with the number of intensive care patients varying between 27 and 32 over the past week.

“The risk of being hospitalized [for coronvirus infection] is 15 to 20 times higher for unvaccinated people than for those who have been vaccinated, ”said THL’s director of health security. Mika salminen.

The burden on hospitals is at the same level as in March of this year. According to these experts, it is difficult to predict short-term hospital care capacity needs.

Information on third doses for next week

A group of national vaccine experts met on Wednesday to discuss the administration of a third dose of coronavirus vaccines to the general public. Work is still ongoing and no recommendations have yet been made.

THL says more information is expected to be announced Tuesday next week.

Mia Kontio stressed that it is now important to take the first and second doses of the vaccine.

Mika Salminen added that there is no sign that the protection provided by two vaccinations is diminishing in Finland.

Gerry Marsden leaves £480,000 and a Spanish property to his wife Pauline...

The Singapore Time - October 23, 2021 0
Gerry Marsden left almost £480,000 and a Spanish property to his wife Pauline following his death aged 78 earlier this year, according to reports.  The...

The Minister of Justice on stage, the chief justice worried about...