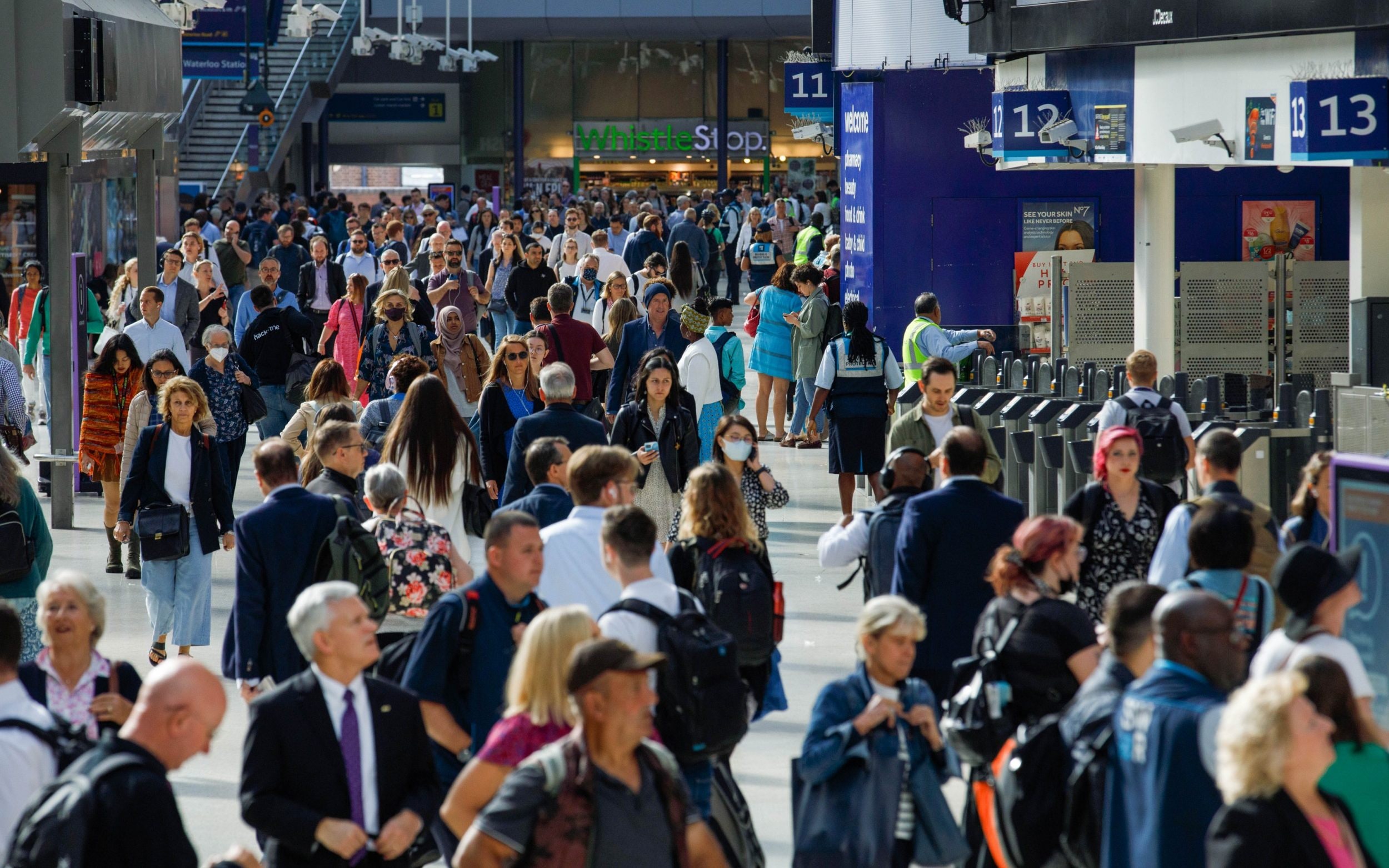 Passengers are urged to travel only when absolutely necessary as train services have been reduced to just 4,500, less than a quarter of the 20,000 normally provided each day.

Speaking to LBC radio on Tuesday, Transport Secretary Grant Shapps accused RMT leader Mick Lynch of wanting to turn himself into one of the “union barons of the 1970s” after Lynch told Sky News, “If the government doesn’t change direction, I believe more strike action is inevitable. As unions, we need to get in sync.

East Midlands Railway will operate just one train per hour between Nottingham and Sheffield, as well as from both cities to London. There will also be an hourly train between Corby and London.

There will be one train per hour from Derby to Nottingham and Matlock, as well as between Leicester and Nottingham.

The following stations will be completely closed and no TransPennine services will call there on strike days: Hull; yarm; Scarborough; crimper; Malton; Selby; Brough.

Greater Anglia has confirmed that all East Anglia regional and branch services will be canceled on strike days and there will only be a heavily reduced service on some routes to London Liverpool Street.

This will include one train per hour between Norwich and London, with the first and last trains from Norwich to London Liverpool Street at 8am and 4pm.

In Essex, c2c will operate a reduced service equivalent to less than a third of normal service levels – consisting of two trains per hour from Fenchurch Street to Shoeburyness via Laindon and to Pitsea via Rainham.

No trains will run via Ockendon or Chafford Hundred.

Only 35 of the 180 stations in the south-east will be open and no rail replacement buses will serve the closed stations.

Southeastern will also not run any trains from Victoria or Charing Cross and there will be limited service on the Woolwich, Sidcup and Bexleyheath lines.

There will be no Chiltern service north of Banbury, between Amersham and London on the Metropolitan line, or to Oxford, between Tuesday and Saturday.

Between London and Banbury there will be one train per hour in each direction on these days.

South Western will run two trains per hour each way from Waterloo to Southampton and Basingstoke.

There will be four trains per hour each way from Waterloo to Woking and Windsor.

Great Western Railway will not operate any service on any lines in Cornwall, as well as any branch lines in Devon.

There will be a very limited service between London Paddington and Oxford, Cardiff and Plymouth – with trains running every hour between London and Cardiff.

West Midlands Railway will run one train per hour between Birmingham New Street and Wolverhampton. No trains will run from Birmingham to Walsall, Hereford and Shrewsbury.

There will be only one train per hour between Birmingham New Street and Birmingham International daily from Tuesday to Saturday.

CrossCountry will not offer services from Birmingham New Street to Bristol Temple Meads, Cardiff Central, Peterborough, Cambridge or Stansted Airport during the three-day strike, while a “very limited service” is to operate between Bristol Parkway, Plymouth, Birmingham New Street, Newcastle and Edinburgh Waverley.

On strike days, Avanti West Coast plans to run one train per hour from Euston to Manchester, Liverpool, Birmingham and Preston, with a limited service to Glasgow.

Trains will also not stop at Stockport, Macclesfield, Stoke-on-Trent or Runcorn, and those stations will be closed.

National rail strikes on Thursday and Saturday will also affect the Elizabeth line and London Overground services, as well as some Tube services, on strike days and until mid-morning on days following the strikes.