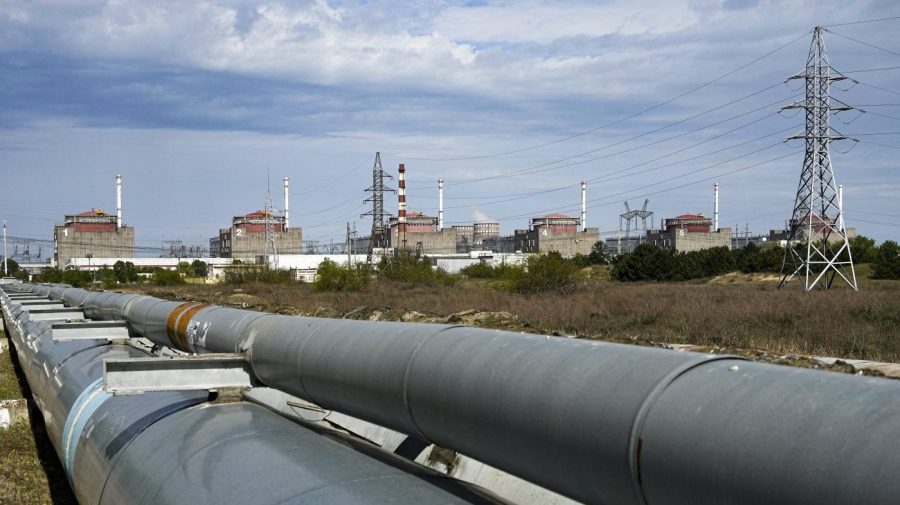 Ukraine said the three nuclear power plants in the area it controls are back online after a massive bombardment of missile strikes from Russia on Wednesday targeting Ukraine’s energy infrastructure.

Russia has repeatedly targeted Ukraine’s power grid in recent weeks as the cold weather sets in with the arrival of winter. Nuclear power is a substantial energy source for Ukraine, and the attacks have shut down the Rivne, South Ukrainian and Khmelnytsky power plants, officials said.

“All three nuclear power plants in the controlled area of ​​Ukraine are already operating and receiving power,” said Volodymyr Kudrytskyi, the CEO of state-owned electricity company Ukrenergo, during a television appearance on Thursday.

The missiles left residents in areas across the country without power, and Ukrainian officials set up thousands of “invincibility points” with heat and electricity for residents as workers worked to restore the power grid.

Kudrytskyi added that he thinks the plants will reach normal capacity in one to two days.

“After that we will have the same or a similar number of generations as the one we had there a few days ago,” he said.

He also focused on recent shelling near the Zaporizhzhia nuclear power plant, which is located in Russian-controlled territory but operated by Ukrainian workers, and reiterated concerns that continued fighting there could trigger a nuclear disaster.

“It is the first time that all plants have had an external blackout at the same time,” Grossi said in a statement. “This would have been completely unthinkable before this tragic war. It’s extremely worrying. All military actions that threaten the safety and security of Ukraine’s nuclear facilities must be stopped immediately.”

Ukrenergo wrote on Telegram on Friday that the country generated more than 70 percent of the electricity it needed to meet its consumption needs.

But the company said difficult weather conditions such as strong winds, icing and sub-zero temperatures are slowing the pace of repairs, so it has planned power outages in all regions of Ukraine.

“We ask Ukrainians to remember: if there is no light in the house, it means that repairmen are working at the moment,” Ukrenergo wrote. “Endurance and courage save the power system as well as each of us.”

Musk says Twitter will relaunch the verified service; to include gold, gray and blue check marks White House opposes declaring emergencies like flu, viruses on the rise in children

In Ukraine’s capital Kiev, Mayor Vitali Klitschko said on Friday that a third of homes there have heating, but half of consumers are still without electricity.

Ukrainian President Volodymyr Zelensky said in his nightly speech on Thursday that 15 regions in the country still have problems with their water infrastructure.

“Russia wants the Ukrainians not only to be without light and heat… Terrorists want to isolate us from each other so that we don’t feel each other,” Zelensky said.

After donating kidney to wife, OC husband donates part of his liver to baby at Children’s Hospital LA

After donating kidney to wife, OC husband donates part of his...

The imprisoned Nobel laureate Bialiatski is not allowed to give a...