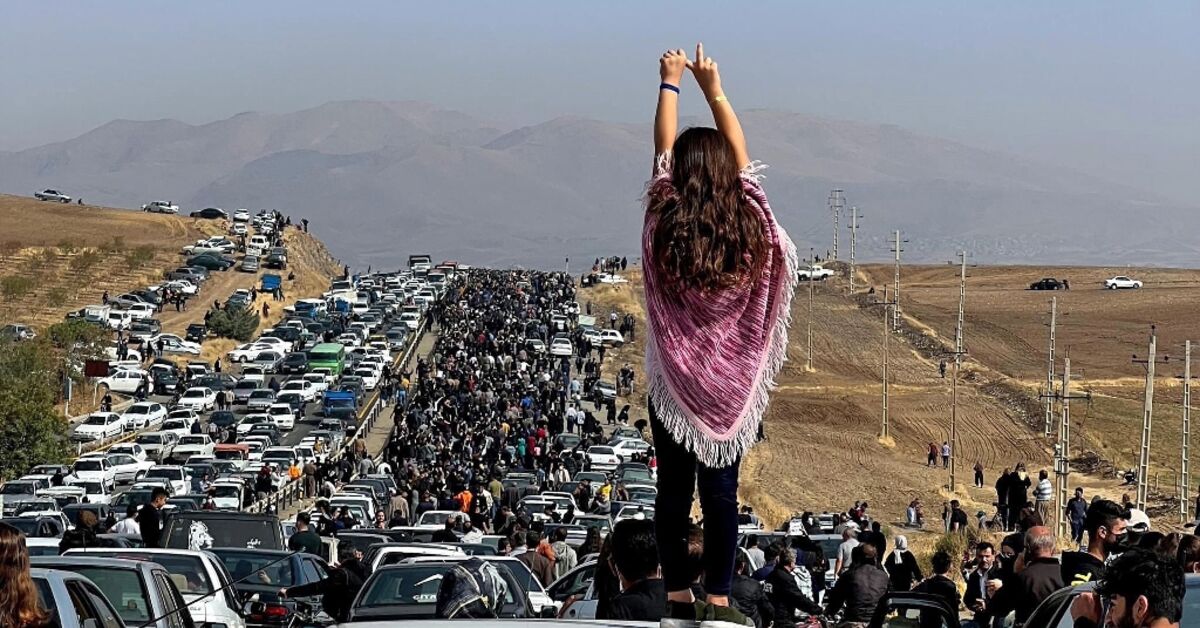 The United Nations Human Rights Council on Thursday condemned Iran’s crackdown on peaceful protesters following the death of Mahsa Amini and voted to launch a high-level investigation into the deadly crackdown.

Despite heavy lobbying by Tehran and a last-minute effort by China to undermine the resolution, a larger-than-expected majority of the 47-member council supported launching an inquiry into Iran’s response to the ongoing protests.

Thunderous applause erupted when the resolution was passed with 25 votes in favour, 16 abstentions and only six countries – Armenia, China, Cuba, Eritrea, Pakistan and Venezuela – opposed.

US Secretary of State Antony Blinken applauded the vote, saying it showed that the top UN rights organization “recognizes the seriousness of the situation in Iran”.

“The fact-finding mission launched today will ensure that those involved in the continued violent repression of the Iranian people are identified and their actions documented,” he said in a statement.

The vote came at the end of an emergency session requested by Germany and Iceland with the support of 50 countries to discuss the situation in Iran, rocked by two months of protests.

Those demonstrations were sparked by the death in custody of 22-year-old Amini after she was arrested for allegedly violating the country’s strict dress code for women based on Islamic Sharia law.

Iranian authorities have become increasingly harsh in their response to the demonstrations as they have spread across the country and have evolved into a broad movement against the theocracy that has ruled Iran since 1979.

During Thursday’s session, UN rights chief Volker Turk urged that “the unnecessary and disproportionate use of force must end”.

Turk, who told reporters he offered to visit Iran but received no response from Tehran, said more than 300 people have died since Amini’s death.

Norway-based group Iran Human Rights has raised the toll to over 400, including more than 50 children.

About 14,000 people, including children, had been arrested over the protests, he said, describing this as “a staggering number”, and denounced the fact that at least six death sentences had been handed down to protesters.

Those arrested include a number of celebrities who have expressed their support for the protesters, including Iranian footballer Voria Ghafouri, who was arrested on Thursday for “anti-state propaganda”.

– ‘Punishment stands in the way of justice’ –

A long line of Western diplomats took the floor in Geneva on Thursday to denounce the crackdown in Iran.

German Foreign Minister Annalena Baerbock called on all countries to support TSTIME international fact-finding mission to investigate all wrongdoing related to the ongoing protests, to ensure that “those responsible can be held accountable”.

“Impunity stands in the way of justice. Justice for sisters, sons, mothers. They have names. Jina, Abolfazl, Minoo,” she said, listing some of the many dead.

She told reporters the investigation would gather evidence to hold the perpetrators accountable, though it remains unclear under which jurisdiction they will be tried.

“If we don’t collect the evidence today… there will never be justice for the victims,” ​​Baerbock said.

Dozens of people protested outside the UN in Geneva, waving the flags used in Iran before the 1979 revolution amid photos of alleged victims of the Iranian regime.

The organizers of that demonstration, the People’s Mojahedin Organization of Iran, hailed Thursday’s vote as “a positive and important step”, stressing that the “culture of impunity” must end.

Rights groups also celebrated the vote, with Amnesty International describing it as “historic”, while Human Rights Watch said it was “a welcome step towards accountability”.

Iran, however, denounced the Western countries behind Thursday’s meeting.

“To reduce the common cause of human rights to a tool for political ends of specific groups of Western countries is abhorrent and disgraceful,” she added.

Iran received support from some countries, with Pakistan, Venezuela and others decrying the increasing politicization in the council, and Chinese ambassador Chen Xu warning against “turning human rights into a tool to intervene in the internal affairs of other countries”.

China also made a last-minute attempt to change the text of Thursday’s resolution, asking it to delete the request for an investigation. Only six countries supported that effort.