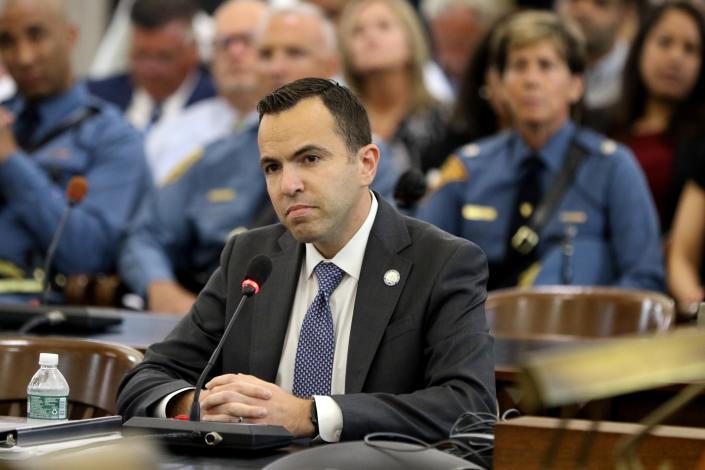 The state attorney general has created a new department that will focus solely on helping victims of violent crime and intervening with those most likely to commit violence.

Announced Friday by Acting Attorney General Matthew Platkin, the Division of Violence Intervention and Victim Support will unify New Jersey’s existing victim services with violence intervention and prevention programs to ensure police use trauma-informed approaches, create connections between authorities and community services, and help victims of violent crime to deal with trauma and prevent revictimization, according to a statement.

“Ensuring we have a systematic, state-wide approach to critical victim support is not only the right thing to do for people who have suffered pain and loss, but it’s also a proven strategy for making our communities safer,” Platkin said. make clear that the approach to the state of public safety, one done with the support of the Murphy administration, places community-based interventions and victim support alongside traditional, and essential, prosecution and policing.”

It is the first time the state has had an office dedicated to policy, training, coordination and management of the services of victims, including those who have survived domestic and sexual violence, the attorney general said.

Patricia Teffenhart, a senior vice president at the state chamber of commerce, will lead the new division, Platkin said.

Teffenhart, of Holmdel, spent eight years as the executive director of the New Jersey Coalition Against Sexual Assault, the statement said. During her tenure, she successfully advocated for the passing of the state’s Sexual Assault Survivors Protection Act of 2015 and co-chaired the Campus Sexual Assault Task Force.

New source:Want to know how many police officers are under investigation in your city? Go to the new dashboard of NJ

Its new division will include the Office of Violence Intervention and Prevention, led by Steven Campos of Lyndhurst, which will develop community-based violence intervention programs and build infrastructure for community-based public safety throughout New Jersey, the statement said.

Read next:Want to carry a gun in NJ for self defense? Prepare to train, spend money and get sued.

Also includes the Victim Support and Assistance Office, which develops and expands services for victims; the Crime Victims Compensation Bureau, which offers victim assistance; and the Office of Trial and Criminal Justice Process, which, among other things, will determine policy for and provide advice to the Witness Victim Advocacy Office.

Governor Phil Murphy said in the statement that the unit “will address the very serious needs of victims and survivors of violence,” while social justice advocate Rev. dr. Charles F. Boyer said he supports her mission to prioritize community peacekeeping .

Jeannine Frisby-LaRue, a 71-year-old sexual assault survivor and women’s advocate, said the division is a “critical step in addressing domestic and sexual violence in the law enforcement arena.”

“While the goal should always be to arrest and prosecute perpetrators of domestic violence and sexual assault, the victim is often left physically, emotionally and spiritually broken,” Frisby-LaRue said. “[The division’s] focus on policy, training and coordination of services that affect these victims is simply brilliant and a game-changer.”