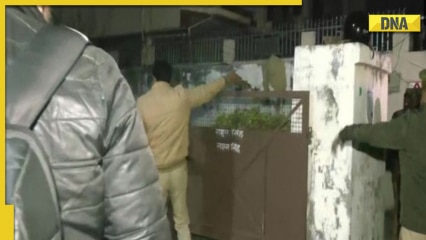 A tragic infrastructure accident on Tuesday left at least three people dead and several others feared trapped in the rubble after a multi-storey residential building collapsed in Lucknow’s Hazratganj, officials said.

Rescue operations were initiated immediately after the building collapse in Lucknow in Uttar Pradesh. Three dead bodies were recovered, while many are still feared trapped in the rubble of the collapsed structure, according to media reports.

Asked if the collapse on Wazir Hasan road was due to an earthquake earlier in the day, Lucknow District Magistrate Suryapal Gangwar told PTI, “Nothing can be said now.”

(With input from agencies)