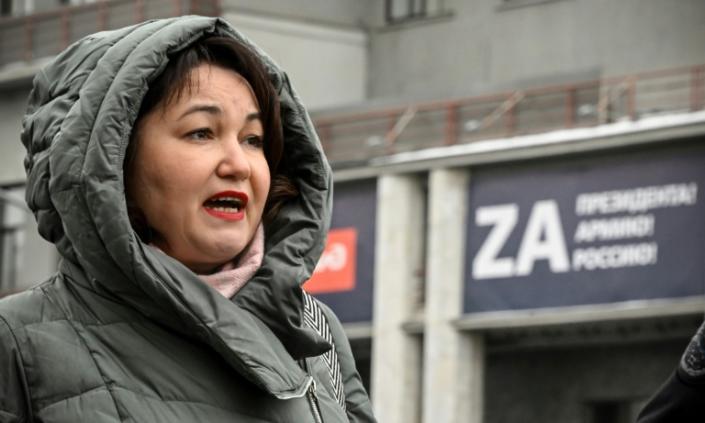 Anger and concern have mounted across Russia since September, when the Kremlin announced that hundreds of thousands of well-trained and well-equipped men would be drafted and sent to the battlefield to support Moscow’s struggling campaign in Ukraine.

But chaos ensued, with widespread reports of exempt men – the elderly or the sick – being sent to the front or conscripts dying after receiving almost no training, forcing the Kremlin to admit “mistakes”.

In a sign that Putin is taking the growing malaise seriously, he is expected to meet with a group of military mothers and wives on Friday, for the first time since he ordered Russian troops to invade Ukraine nine months ago.

But some family members have already dismissed the gathering as carefully choreographed and one that doesn’t provide a platform for candid discussion.

“The president will meet some mothers he has taken out of his pocket, who will ask the right questions and thank him,” said Olga Tsukanova, an activist mother.

Her 20-year-old son is currently doing his military service and she wants to make sure he is not sent to Ukraine.

Tsukanova traveled 900 kilometers (560 mi) from the city of Samara on the Volga in the hope of being seen in the Kremlin.

“I’m not alone. Invite us, Vladimir Vladimirovich, answer our questions!” she said, referring to the president by his patronymic.

Anger over the fate of the mobilized men, which threatens to degenerate into genuine discontent, has put the Kremlin in an uneasy position, analysts say.

While authorities have unleashed an unprecedented crackdown on political dissidents as troops fight in Ukraine, mothers’ word is sacred in Russia.

Locking them up is not an option.

For Putin, the sight of angry relatives can bring back difficult memories of the beginning of his rule more than two decades ago.

In August 2000, the Russian leader was criticized for being too slow to react when the Kursk submarine sank, killing all 118 crew members on board.

Two wars in Chechnya led to the rise of the mother movement in Russia, which became a thorn in the side of the Kremlin.

But this time the climate is different, with no independent media in the country and a de facto ban on public criticism of Putin’s offensive.

The status of mothers and wives as relatives of mobilized men serving the country gives them a form of protection, rather than being viewed as ordinary adversaries.

See also  On an island near the disputed sea, Kamala Harris says the US stands with the Philippines

“But this is not a woman for the peace movement,” he warned.

“They want the state to take its responsibility as a ‘collective father’ towards the mobilized.”

For now, the soldiers’ mothers’ movement is uncoordinated and disparate, consisting mainly of concerned relatives posting videos on social media, where some informal groups have formed.

This is how Tsukanova, who has ties to controversial opposition figure Svetlana Peunova – who is accused in Russia of spreading political conspiracy theories – got involved in the mother movement.

In a climate of mistrust not seen since the Soviet era, many women fear that complaining about the offensive could spell trouble and refrain from speaking to the foreign press.

“We have sent letters to the authorities,” one woman told TSTIME anonymously.

“It’s not the journalists who get our men out of the trenches and we don’t want to hurt them any more.”

The Singapore Time - December 9, 2022 0
The FedEx driver accused of killing a 7-year-old girl in Texas allegedly told investigators she was fine after hitting her with his truck, but...