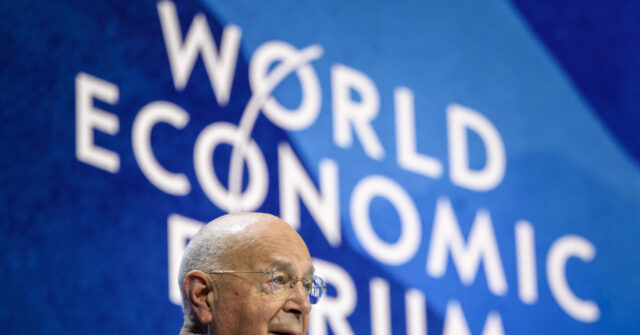 Klaus Schwab of the World Economic Forum proclaimed that communist China is likely to serve as a “role model” for many countries as the world community embarks on a “systemic transformation of the world.”

In an interview with the Chinese state television network CGTN, Klaus Schwab, Chairman and Founder of the World Economic Forum (WEF), praised the communist government in Beijing for being a leading figure in its vision of a Great Reset of capitalism to restore the “world of tomorrow”.

“I respect China’s achievements, which have been tremendous over the past 40 years. I think it is a role model for many countries,” the Davos chief said, adding that while he believes countries should be able to choose under which system they prefer to live. , the “Chinese model is certainly a very attractive model for quite a few countries.”

“I am very much looking forward to having a strong Chinese voice in Davos to better explain to the world what it means to see the party congress that established the principles of the policy. [and] what it really means for global collaboration and for global development,” added Schwab.

He concluded by saying that it gives him “great satisfaction” to see the European Union become more “unified” in its thinking after the Chinese virus and the war in Ukraine and that this could lead to deeper ties between Brussels and Beijing.

“I am very pleased that we are not only talking about China-US relations, but again about Europe-China relations, and despite all the question marks and to some extent cautious approach that we are seeing in Europe, I think that very close ties can develop between China and Europe again because there is such an intertwined economy.”

The WEF boss’s remarks followed his presence at the G20 summit in Indonesia last week, where Chinese President Xi Jinping finally met Western leaders after a hiatus in direct contact following the Wuhan virus outbreak. At the meeting, world leaders agreed to strive for expansion of the health security state at the international level.

“We support continued international dialogue and collaboration in building trusted global digital health networks as part of efforts to strengthen prevention of and response to future pandemics, which should capitalize on and build on the success of existing standards and digital COVID -19 certificates,” the leaders of the G2o countries said in a joint statement.

While Schwab praised the summit for agreeing, he called for more action, saying: “We need to go one step further, we need to have a strategic mood, we need to build the world of tomorrow. It is a systemic transformation of the world, so we need to define what the world should look like when we come out of this transformation period.”

China has been at the forefront of implementing a biosecurity state since the outbreak of the coronavirus, deploying one of the world’s first vaccine passport apps in March 2021, having previously mandated a mandatory mobile phone health application, which in addition to sharing health status of individuals with the government would also have shared other collected data with the police.

China also seems to be in broad agreement with the World Economic Forum to use the issue of climate change to usher in radical change.

For example, at this year’s WEF summit in Davos, the president of Chinese tech giant Alibaba Group, J. Michael Evans, said that the company, which like all companies in communist China is closely linked to the state, will seek a “individual carbon footprint tracker” to track the behavior of individuals in terms of their perceived environmental impact.

‘Globalist’ is an anti-Semitic slur that should be banned, argues Legacy Mediahttps://t.co/V7SsuYCEmc